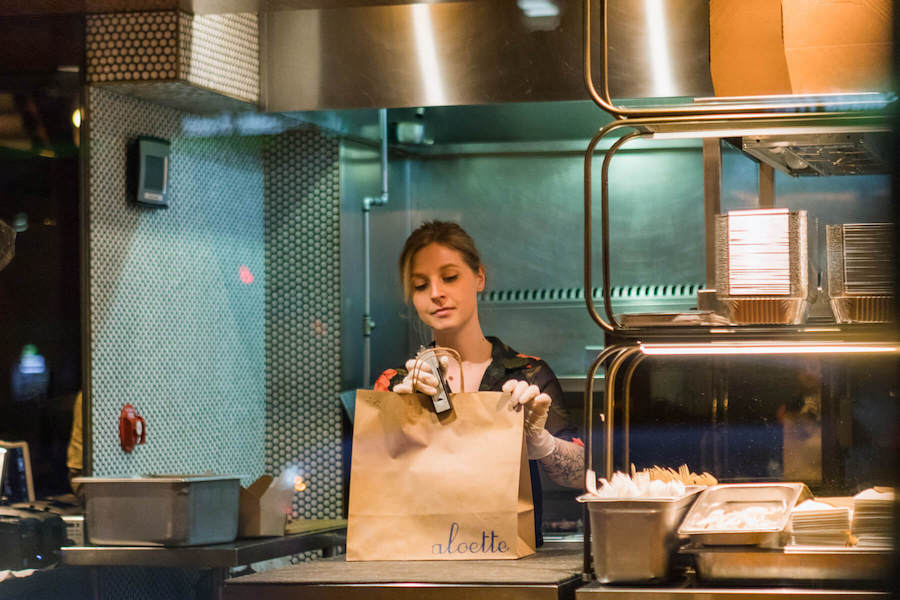 An Ontario restaurant industry group is preparing to enter the food delivery fray with a service that will take on apps Uber Eats and DoorDash.

The head of the Ontario Restaurant Hotel and Motel Association (ORHMA) tells NOW that the service will roll out in Toronto later this year and its drivers will be employees – not contractors.

“As an association, we have been developing a delivery model with a partner,” ORHMA president and CEO Tony Elenis tells NOW. “We’ve managed to keep the commission fees at 9.5 per cent and we’re paying employees – not contractors – decent money with perks. If we’re able to do that, then why can’t the larger players do that at a much more fair commission?”

Apps such as Uber Eats charge commission rates of up to 30 per cent on a restaurant’s delivery orders. Uber also considers its drivers independent contractors and is facing a $400-million class-action lawsuit in Canada that is attempting to force the company to recognize drivers as employees.

Elenis said he will announce further details of the new service “soon,” but adds delivery drivers will go through a screening or recruitment process to ensure “they have the proper qualifications and the competencies required to do that specific job.”

The association’s move comes as frustration mounts within the hospitality sector over both delivery app commissions and public health restrictions targeting food establishments.

Amid a resurgence in COVID-19 cases, Ontario has forced dining rooms, gyms and cinemas to close in Toronto, Peel, Ottawa and – as of October 19 – York Region for 28 days as part of a partial roll back to Stage 2 lockdown.

On October 13, Premier Doug Ford urged delivery apps to slash commissions as a way to help the struggling sector get through the latest round of lockdown measures.

“We need you to help out these mom and pop shops,” Ford said. “Please consider reducing the commission rates you charge the restaurants impacted by these new health measures. We can’t have restaurants paying as much as 30 per cent commission to have their food delivered.”

Two days later, Uber Eats Canada responded by reducing the “delivery-only” commission rate on orders restaurants process themselves using an online ordering platform. The commission will drop from 15 per cent to 7.5 per cent across Canada until the end of the year.

The company also extended a zero per cent commission on pick-up orders until March 31, 2021.

“As delivery moves from a luxury to a utility during the pandemic, we have a responsibility to support restaurants, delivery people, and customers,” said Uber Eats Canada general manager Lola Kassim in a statement. “We’re continuing to build on the needs of our partners to create flexible delivery options and new features that will help local restaurants reach new customers, increase demand, and generate revenue in a sustainable way.”

Asked if Uber Eats would reduce commissions on food orders placed via its app, a rep for the company said “full service fees” apply for restaurants that use the app for both marketing and delivery.

However, the commission for restaurants that use the platform for just marketing and have their own delivery staff is 15 per cent.

“It’s no secret that Uber Eats and others operate at a negative margin so solutions must be sustainable for all sides of the marketplace long-term,” the spokesperson said.

Meanwhile, DoorDash has said the company will waive commissions for 30-60 days for new restaurants that sign up, and SkipTheDishes is cutting commission rates by 25 per cent in Toronto, Peel and Ottawa.

Some MPPs have said Queen’s Park should follow in the footsteps of New York City, Seattle, Jersey City, San Francisco and other U.S. cities by legislating a cap on delivery app commission rates.

However, such government orders have prompted Uber to retaliate by increasing fees for consumers or, in the case of San Francisco, cutting off service to a lower-income neighbourhood.

In New York City, where city council recently extended a temporary measure slashing deliver app commissions, there have been reports of apps continuing to overcharge restaurants. New York’s legislation caps delivery fees at 15 per cent and non-delivery fees at five per cent.

Elenis says he’s consulted with the city on the possibility of a municipally mandated fee cap and says Toronto doesn’t have the legal authority to enforce one.

“Right now, yes, the province definitely needs to [cap the fees],” he says. “We’re living in extraordinary times. We don’t know how long this will last. Toronto has just been locked down for 28 days. How do we know it’s only going to be 28 days?”

The federal government recently topped up a $1.5-billion relief fund for small businesses, has extended the federal wage subsidy and reworked a commercial rent relief program so that tenants can apply directly.