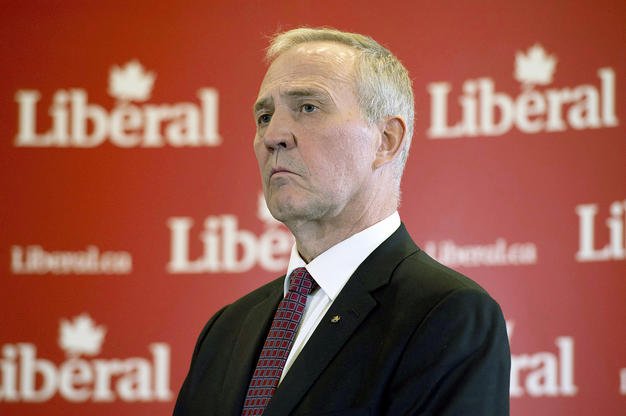 Public Safety Minister Bill Blair says it will take "substantially longer" than a year for a public inquiry into the Nova Scotia mass shooting to release its findings.

Days after appointing a three-person panel to “review” the Nova Scotia mass shooting, the federal government reversed itself last week.

It has now announced a full public inquiry into the circumstances surrounding the deadliest mass shooting in Canadian history.

In explaining the about-face, Public safety Minister Bill Blair said the federal government had “heard the calls for more transparency.”

Blair told CBC Radio on Saturday that the decision “was entirely about the families and their advocacy.

“We listened to them and that’s why we’ve made the decision to hold an inquiry,” he said. If only it were so simple.

As much as Maclean’s scribe Paul Wells wants to take credit, it had nothing to do with him. But he is right that the Libs have been tone-deaf on this one.

The feds’ reluctance to call a full-on inquiry had more to do with politics – and sparing the RCMP further embarrassment.

The RCMP’s handling of the situation is looking more like a mess with each new revelation in the case.

Families of the 22 people killed in a 13-hour rampage in April have already launched a class-action lawsuit against the RCMP over the force’s handling of the investigation.

They deserve answers and were not happy about plans for a review. They joined protestors at the constituency office of Nova Scotia justice minister Mark Furey last week to let the government know.

Furey had pitched a “restorative justice” approach to a review. The focus was to be on helping those still feeling the effects of trauma from the incident.

But that rationale proved a smokescreen. The province had actually placed a moratorium on restorative justice approaches in cases involving gender-based violence. (Gunman Gabriel Wortman’s rampage started with a violent altercation with his common-law partner).

While several Nova Scotia members of the federal Liberal caucus had been agitating for a full public inquiry, the Liberal government of Nova Scotia has been trying to avoid going down that road. Its bleeding support in the polls has caused a change of heart.

Nova Scotia Premier Stephen McNeil had raised his own questions about the RCMP’s slowness to warn the public of Wortman’s killing spree. He later backtracked. Last week, he was blaming the feds for the slowness in calling an inquiry.

It’s all beginning to take on the familiar whiff of a cover-up – and ass-covering exercise – as more details have emerged about Wortman.

We learned last week from court documents in the case that Wortman may have been running drugs and guns across the New Brunswick-Maine border “for years.”

Blair said he was unaware of those revelations when the initial review was called. The minister can’t be expected to keep up with all the goings-on around the case. But it seems very convenient.

There have been national headlines recently around several astonishing details in the case. Among them is the fact Wortman may have been involved in organized crime; that he was a known drug dealer in the Portapique area where he began his killing spree; and that he allegedly fraternized with a local with known ties to a Mexican drug cartel.

The RCMP says they did not know Wortman was involved in organized crime. They did know – or should have known – about Wortman’s history of domestic violence and affection for guns. A number of witnesses have already come forward to say the warned the RCMP years ago about that.

Wortman had in fact come up on the RCMP’s radar in and “officer safety bulletin” in 2011. The bulletin warned that Wortman was “experiencing a mental health crisis” in possession of guns and wanted to “kill a police officer.”

But the RCMP seemed to have ignored all the warning signs that Wortman was a ticking time bomb.

Wortman was pulled over for speeding in a white Ford Taurus two months before the shooting. It was one of four white Ford Taurus vehicles like that driven by the RCMP that police have since discovered was registered to a shell company set up by Wortman.

Police had a handle very early on that Wortman was armed and driving a replica RCMP vehicle during his killing spree. They were told by witnesses, but they waited until it was almost over to make that information public.

There are other unexplained threads in the tragedy. For example, RCMP officers inexplicably shooting up a fire hall where evacuees were being kept while Wortman was on the loose.

The RCMP has also contradicted the version offered by the RCMP union president of the minutes leading to RCMP Constable Heidi Stevenson’s death. She did not ram Wortman’s vehicle, the RCMP says. The evidence indicates Stevenson may have been surprised by the gunman and didn’t know he was an imposter.

Media outlets led by the CBC have been in court trying to get access to documents used by the RCMP to obtain search warrants since May.

After an initial release of seven documents, some with redacted information, the federal Crown attorney’s office in Nova Scotia has been fighting media attempts to release in full 17 more documents related to the case.

Part of the rationale offered by the Crown is that the release of the information may compromise the RCMP’s investigation. The argument seems specious since Wortman is dead and there won’t be a criminal trial in the case. (Although, the RCMP has floated the theory that there may be co-conspirators).

The other reason offered by the Crown is that it wants to spare the families of the victims more grief. The search warrant materials, the Crown says, “contain intimate details of traumatic experiences, lives and deaths of victims and their families.”

The Crown argues that “no legitimate interest is served by exposing their trauma to the world.”

However, the families calling for a public inquiry seem to want nothing more.

Details of what the public inquiry will look like have yet to be released.

What we do know is that the process will take “substantially longer,” Blair said, than the review originally planned. The review panel was given until August 2021 to present its findings. So we’re at least more than a year away from a public inquiry issuing its findings.

But already it’s off to an inauspicious start. Anne McLellan, one of three commissioners appointed by the government for the review, has stepped back from the inquiry. She says she won’t have the time to devote to it.