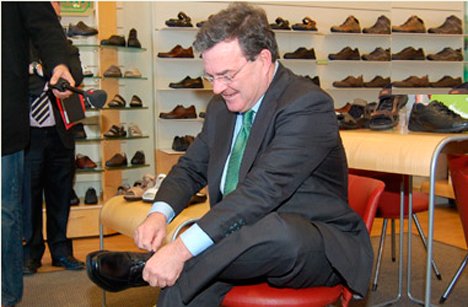 After what feels like a political eternity since early December, Parliament is back with a “recalibrated” Tory Government offering up a bid to touch every base in hopes of scoring in the polls with a sound bite for everyone and everything.

Let’s face it – there are bits of this verbiage that could have been delivered by any politician on the Hill. Jobs, jobs, jobs are the first priority say the Tories, for example, jagging to the left. Tough on crime for the right.

And look at the complex dance steps on regulation and deregulation. Puffing about Canada’s banking industry that has scored global accolades because earlier governments had resisted the financial deregulation trend, the speech also offers up a yummy dose of deregulation for our industries engaged with Canada’s profuse “energy endowment”.

You know the ones he means.

But hey, the government will “continue” its investment in the all-important green energy sector. Sounds good. Too bad there is almost no investment to continue outside of a billion in boondoggle carbon capture and storage technology – another giveaway for the tar sands. Spending restraint will somehow never touch health, education and pensions yet spending will be “controlled”.

Guess what? These proposed controls, like MP salaries, are peanuts that don’t come close to covering the budget holes left by further lowering of corporate taxes let alone stimulus spending. But it sounds good right?

Thursday’s budget will be the place where words must in some way meet the test of action, but don’t expect much.

The Throne speech, following on prorogation, shows that for Harper, Parliament is just another public relations exercise and so is government spending.

Expect to see the budget lay the ground for more expensive government-pumping ad campaigns and big blue signatures on giant cheques. The only heartening thing about this speech is how far Harper had to lean to the concerns of the left wing and enviro constituencies in his bid for a majority.[rssbreak]