Black, Indigenous and People of Colour have been asking white people to organize their own communities for decades – anti-racism work shouldn’t have to fall on their shoulders alone 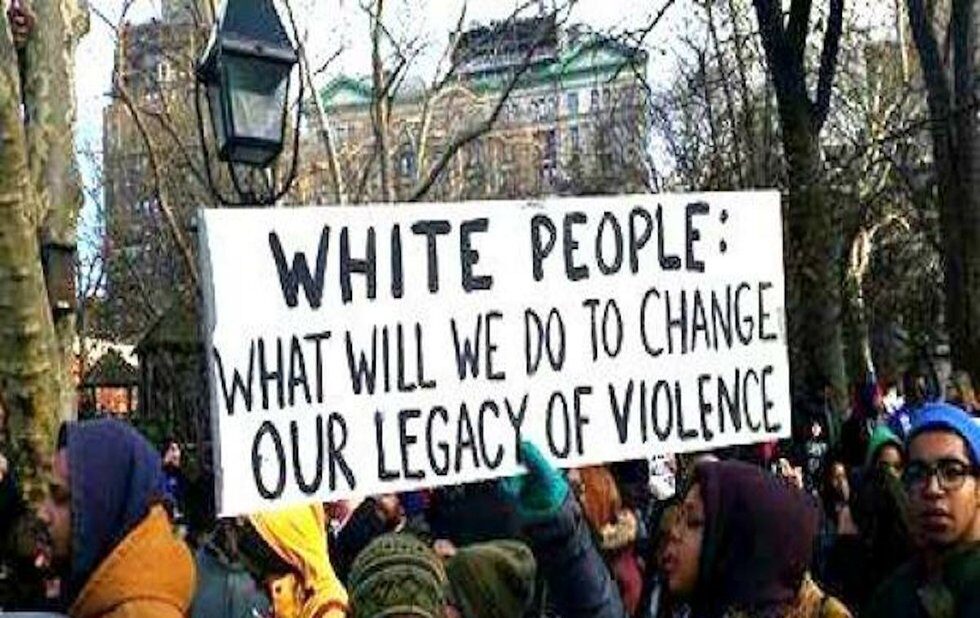 For those of us who care about racial justice, these are dire times.

In El Paso, a 21-year-old gunman posted a 2,300-word screed on the far-right website 8chan and then killed 22 people, mostly Latinos.

In Norway, a white supremacist opened fire at a mosque. In Victoria, meanwhile, a 20-year-old Mexican expat who was busking on the street in Spanish was verbally assaulted by a white man pretending to be an immigration official. The man demanded to see his papers and accused him of taking jobs away from Canadians. “I am now hesitant to sing in Spanish again at night in Canada. I am afraid.”

These more frequent occurrences are coalescing into a new normal, which is its own kind of tragedy.

On August 12, I found myself crammed into a room with 45 other people at the Ontario Institute for Studies in Education, an institution that Jordan Peterson, the U of T professor who notoriously refuses to respect trans rights, once referred to as the “most dangerous in Canada” for its progressive leanings.

We were there to discuss the role of white people in anti-racism. It was part one of a three-part series on an Introduction To Anti-Racism organized by the Toronto chapter of Showing Up for Racial Justice, an organization started by mostly queer women in the southern U.S. in 2009 and galvanized by the shooting of 17-year-old Trayvon Martin in 2012.

For three hours we talked and debated our own racism. What is white privilege? How do we confront the rising tide of white supremacy? How does white privilege work if someone is also poor? What are the structures at play? Does it even make sense for us to be meeting without a person of colour in the room? What the hell do we do?

These are heavy conversations and it was going to be uncomfortable. That’s why the first thing facilitator Kris Thurrell told us to do was to take a deep breath and unclench our butt cheeks.

Thurell is a long-time anti-racist activist, history teacher and member of SURJ-Toronto, which is the first SURJ chapter outside the U.S. The mandate of SURJ is straightforward: to mobilize white people into anti-racism action.

Black, Indigenous and People of Colour have been asking white people to organize their own communities for decades. Anti-racism work shouldn’t have to fall on their shoulders alone.

We need to organize our own communities while always taking leadership from organizers and activists of colour. We have to do our part. We have a role to play in using our privilege and access to decision-makers to educate, redistribute resources, and shift power.

There are now more than 150 SURJ chapters in North America. Those numbers seem reassuring, until you realize that there are more than 200 chapters of the KKK stateside. Which means that white people interested in collective liberation and an equitable future have our work cut out for us.

There is no better place than here, and no better time than now. As white people we have to ask ourselves: what side would we have been on during the Civil Rights Movement of the 1950s and 60s? Would we have supported the movement even though it would’ve meant conflict with our family, distressing conversations with our friends and fights with our work colleagues?

All of us like to think the answer is yes. That we would’ve been on the right side of history.

Maybe. But maybe not. We’re at another juncture in history. Now is the time to find out.

Tom Malleson is a assistant professor of social justice and peace studies at King’s University College at Western University and a member of SURJ-Toronto.