Report calls for 30 per cent cut in police budget 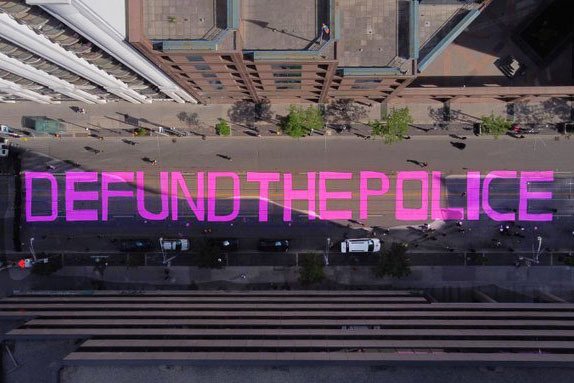 A coalition of community groups is calling on Toronto city council to reallocate some $340 million from the police’s billion-dollar budget to social services and alternative models of policing.

According to a new report on systemic racism in policing released by the Canadian Civil Liberties Association (CCLA) and some 20 community groups, the over-policing of homeless people, young people, racialized groups and the mentally ill accounts for hundreds of millions in wasted dollars. The Neighbourhood Group, Social Planning Toronto, the Ontario Council of Agencies Serving Immigrants, YWCA Toronto, Black Lives Matter-Toronto and StreetHealth, are among the organizations that contributed to the report. The groups say the money could be better spent providing social services and other support for those in need before their situation turns into an emergency.

The report, which was released at a press conference on Monday, reiterates what community groups have been saying for some time about the need for alternatives to current policing models as the force’s budget has ballooned to an estimated $1 billion. It also identifies a number of specific areas where money could be saved.

The report notes, for example, that homeless people are 10 times more likely to be stopped and ticketed by police just for hanging out in the street.

According to the report, there are roughly 360,000 police interactions involving homeless people every year, accounting for some 10 per cent of all police activity. As many as 16,000 of those end in tickets. But 90 per of tickets are never paid or end with homeless people going to jail because they are unable to pay, which places an unnecessary burden on the court system and costs some $100 million, according to the report.

By comparison, it would cost roughly $2,000 for an outreach team to support one homeless person, the report says. With some 8,700 people experiencing homelessness in Toronto, “extensive engagement could be achieved for $17 million per year,” the report says.

The report says that a majority of the 911 calls received by Toronto police, some 60 per cent, do not involve a violent situation and could be handled by frontline agencies.

The report identifies a dozen jurisdictions where community-based outreach workers are dispatched to handle situations involving homeless people. In Darwin, Australia, and a number of cities in the U.S., for example, the approach has proved successful in directing homeless people to stable housing and reducing incarceration and arrests by more than 80 per cent. The report says that time spent by homeless people in hospital emergency rooms fell by 60 per cent.

Similarly, the report says that interactions involving people with mental health challenges costs the city some $150 million, even as use of force statistics show that police are not the best qualified to address them. Some 11 per cent of the 30,000 interactions that take place annually between police and people in crisis end in violence. Some 40 per cent of all Taser use by Toronto police involve people in crisis.

Toronto police already have a civilian-led response system in place to deal with people experiencing mental health crisis, but they are not first responders and only dispatched after police arrive on the scene to assess the situation.

A number of social service agencies also respond to calls of people in distress. The Gerstein Crisis Centre, for example, answers more than 40,000 mental health crisis calls per year, says executive director Susan Davis, one of four speakers at Monday’s press conference. The Distress Centres of Greater Toronto fields another 100,000 calls. But without the necessary financial supports, Davis says, most calls are left to police – too often with deadly results.

Davis says frontline agencies could help far more people “with only a fraction” of the estimated $150 million currently spent annually by Toronto police on handling calls involving people in distress.

Akwasi Owusu-Bempah, an assistant professor in the Department of Sociology at the University of Toronto, was another participant at Monday’s news conference. He says “police have become the default response for dealing with social issues” that they’re not the best equipped to handle. It’s what he calls “the policification of public policy.”

A motion tabled by Toronto councillors Josh Matlow and Kristyn Wong-Tam in June 2020 also advocated redirecting a modest 10 per cent of the police budget to community-based policing alternatives and community groups. But that failed, garnering little council support. A compromise motion by Mayor John Tory promising “alternative models for community safety response” was passed instead.

But Owusu-Bempah says he’s “hopeful” that the specifics offered in the CCLA report will provide an immediate roadmap for the city where money could be reallocated.