The filmmaker's latest is never unpleasant, but feels like a collection of sketches for larger movies 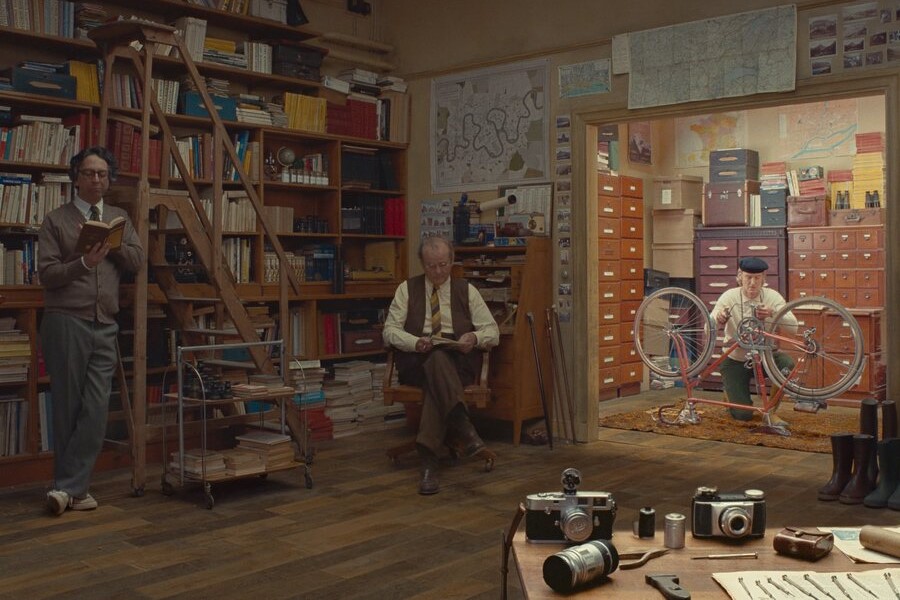 Comme dit les jeunes, The French Dispatch is the most Wes Anderson thing Wes Anderson has ever Wes Andersoned: taking the nested narratives and chronological hopscotchery of 2014’s The Grand Budapest Hotel (as well as most of its cast) and applying it to a feature-length salute to the patrician attitude of intellectual publications like The New Yorker, repurposed here as an impossible European arts magazine edited by one Arthur Howitzer Jr. (Bill Murray), whose death opens the magazine’s final issue – brought to life as an anthology of pleasantly preposterous stories that revolve around obsession and risk.

Yes, that was all one sentence. The movie plays out much the same way, overstuffed with detail and incident, each meticulously designed, obsessively symmetrical frame packed with information. Characters, props and costumes that will appear for a moment or two, never to be seen again. The coffee-table book will be exquisite; the experience of watching the movie, a little less so.

After a prologue and some amuse-bouche vignettes that establish the film’s whimsical reality – set mostly in and around the little French town of Ennui-sur-Blasé, and whether you chuckled or winced at that name may well define your response to the movie as a whole – The French Dispatch rolls out its trilogy of tales.

The Concrete Masterpiece tells the story of a murderer named Moses Rosenthaler (Benicio Del Toro), who is also a gifted painter, obsessively rendering a single subject (Léa Seydoux); a fellow inmate (Adrien Brody) discovers Moses’s talent and – as he also happens to be an art dealer – works to make him famous. As the writer J.K.L. Berensen (Tilda Swinton) recounts, this particular artist’s way is fraught with obstacles.

In Revisions To A Manifesto, the writer Lucinda Krementz (Frances McDormand) embeds herself with student revolutionary Zeffirelli B. (Timothée Chalamet), ultimately helping him with his political aspirations – and taking him into her bed, much to the irritation of his comrade in arms Juliette (Lyna Khoudri). The revolution is briefly televised.

And finally, in The Private Dining Room Of The Police Commissioner, James Baldwin manqué Roebuck Wright (Jeffrey Wright) is invited to enjoy the cuisine of the brilliant “police chef” Lt. Nescaffier (Stephen Park) in the company of his patron, The Commissaire (Mathieu Almaric), only to be drawn into a most unlikely hostage situation. There is a daring abduction, and a gunfight, and Edward Norton in ballet slippers.

It is never unpleasant, and occasionally quite delightful, but for all the frenzied activity (and, as I may have mentioned, those meticulous tableaux) The French Dispatch feels like a collection of sketches for larger movies rather than a film of its own. Curious, that.

I recently had the opportunity to revisit Anderson’s first feature, Bottle Rocket – the one about three idiots trying to plan a heist – and was struck by how different it feels from his current style. (He used to be a lot better at writing women, for one thing.) Artists are allowed to grow and change, of course. They wouldn’t be artists if they didn’t, which I think might even be a theme of this movie – but there are moments when The French Dispatch feels like a step backward for Anderson, or just an exercise in running in place.

Maybe it’s the anthology thing; the episodic rhythm of the film means we don’t get the slow, subtle layering for the emotional wallop of Moonrise Kingdom, The Grand Budapest Hotel or even Isle Of Dogs, all of which end on exquisite moments of melancholy connection.

He’s been doing that since Rushmore, really, so it’s strange to see it simply not happen this time around. The French Dispatch appears to do that, with a denouement that takes stock of its characters and their efforts to explain the world to their readership, but we haven’t spent enough time with them to see them as anything more than little sketches in the frame, much like the caricatures of the writers in Howitzer’s beloved magazine. I’d say this one’s “for the fans,” except I thought I was a fan too.