After Wexit Canada's rise, the idea of Western separation can no longer be considered just the purview of malcontents and conspiracy theorists 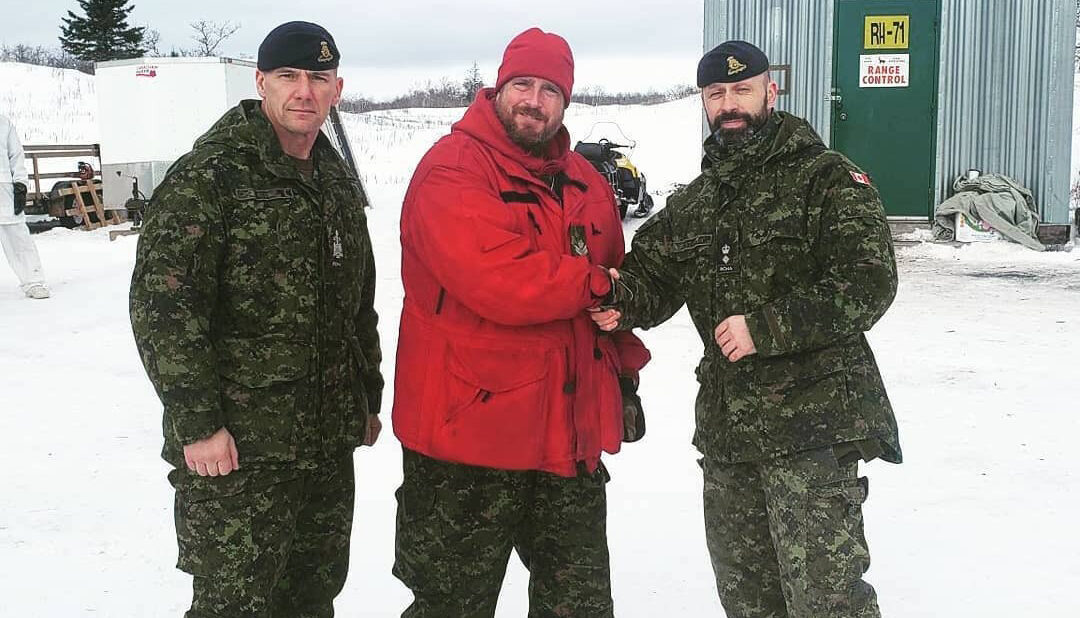 Corey Hurren (centre) in a photo from his company's Instagram account during an outing for Canadian Armed Forces reservists this past winter.

A GoFundMe campaign has been started for the family of Corey Hurren. He’s the Manitoba man who crashed through the gates of the Rideau Hall grounds last Thursday in a pick-up looking for the prime minister. There were reportedly four firearms in his possession. The Canadian Armed Forces reservist was eventually talked down by RCMP officers. He faces 22 charges, including possession of a restricted weapon and uttering threats.

Bill Gade of Swan River, Manitoba, who is organizing the online fundraiser, says the campaign “isn’t about condoning his actions but it is about making sure his family receives the support it needs during this difficult time.”

The post goes on: “We understand that many people have strong opinions on both sides of the actions Corey took—this is not the place to debate the event. Instead, it is here simply to ensure that as a community we can all look out for his family. It’s what we do in small towns.”

Hurren had reportedly become recently unemployed. According to his LinkedIn profile, Hurren is the owner of Grindhouse Fine Foods, and attended Brandon University and Red River College where he studied “Computer and Information Sciences and Support Services.”

According to a report in VICE, which cited several social media posts, including one on the Instagram account of Hurren’s company on the day of the incident, Hurren is a fan of conspiracy theories, including that global elites created the COVID-19 pandemic.

Hurren’s failed attack took place a day after some 400 people, among them members of far-right groups and conspiracy theorists, marched on Parliament Hill and in front of the U.S. embassy in Ottawa on July 1.

While it’s not known if Hurren was in Ottawa for the event—reports say he drove from Manitoba—a number of participating groups are already calling the Rideau Hall incident a “false-flag”—a government set-up to make them look bad—while others are glorifying the event.

On right-wing media sites like the Post Millennial, the Conservative party organ that includes Ontario Proud and Canada Proud founder Jeff Ballingall as its chief marketing officer, there was the usual anti-Trudeau vitriol from online commenters.

“Thanks, Cory [sic] for showing us there are still decent people out there who care about our country’s future,” wrote one.

“A true Patriot to Canada,” wrote another. “The pm [sic] was seen changing its [sic] underpants shortly there after [sic], the coward of Canada crapped its [sic] diaper!”

“Really too bad. The poor man from [out] West did not finish his job. Better luck for the next one.”

And then this: “He behaved in a manner which will invalidate his grievances to many. It’s unfortunate there isn’t an opposing political party he could have reached out to first.”

The Post Millennial can’t be confused for the mainstream, but it does speak to a certain segment of the conservative movement. And for many of them, the Rideau Hall incident is a sign of growing Western alienation.

It’s not the first time that the issue of Western alienation has spilled into death threats against Trudeau. It was in November 2018 at a pro-pipeline rally in Calgary, demonstrators wore black hoodies with a graphic of a noose hanging from a tree. The words “Come West Trudeau,” were written on them. That occasioned an investigation by the RCMP.

Back then, the idea of Western separation was thought of as the musings of a fringe element in the conservative movement. The Supreme Court of Canada ruled after the Quebec referendum that provinces cannot secede from Canada, but could sign separation agreements.

But don’t look now, the movement for Western separation has an official party, Wexit Canada. And an interim leader in Jay Hill, the former Reform Party MP and Harper-era cabinet minister who was named on June 23.

Hill told the Calgary Sun last week that he’s “ashamed” of the country Canada has become. He called Confederation “a failed experiment.”

He wrote in the Western Standard on June 29 about “the shock and disappointment some friends, acquaintances and former colleagues have expressed with my decision.”

But goes on to write that the West won’t get the respect it deserves in Canada, even with the Conservative Party in power.

He says the turning point for him was Trudeau’s reelection and the federal debt even before what he describes as “the Chinese COVID-19 virus was allowed access”.

Most Canadians, including in Alberta, don’t like the idea of Western separation. But with a political party now pushing the cause, the idea can no longer be considered just the purview of malcontents and conspiracy theorists.