City’s real estate arm has a conflict of interest problem 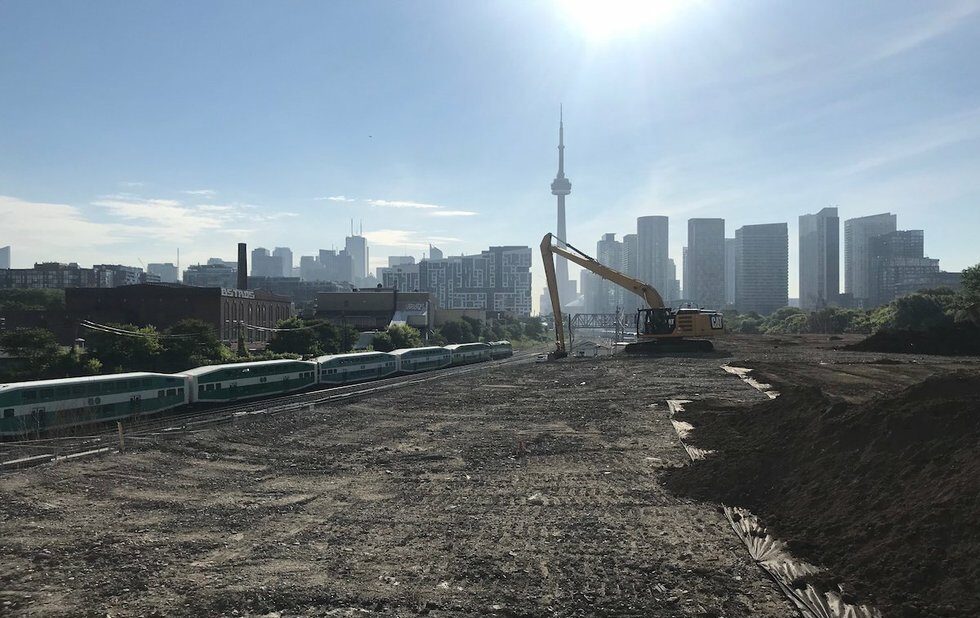 CreateTO was established in 2018 to take over management of the city’s real estate portfolio of some 8,400 properties. The organization is also in charge of rolling out Tory’s Housing Now plan to develop 11 city properties for “affordable” rental housing. CreateTO may also be involved in building housing for Sidewalk Labs’ “smart city” Quayside development – at least, Waterfront Toronto’s Quayside Project Management director Kevin Greene hinted as much at a recent public meeting to discuss the proposal.

Last week, CreateTO hired the mayor’s former principal secretary, Vic Gupta, to a $250,000-a-year position as vice-president of strategic development. Gupta ran unsuccessfully for the PCs in the 2011 and 2014 provincial elections. He starts his job at CreateTO on August 26 and will manage several projects, including some aspects of the eastern waterfront redevelopment.

According to the Toronto Star, CreateTO’s CEO Brian Johnston played a role in Gupta’s hiring. Johnston has sidestepped suggestions there was interference. The mayor’s office has likewise distanced itself.

But the hiring has focused attention on CreateTO’s leadership and the importance of changes to the Municipal Conflict of Interest Act and the City of Toronto Act that came into effect in March.

The new rules stipulate that board members of the city’s various agencies must seek the advice of the city’s integrity commissioner when significant potential conflicts of interest arise.

A review of the development connections of CreateTO’s leadership reveals a strong potential for such conflicts.

Johnston, for example, is the recently retired CEO of Mattamy Homes, Canada’s largest housing builder. Johnston also serves on the board of the mortgage-investment company Mortgage Company of Canada.

During the 2018 provincial election, Mattamy was the largest donor to the right-wing third-party advocacy group Ontario Proud. (Johnston and his wife, former TD Bank chief financial officer Colleen Johnston, each contributed the maximum allowable $2,500 to each of Tory’s 2014 and 2018 mayoral campaigns.)

Johnston is also a close business associate of Dino Chiesa, CreateTO’s board chair.

Johnston and Chiesa served together on the board of the Canada Mortgage and Housing Corporation for seven years. Today Chiesa is on the board of the large, Mississauga-based, Morguard Real Estate Investment Trust as well as other companies, including Green for Life (GFL), the quickly expanding waste management and construction services firm that was handed the contract to collect Toronto’s garbage west of Yonge during the Rob Ford era.

A former Ontario assistant deputy minister of housing during the Mike Harris government’s gutting of rent regulations, Chiesa quit that position in 1999 to become CEO and president of Residential Equities REIT. The company took advantage of Harris-era deregulation to sharply increase rents in its apartment portfolio.

CreateTO vice-chair Ron Carinci, meanwhile, is also COO of the large construction and project management company Urbacon Group. Like all other CreateTO board members, Carinci additionally serves on the boards of CreateTO’s predecessors Build Toronto and the Toronto Port Lands Company.

According to Carinci, the new conflict of interest guidelines are too broad.

“I mean, our chair [Chiesa] is on the board of GFL. And he’s going to [have to] be declaring an interest every single time,” he said at CreateTO’s October 2018 board meeting.

Fellow board member Dennis Fotinos agreed the new rules are overarching, adding board members usually are appointed precisely because of their expertise in areas of CreateTO’s focus.

Fotinos founded Enwave Energy, the privately owned successor to the Toronto District Heating Corporation, and the pioneer of deep-lake water cooling of Toronto’s downtown buildings. He now heads Noventa Energy Partners, which is lobbying the mayor’s office and other city officials about waste-water heat recovery. This is also part of the Sidewalk Labs proposal. (Fotinos and his wife each contributed $1,250 to Tory’s 2018 campaign.)

Fotinos offered a hypothetical: what if Urbacon were in the courts with CreateTO, would the Integrity Commissioner have to advise Carinci to resign?

“Why would Ron not be able to give us advice, on an entirely different matter that has nothing to do with Urbacon or any part of the litigation, but is talking about Ontario Place or something like that?,” Fotinos asked.

Justin Di Ciano, a city councillor and CreateTO board member at the time of the October 2018 meeting, agreed. The new conflict rules, he offered, are “ripe for political assassination. In the real world, that’s just not how things operate,” said Di Ciano, who coincidentally was charged by the OPP in November 2018 for not disclosing that his 2014 election expenses included polling paid for by developer Dunpar Homes. Earlier in 2018, Di Ciano opted not to seek re-election.

At CreateTO’s July 9 board meeting, Johnston applauded reports that a Housing Now proposal in Scarborough Councillor Gary Crawford’s ward is overcoming community resistance. Crawford reportedly calmed local concerns the plans don’t contain enough affordable units (half of the 450 proposed units will be offered at 80 per cent of market rent) by suggesting the units would be suitable for his own daughter.

“That’s a lesson,” remarked Johnston. “When we get the [local] councillor’s backing that sort of quietens things [opposition] down quite quickly. We all have children who would benefit from this type of initiative.”