The city is setting up internet for people living in low-income housing, at shelters and in long-term care facilities 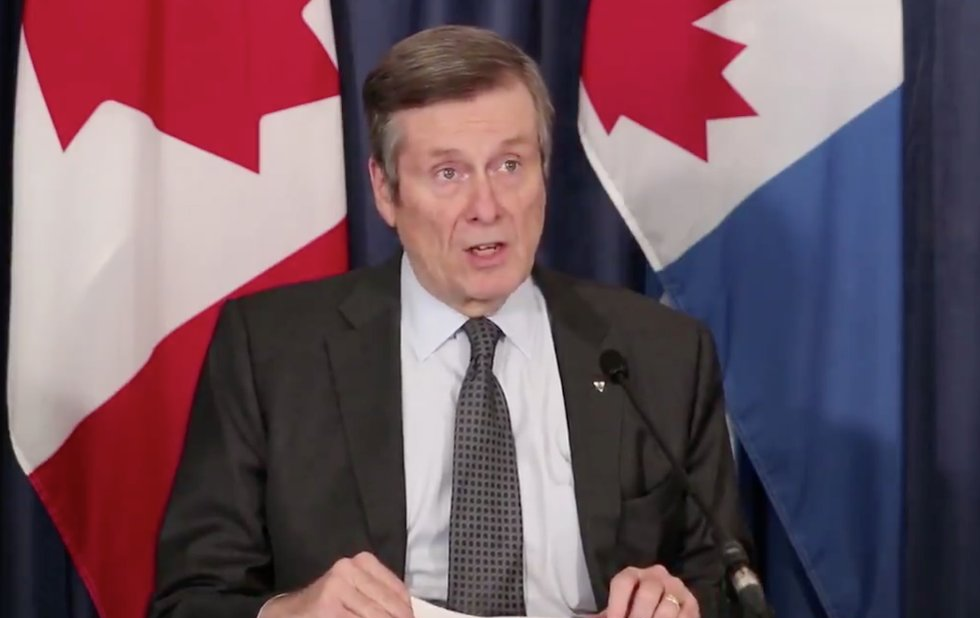 John Tory announces a plan to give temporary free internet access to lower-income residents at the city's daily press briefing.

John Tory announces a plan to give temporary free internet access to lower-income residents at the city's daily press briefing.

This includes temporary access for 25 large residential apartment buildings in low-income neighbourhoods for one year, with the first 10 receiving access in May.

The city’s Technology Services Division has deployed free 24/7 wifi access throughout all 10 of the city-operated long-term care homes. Seniors in these homes previously only had access to  free wifi in common areas. Those common areas have been closed to stop the spread of COVID-19.

The long-term care sector has been hit particularly hard by the virus and is driving the country’s mortality rate, Canadian public health officials said today.

Rogers is donating free wifi for three months to four permanent Toronto permanent shelters and five temporary shelters. Access will not be limited and will be available throughout the shelters.

Smartphones with covered data plans have also been donated to vulnerable Torontonians to stay connected with mental health and other crisis services.

With stay-at-home measures implemented throughout Toronto, internet has been crucial for staying connected and general well-being of people in the city. Libraries and other public areas with free wifi have been closed throughout the pandemic, which means many in the city have had restricted access. Seniors, meanwhile, have been unable to receive visitors.

“During this difficult time, it’s imperative that our most vulnerable residents have access to the supports they need and are still able to feel a sense of connection while physically distancing in order to protect themselves,” said Tory.

The new access was a public/private/non-profit partnership, with support and donations from companies like Rogers, Bell, Telus, United Way, Cisco Canada, Beanfield Metroconnect and more, as well as volunteer labour from people working in tech in the city. Tory said that the multi-level partnerships are something he hopes will continue beyond the pandemic.

City councillor Joe Cressy says the city identified internet access as an essential need since the beginning of the pandemic.

“It’s being said that COVID doesn’t discriminate because everyone is vulnerable to it, but the fact is the virus prays on most vulnerable, those who live in congregate settings, those who can’t afford access to wifi and digital devices,” said Cressy in a phone interview with NOW. “It’s hard enough to be isolated with FaceTime to connect us, but imagine trying to pull it off without [that access]. Just like we have a duty to ensure people have a safe place to sleep at night, we have a duty to ensure people have access to up-to-date and accurate information and tools for their emotional well-being.”

It’s becoming clear that access to internet is an essential right for everyone in the city, including the most vulnerable – before and after the pandemic.

“How we respond to a crisis really measures us as a city and teaches us a lesson about ourselves,” Cressy said. “The social and health inequities that COVID has exposed should not just be addressed on an interim basis. There’s a 21st-century need for access. If we can provide wifi now, why can’t we do it year-round?”