Trudeau under fire for Tofino holiday on Truth and Reconciliation Day 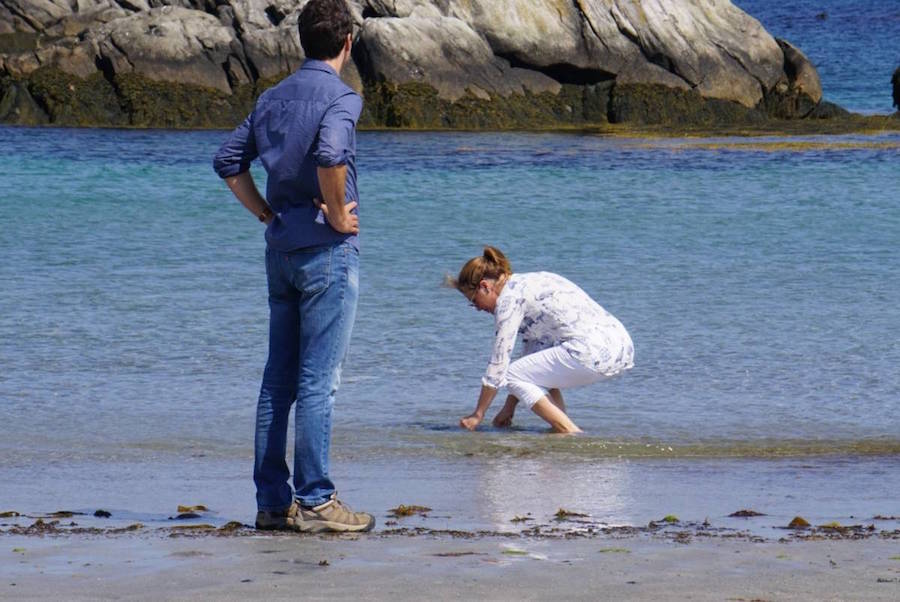 Former prime minister Pierre Trudeau once took a famous walk in the snow before he announced his resignation in 1984.

Now, his son Justin has been urged to resign after he was shown walking away from a camera operator on a beach in Tofino.

The prime minister refused to answer questions about why he went on vacation on the first National Day for Truth and Reconciliation rather than accept an invitation from Tk’emlúps te Secwe̓pemc to attend a ceremony honouring deceased Indigenous children.

Earlier this year, Tk’emlúps te Secwe̓pemc announced the discovery of the remains of 215 children on the grounds of the former Kamloops Indian Residential School.

That was followed by the discovery of hundreds more unmarked graves near other former residential schools.

University of Ottawa professor of law and medicine Amir Attaran compared Trudeau’s walk along the beach to a notorious incident involving Melania Trump.

In 2018 as First Lady, she wore a jacket saying “I really don’t care. Do you?” as she was on her way to visit migrant children held in detention.

Meanwhile, the CEO of the Native Women’s Association of Canada, Lynne Groulx, told CBC’s Power & Politics that it was “very inappropriate” for him to take a holiday at this time after saying that Indigenous people are his government’s highest priority.

After the story broke, Trudeau engaged in some damage control. He insisted on Twitter that he spent time on the phone speaking to survivors of residential schools.

That drew a sharp rebuke from Vancouver public-relations executive Wendy Hartley. She advised the prime minister that it would have been better to admit that he had made a mistake.

“This has totally detracted from what the narrative should be today,” Hartley stated over Twitter. “This is NOT the leadership I expect for my children. Really beyond comprehension.”

Really not sure what your team was thinking on this massive error in judgement. On so many levels. Better admit this was a mistake. This has totally detracted from what the narrative should be today. This is NOT the leadership I expect for my children. Really beyond comprehension

Justin and Sophie Grégoire Trudeau have travelled to Tofino before and have a long-standing interest in beach vacations.

In the midst of the SNC-Lavalin controversy, they flew to North Captiva Island off the west coast of Florida. In addition, the couple took three trips to the Aga Khan’s private island in 2014, 2016, and 2017. And they took their honeymoon in 2005 to Maritius, an island nation in the Indian Ocean famous for its beaches.