Trudeau’s Tofino trip and the age of manufactured outrage

"If it bleeds, it leads" is no longer the adage that applies when it comes to media deciding what's a major news story - it's whipping up anger that sells 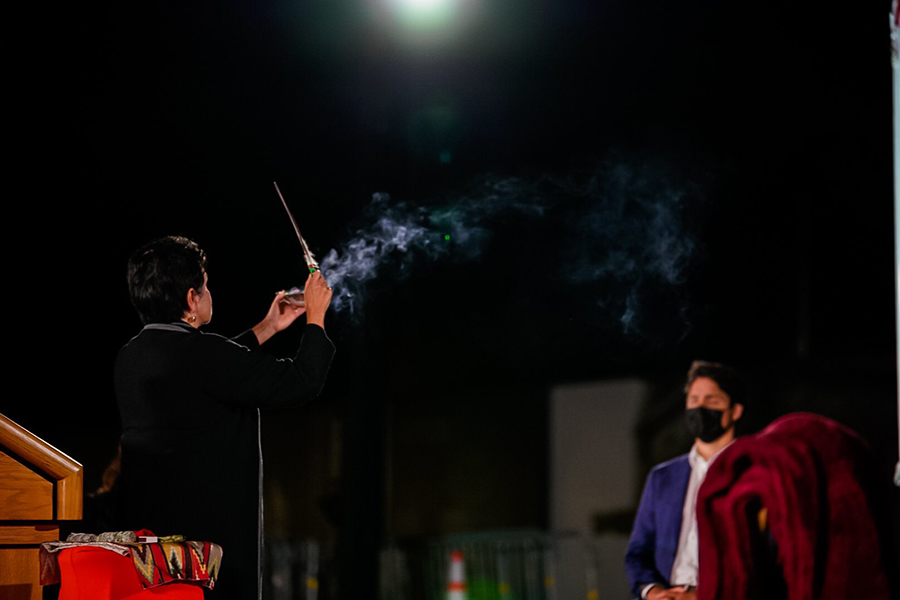 Canada’s first National Day for Truth and Reconciliation wasn’t supposed to be about Justin Trudeau. But it ended up that way after Global News got a whiff of the fact the PM was flying to Tofino reportedly for some downtime with his family.

The PM’s official itinerary showed he was scheduled to be in Ottawa. That would be changed to reflect his BC trip. But not before a Global camera showed up to capture the PM and his wife walking the beach near a rented “$18 million” house. And just like that, a scandal was born. These days, it doesn’t take much. Just look stateside. Republicans are already rewriting the January 6 insurrection as if it never happened.

In a Twitter thread, a former front-page editor with the Chicago Sun-Times recently offered how the mainstream media in the U.S. has “inadvertently” contributed to the rise of extremism and erosion of democracy south of the border by treating what should be minor controversies as scandals and real scandals as minor controversies. He offers the example of Hillary Clinton’s emails. Compared to George Bush’s lie about weapons of mass destruction to justify the war in Iraq, it was a minor scandal. But the former set the course for Donald Trump’s election victory – and the current political conflagration the U.S. finds itself. The latter was basically ignored.

A similar trend has been taking hold in Canuckistan where the country’s major daily newspapers and biggest networks are overwhelmingly owned and dominated by conservative voices, and where columnists, for example, have recently taken to normalizing the views of the People’s Party of Canada, which by most sober accounts has become a front and breeding ground for white nationalists, Islamophobes and anti-immigrant extremists.

In today’s virtual reality, the news adage “if it bleeds, it leads,” no longer applies when it comes to media deciding what’s a major story and what’s not. Now it’s anything that whips up anger that sells. As we’re finding out with the revelations stateside about how Facebook messes with algorithms to promote certain publishers’ content over others, hate equals engagement equals clicks equals audience equals advertising money.

Arguably, the results of last month’s federal elections suggest the fourth estate in Canada has some distance to go before we go the way of the United States and our democracy along with it.

But we’re not far behind. For a while there during #elxn44 it looked like the Libs could be turfed for a decidedly anti-democratic notion – that an election was “unnecessary.” Since when is exercising the right to vote ever “unnecessary?”

In many ways, the so-called mainstream media covering our politics has been acting as the unofficial opposition since the Liberals took power and won a majority in 2015.

Here, too, controversies have been whipped into scandals. From Jody Wilson-Raybould and SNC-Lavalin (check the record, the former minister has only alleged perceived political interference on the file), to the WE charity madness (it wasn’t just Lib MPs taking money for speaking engagements), to Canada’s relationship with “communist” China and Trudeau’s choice of costume in India, much has been lost in translation in the blur of headlines and breathless coverage of manufactured outrage.

The National Post’s stable of Sun Media papers, for example, now often parrot – and thus legitimize – views found on social media platforms and propagated by online purveyors of extremism like Rebel Media, Canada Proud, True North and their ilk. The pandemic has brought right-wing media’s descent into alternate facts into sharper focus with the views of anti-masker and anti-vaxxer conspiracy theorists slowly creeping into their coverage. Is it any wonder then that trust in media is hovering close to single digits in public opinion – right down there these days with lawyers and politicians?

When the PM showed up at the Calgary airport last month to welcome home the two Michaels from China, for example, there was more debate on social media over the fact Trudeau showed up at the airport to greet the Michaels with shirt sleeves rolled up than the quiet diplomacy that won their release. It’s not hard to imagine what the narrative might have been had the release occurred a few days earlier during the election. A setup, no doubt.

As it was, most of the mainstream coverage centered around China’s “hostage diplomacy” following the release of Huawei executive Meng Wanzhou after the U.S. dropped its extradition request over Meng’s alleged violations of U.S. trade sanctions with Iran. The request was made while Trump was president. Wilson-Raybould was justice minister at the time and reportedly too caught up in the SNC-Lavalin affair to take the advice of department staff and reject the U.S. request. The two Michaels were arrested a day after the extradition request was granted. Canada would be caught up in the middle of a trade dispute between the U.S. and China as a result.

It’s important context to understanding the story and why Canada was opting for caution over the media’s drum beating to get “tougher” on China.

Meanwhile, back in Tofino….

What was the PM doing holidaying when he should have been reflecting on Canada’s residential schools’ shame? Why didn’t someone in his inner circle tell him it was a bad idea?

Certainly, the optics were bad. He had taken part in reconciliation commemorations in Ottawa the night before. But Trudeau had also been invited to a ceremony in Kamloops where the unmarked graves of 215 Indigenous children at the site of a former residential were discovered in May.

But the idea the PM’s office deliberately misled the public about his whereabouts to cover his tracks ended up colouring the entire story. All of a sudden it wasn’t just that Trudeau was being callous about not accepting the invitation but that he had allegedly lied. (For the record, the PM’s press secretary, Alex Wellstead, was not immediately available to respond to a request for clarification on the seeming scheduling conflict from NOW.)

Some of the usual suspects in Canada’s media establishment are not happy Trudeau won the election, and they won’t be until he’s no longer around. Indeed, Assembly of First Nations leader RoseAnne Archibald chastised media outlets for not giving as much time to the stories of residential school survivors as was given Trudeau’s trip. Some among them are already suggesting the Tofino trip may have hastened his departure as Liberal leader. It’s not hard to imagine. It’s quite possible the constant attacks may be wearing on the PM and that his walk in the sand was like the walk in the snow his late father took before announcing his departure from politics. Now that would be a story, if the media wasn’t so preoccupied with the gotcha.