It’s not enough to leave climate action up to people, countries and companies with widely varying agendas 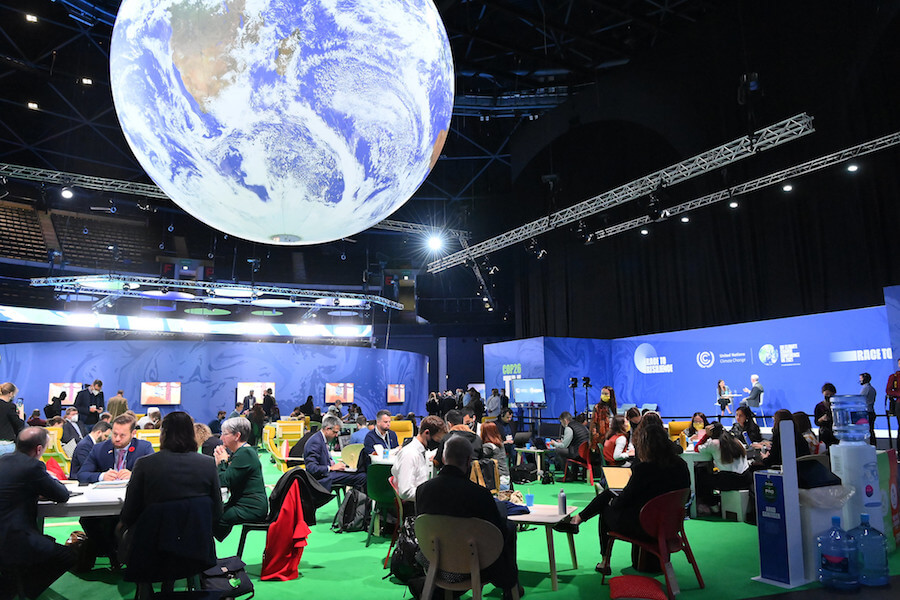 As the world moves on from the COP26 climate summit in Glasgow, the signs of our predicament are everywhere. Where I live, torrential rains have flooded towns and valleys, stranding and killing people and animals, wiped out roads, bridges and railways and cut land access to Vancouver. A state of emergency was declared. Horrific memories of summer heat domes and wildfires are still fresh. This is a small corner of the world. But the signs are everywhere.

We should never consider this as some kind of “new normal,” and we must do everything we can to prevent it from getting worse. In light of that, was COP26 just more “blah, blah, blah,” or will it help us avert catastrophe?

International gatherings and agreements are important but they alone aren’t enough. COP26 was intended to finalize the Paris Agreement and get countries to accelerate climate action this decade. It’s all proceeding as intended, but things get watered down during negotiations, and many of the agreed-upon measures are voluntary.

Most world leaders are sincere in recognizing climate disruption for the crisis it is, and in wanting to address it. But until they recognize the urgent need to radically shift course and halt all new coal, oil and gas development, we’ll continue to face ever-accelerating risks from flooding, heat, drought, wildfires, human displacement and more.

Although many countries made some progress, including reducing or eliminating methane pollution, cutting fossil fuel subsidies abroad and reducing coal, oil and gas production, they came up short in many areas. Funding to help countries most vulnerable to climate change impacts – most of which contribute least to the crisis — is inadequate. Along with lack of recognition for Indigenous rights, COP26 was an epic fail for climate justice.

In many ways, the agreements increase divisions among rich and poor countries and civil society and corporate interests, worsening the situation for those losing their lives, homes and livelihoods to climate change impacts.

Despite limited measures to curb fossil fuel subsidies, governments around the world, including Canada’s, will continue to bolster the industry with tax and royalty breaks and things like infrastructure purchases — not to mention public relations support from some provincial and state governments.

Despite its failings, the climate summit did get politicians, bureaucrats, corporate executives and others to agree on important goals. But it’s not enough to leave it all up to people, countries and companies with widely varying agendas and priorities. We must all get involved.

We can thank those who have engaged for much of the progress at COP26. Millions of young people and elders taking to streets around the world, massive marches in Glasgow during the summit, and people speaking out, writing, petitioning and creating art have made the world pay attention to humanity’s role in the crises we now confront.

When we demand action, politicians must listen. Here in Canada, our government has made strong commitments. We need to make sure those words are backed with effective action, and we need to push for better.

Canada must work quickly to update its climate plan, cap and ratchet down oil and gas emissions and develop a blueprint for a managed production decline. To confirm a true change in direction, our country must sign on to the Beyond Oil and Gas Alliance and deliver on the commitment to end public finance for oil and gas subsidies abroad by 2022. Canada must also bring in just transition legislation without delay to ensure workers affected by the necessary energy shift are given support and opportunities.

Canada may only contribute around two per cent to global greenhouse gas emissions (not counting those from others burning the products we sell or producing abroad the products we buy), but we have the third-highest greenhouse gas emissions per capita, the third-largest known oil reserves and we’re the world’s fourth-largest oil exporter. What we do matters.

Our climate is rapidly changing, and it will continue to do so for some time because of the emissions we’ve already pumped into the atmosphere. That means, as well as halting activities that contribute to climate disruption, we must also find ways to protect ourselves from costly and deadly floods, fires, slides, extreme weather events and more.

COP26 and the Paris Agreement are part of the solution, but we need so much more.