“I have a dream” or “By any means necessary?” 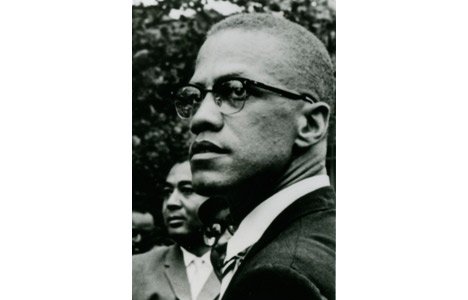 Wherever justice is delayed or denied, or where politicos prevent delivery of restitution and redress, change is attempted or wrought by demagogues or prophets, by theologians or terrorists, by saints or martyrs.

On February 3 at Hart House, a panel of four and a crowd of roughly 150 pondered the legacy of Malcolm X and Martin Luther King, who have been cast in all these roles.

X, the Muslim orator, was assassinated on February 21, 1965. Martin Luther King Jr., the leader of civilian insurgency against domestic apartheid, was killed on April 4, 1968. Though beatified now, King was viewed by his white supremacist foes as a subversive using terrorist methods.

Organized by U of T’s Multi-Faith Centre, Hart House, Muslim Students’ Association (MSA) and the Black Students’ Association, the panel Spirituality And Justice: The Experience Of Malcolm X And Martin Luther King, Jr. inspired much discussion among the almost standing-room-only audience.

Moderated by MSA president Asma Maryam Ali, the event began with Mark Toulouse, principal of Emmanuel College, outlining African-American faith doctrines, including blacks’ preference for an Old Testament God who is a liberator and an avenger. For African Americans, Toulouse explained, the Bible bestows an independent, worthy identity on believers.

One fault in King: not enough recognition or respect for the crucial role of women in the 1950s-60s civil rights movement (CRM).

U of T history graduate student Rowena Alfonso noted that King and X are usually positioned “as opposites” but have strong similarities, to the point that their views seemed to converge by the end of their lives. “Both were devoutly religious men,” she said, who believed in “brotherhood,” the notion that we are all “related to and responsible for each other.”

For King, then, the CRM, uniting Jews and Christians, Protestants and Catholics, students and sharecroppers, was “a microcosm of brotherhood.” King’s mission became one of “redemption,” the idea that racism can be “overcome by brotherhood.”

For X, social harmony could only be achieved through rigorous analysis and vigorous rejection of racist attitudes and practices.

Imam Yasin Dwyer, a Correctional Services Canada Muslim chaplain, asked that we not reduce King and X to phrases like “I have a dream” or “By any means necessary.” They were “made in America,” and are “products of history.” Dwyer said that X and King “appropriated” Islam and Christianity and learned to apply their tenets to the struggle for dignity. Dwyer noted X’s childhood in an independent, affluent and proud black family with black nationalist inclinations.

So when the youthful X found himself imprisoned and then converted to Islam, he made himself into an intellectual, but one whose education “was completely for the uplift of his people… the wretched of the earth.” Finally, in light of X’s example, Dwyer advised, “Keep our hearts busy with God and our hands busy with the people.”

Pointing out that King and X reached across faiths “in pursuit of goodness for all,” Ali opened the floor to questions. First up was Sonny Yeung, who asked, very productively, “How do you apply X and King to local black community issues.

Toulouse demanded that Canadians be less complacent about “multiculturalism,” recognize our own racism and struggle against it.

Dwyer felt that black people, youth especially, “need to have comfort with our multiple identities and feel confident about that identity.” He used the example of media coverage of Haiti’s disastrous earthquake, the exploitation of the “pornography of poverty,” to assert that we must know history: “Haiti was the first country to free itself from the shackles of slavery – and it has been punished for doing so ever since.”

I said that X brought us the gift of political analysis, and it is our duty to exercise it. We must learn how power operates and seek it and wield it, in every circumstance, from questioning Harper’s prorogation of Parliament to attempting to elect more visible minorities.

Scheduled to run from 6:30 to 8 pm, the discussion continued until well after 9 pm. Last word: excitingly, a pretty large and youthful audience gathered to discuss religion and socio-political activism. Now all we need is an Angela Davis of our own to animate and organize the people. Michael Ignatieff need not apply.3

George Elliott Clarke teaches African-Canadian literature at the University of Toronto. His latest book is I & I (Goose Lane Editions), a verse-novel.