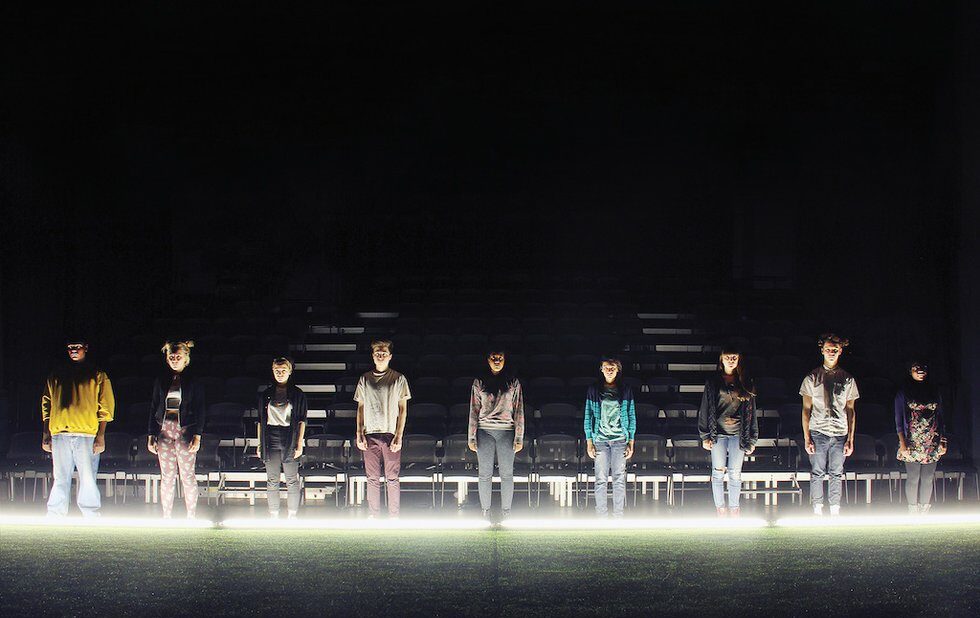 In 2012, Canadian Stages Festival Of Ideas And Creation helped sow the seeds for the first incarnation of Concord Floral. In the interim years, playwright Jordan Tannahill and directors Erin Brubacher and Cara Spooner have continued developing the play with various teenage casts. The current production is in fabulous full bloom at the Bluma Appel.

Although it references The Decameron, Giovanni Boccaccios 14th-century collection of tales about teenagers who flee Florence for an abandoned villa during the Black Plague, the play is a very modern look at teens in the Toronto suburb of Vaughan. Concord Floral was a real abandoned commercial greenhouse where kids hung out and partied. The fictional story transpires from a terrible event in that setting, and its aftermath haunts the group for years.

Tannahills writing reflects the teens parlance and rhythms while exploring their emotional lives and relationships. Humour, awkwardness and dramatic tension arise naturally from the plot. A narrator neatly keeps the story on track, and anthropomorphized characters reflect with an outside eye.

Brubachers and Spooners direction incorporates both stylized scenes and realism, while Kimberly Purtells lighting and Christopher Willess sound design add intensity. They create numerous settings on the minimalist, grass-covered stage. Plastic chairs aligned in formations become classrooms, and small rectangles of light indicate bedrooms. The audience observes from bleachers on one side of the reconfigured stage (those with mobility issues should request seats near the bottom). Interestingly, the path to the bleacher seats is reminiscent of the geography of the real location.

But its the talented ensemble that makes Concord Floral work so well. Their ability to forgo stereotypes and forge believable connections makes the piece really shine.

The play is one of the finalists for the 2016 Governor General’s Award. See more here.