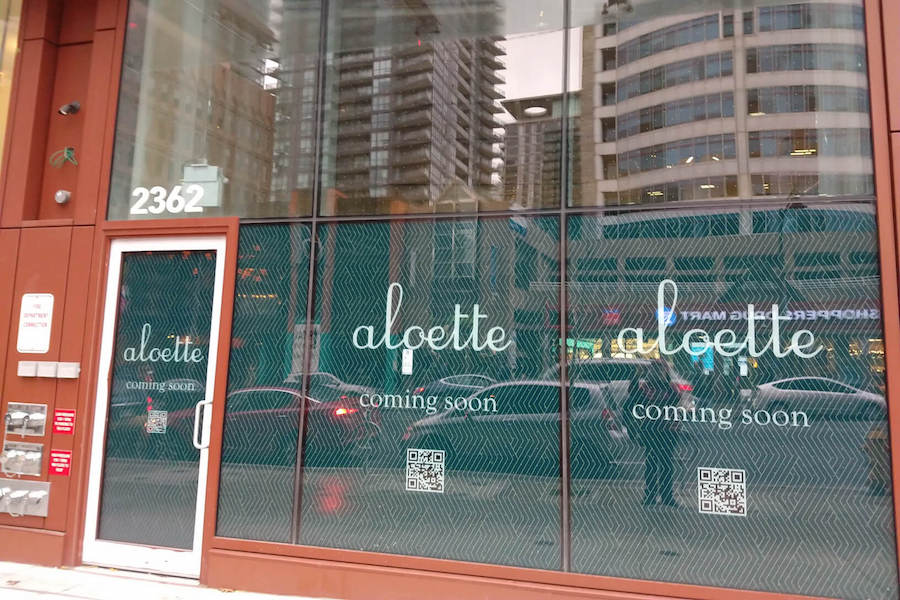 Signage for the new outpost is up in the storefront at 2362 Yonge, a block north of Eglinton. The midtown Aloette will be a takeout operation, similar to the one that opened in Liberty Village this past June.

But people in the neighbourhood hoping to sample Aloette’s upscale comfort food creations will have to wait a while.

The restaurant’s assistant general manager Sarah Palazzese tells NOW the takeout counter is “many months away” from opening. She expects it will be ready to serve customers “next spring or later” at the earliest.

It’s too soon to share further details, she added.

Aloette is the little sister of modern French restaurant Alo, which was recently ranked the number one restaurant in the country by the annual Canada’s 100 Best Restaurants publication.