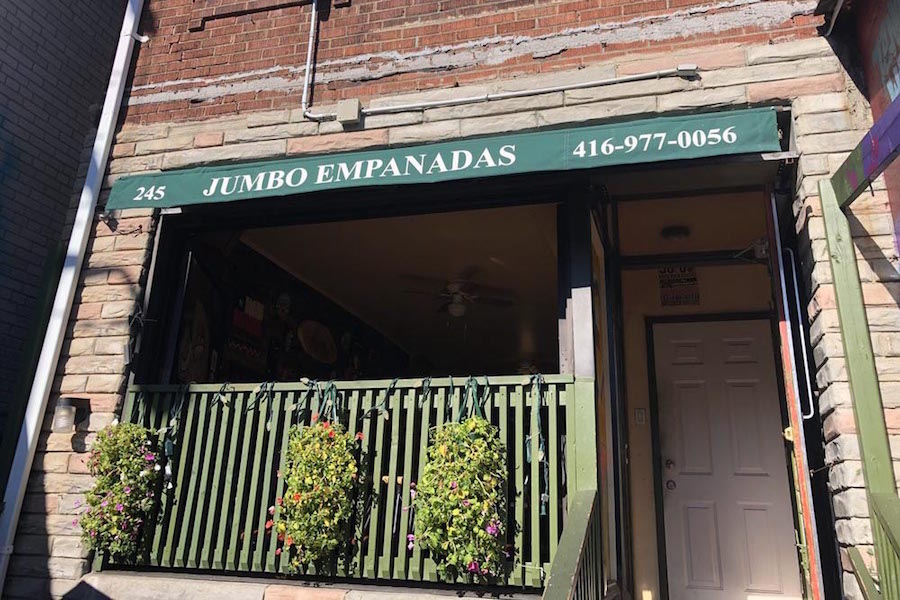 The community in Kensington Market is rallying behind a second business affected by a three-alarm fire on October 18.

A GoFundMe page for Emporium Latino has since raised more than $27,000 and two days ago the organizers launched another page for Jumbo Empanadas, which has raised nearly $4,000 as of press time.

“By 1999 Jumbo Empanadas moved to 245 Augusta Avenue as a dine-in restaurant with a liquor and patio license. Three generations of Irene’s family recently celebrated 30 years of business. Now there are 4 employees who work alongside the owner.”

“Hi neighbours and friends, thanks so much for your support for Emporium Latino! Unfortunately, Jumbo Empanadas was also affected in this fire so @cola.b.orate Venetia Butler, Maggie Helwig and Leyla Razeghi have created a campaign to help them as well. This campaign will also be set up so Irene (owner of Jumbo Empanadas) is able to withdraw directly. Please donate and/or share if you are able.” . Link in bio . #covidkindness #communityspirit #loveyourneighbor #supportlocal #supportsmallbusiness #torontonthegood #kensingtonmarketstrong #defendkensington

A post shared by Friends of Kensington Market (@friendsofkensingtonmarket) on Nov 1, 2020 at 11:20am PST

Jumbo Empanadas has fared better than its neighbour.

The GoFundMe states that the fire did not enter its building and Morales has insurance, leading her to believe she could remain open. However, safety inspectors disagreed, according to the GoFundMe organizers.

“Any money donated will be used to pay income loss for employees first, if there is extra it will be used for things insurance does not cover such as oven repairs,” the GoFundMePage states.