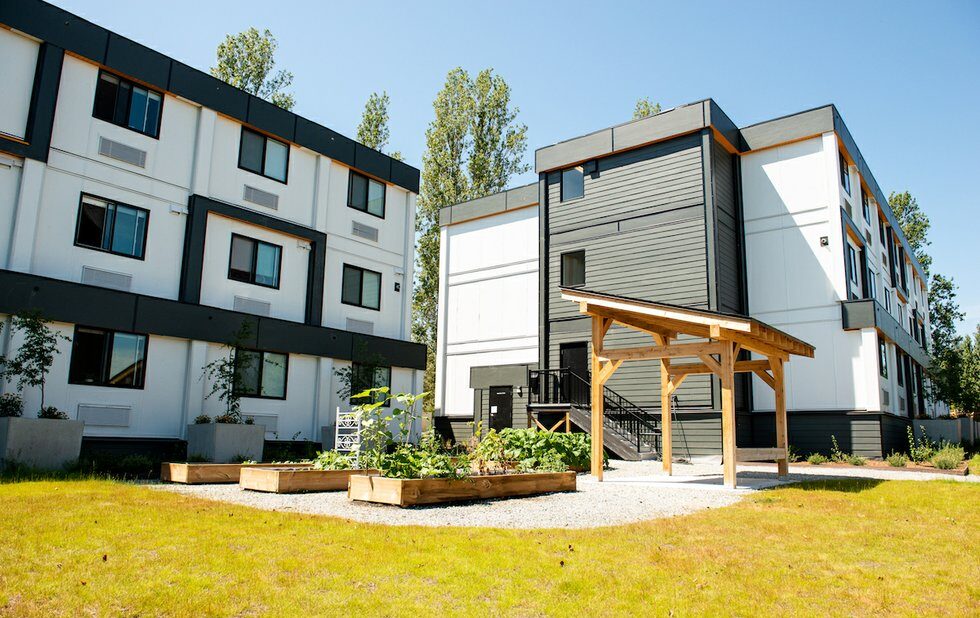 The city of Toronto has just approved a new modular housing initiative to be built by Horizon North Logistics, the manufacturer of this housing project in Vancouver.

To be constructed on city-owned land, the first phase of the project will include 110 pre-fabricated units expected to be ready for occupancy by September 2020 and another 140 units by April 2021. The plan passed 23-1, with only councillor Stephen Holyday opposed.

Modular housing units are pre-fabricated in a factory and then transported to the site where they can be quickly assembled. This method allows for shorter construction times and the ability to move the units to other locations.

A city report cites the current COVID crisis as part of the impetus for the project. “Prior to the onset of the COVID-19 pandemic, Toronto was already experiencing an unprecedented demand for homeless services due to various factors including a lack of affordable housing options in the city,” the report says. “Despite adding 3,000 shelter spaces since 2015, shelter occupancy remains at capacity with over 8,000 shelter users each night.”

The first phase will cost an estimated $20.9 million and be designed, delivered and installed by Horizon North Inc., a developer that’s built hundreds of modular housing units in Vancouver. The city will issue a Request For Proposals to select the manufacturer of the second phase.

City staff will begin identifying potential locations for the projects, prioritizing sites that are close to public transit and community resources.

The estimated total project cost is $47.5 million, with $28.75 million coming from the city’s Development Charges Reserve Fund for Subsidized Housing. For the remaining balance, city staff have applied to the Canada Mortgage and Housing Corporation (CMHC). The city has also requested additional funding from the province for health-related support services and housing subsidies.

Mayor John Tory stressed during today’s council session, the city’s first-ever virtual meeting, that the city’s facing an emergency and needed to take swift action to address the current coronavirus crisis sweeping through Toronto’s shelter system. As of April 25, there were 135 confirmed cases of COVID-19 in 12 Toronto shelters.

Tory also noted that it actually costs the city more to house homeless individuals in hotel rooms during the pandemic than to build supportive housing. According to city staff, on average it costs around $2,000 per month to operate a supportive housing unit emergency shelters cost nearly double that amount to operate – triple during the current COVID crisis.

“This is an extremely fast way to get new housing up,” says longtime housing activist Cathy Crowe. “The city has toyed with this idea since Tent City in 2003 and never acted, so it’s about time.”

She adds the city should also be considering expropriating empty properties to build affordable units.

Crowe is referring to the proposal put forth by the Ontario Coalition Against Poverty (OCAP) to turn Victorian former rooming house and adjacent vacant properties at Sherbourne near Dundas into rent-geared and supportive housing.