Ground zero: time to get serious about Toronto’s homelessness crisis

Bloomberg Businessweek would seem an unlikely place to find the latest trends in efforts to battle homelessness around the world. Last week, the U.S.-based weekly reported on Berlin’s efforts to tackle the problem.

The city’s left-leaning government has ordered the freezing of rents for five years. And new cap rules that could mean slashing of rents by as much as 40 per cent.

“Even more radically,” Bloomberg reports, “tenant groups and thousands of activists are demanding that large corporate landlords be expelled from the city altogether, their property expropriated.”

The goal is for the government to buy back some 250,000 units and turn them into public housing. 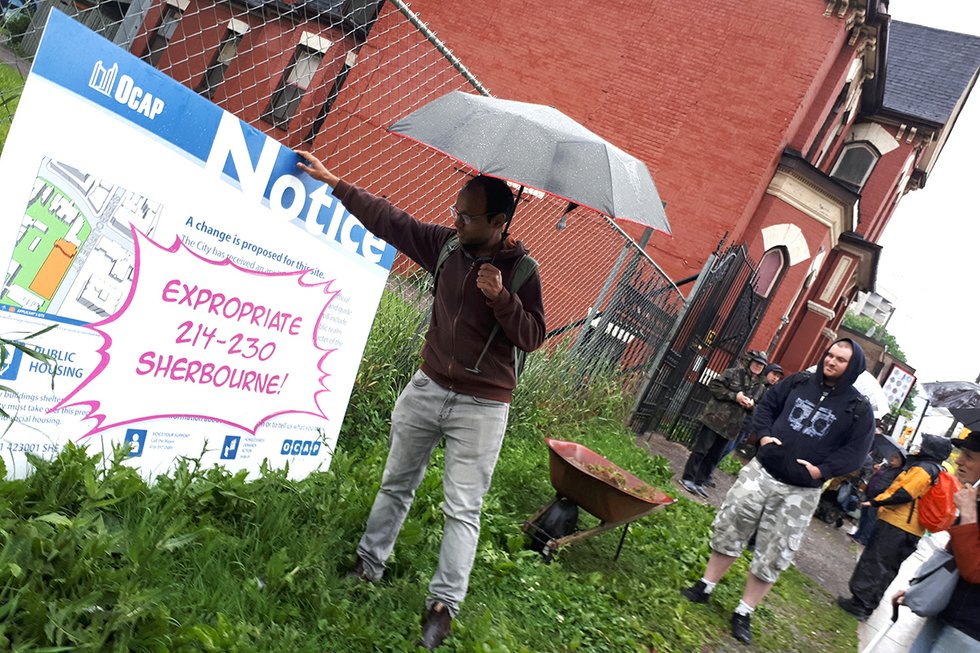 In Toronto, a similar proposal put forward by the Ontario Coalition Against Poverty (OCAP) to expropriate long-vacant buildings for social housing went to city council’s Planning and Housing Committee in the fall for consideration by city staff as part of the HousingTO 2020-2030 Action Plan to create 40,000 new affordable rental homes in the city. OCAP’s proposal was developed with input from members of the street-involved community, and a coalition of architects, planners and members of the Open Architecture Collaborative of Toronto. However, the city has yet to develop a program to determine what vacant properties it could try to purchase.

“There is absolutely no logical sense why any properties in the city would be vacant when you have approximately 9,000 people sleeping rough on the streets and in ravines, shelters and respite centres,” says Councillor Kristyn Wong-Tam, a member of the committee.

But she cautions that, according to the city’s legal department, expropriation could take up to two years. “I’m stuck with the legal and judicial and political structures that have to bend all in the same direction in order for us to secure those properties,” she says. 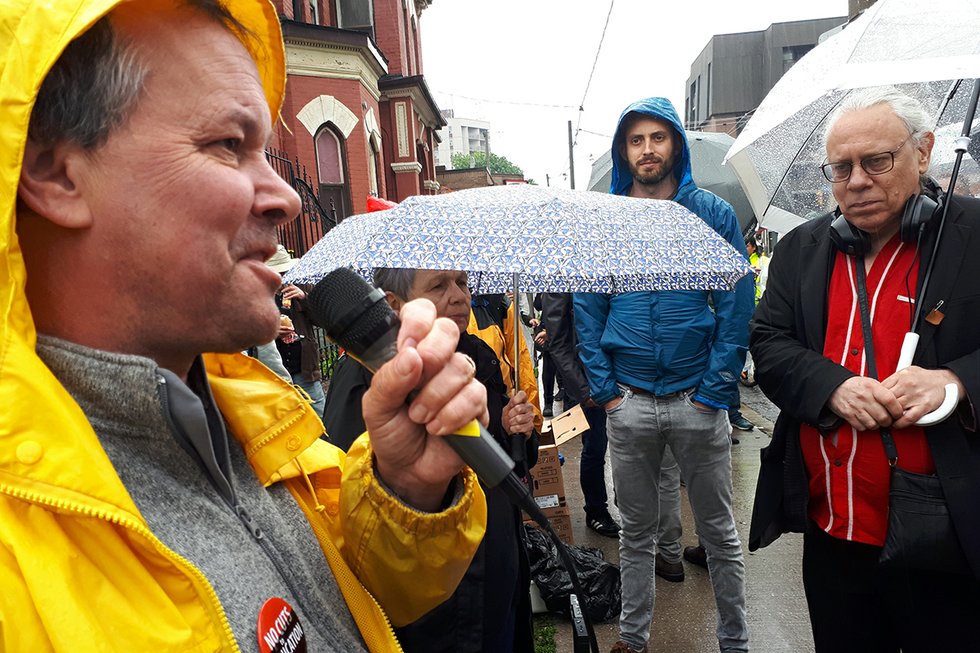 The Victorian former rooming house sitting next to a vacant lot at 230 Sherbourne near Dundas is a case in point. It’s been sitting empty since most people can remember. On a rainy afternoon last summer, OCAP hosted a march and rally to demand the city expropriate the 30-room mansion and adjacent vacant properties to build rent-geared-to-income and supportive housing on the site.

George Wong was part of the protest, sitting in his wheelchair in front of 230 Sherbourne. Wong lives in social housing. “The refuge of the people who can’t pay market value rent,” he quips. 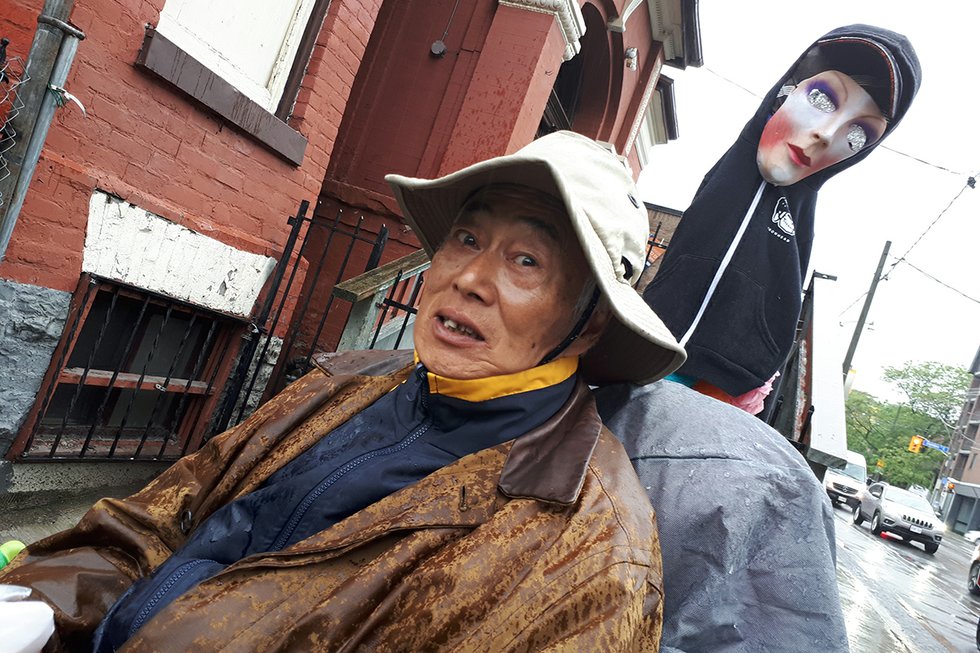 It makes sense to build social housing in Toronto’s most impoverished and needy street corner. All Saints Anglican Church, once a place of worship for the wealthy and the fashionable from nearby Cabbagetown, sits across the street and has been a long-time hub and safe drop-in space for street-involved people looking to access vital services.

The church has been operating as a community centre since 1970. People are served nutritious meals daily and can avail themselves of clothing and hygiene products. Through community partnerships, All Saints offers a range of services, including basic health care, mental health crisis support, harm reduction supplies, culinary training and life-skills development.

After selling their estate-sized homes to move to the suburbs, mostly absentee landlords converted many properties in the area into rooming houses. Working-class singles and low-income families lived for generations in these houses, including on the 214-230 Sherbourne lot until two of the houses were demolished. Ten years later, the lot is still empty with one tenant remaining to turn the lights off at 230, which was spared the wrecking ball courtesy of a heritage designation.

Wong-Tam says the owners approached the city several years ago to demolish the heritage structure and build a condo tower on the site. The city’s planning staff were opposed. Wong-Tam says that “the Sherbourne corridor is not where we anticipated that type of intensification and growth. We wanted to see affordable housing, but we did not think it should be a high-rise. They never came back to us after that preliminary meeting.” 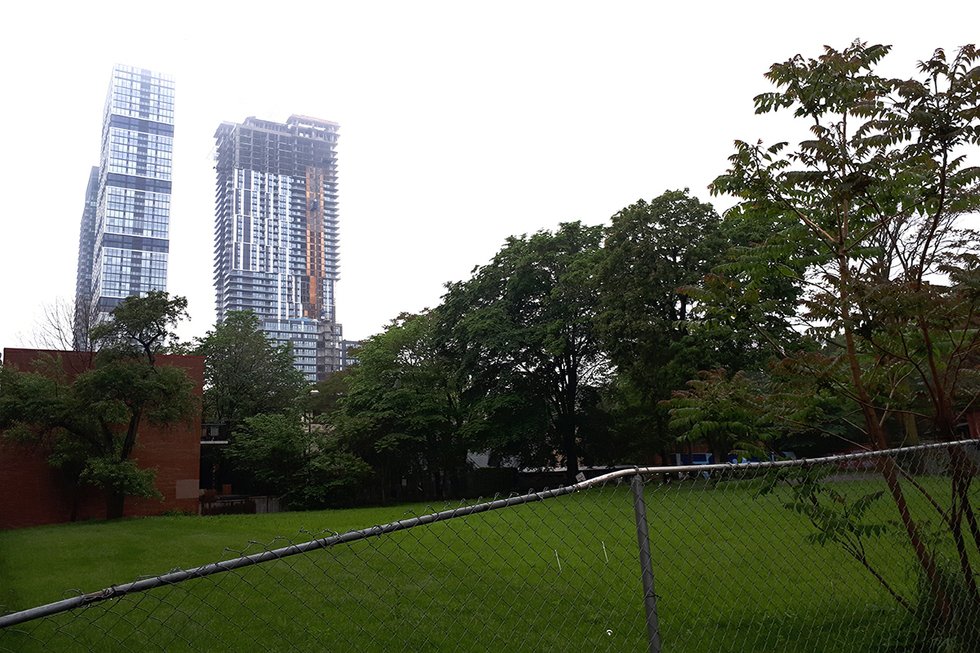 Meanwhile, gentrification in the neighbourhood has been proceeding in earnest, leaving more people with nowhere to live.

“Hundreds of people are here at this intersection, trying to survive the harsh conditions living on the street,” says OCAP organizer Yogi Acharya. “They’re watching this 30-room house sit vacant this whole time. It would be such a brutal escalation of this callousness if they see housing finally going up here, but it being the upscale condo kind that people can’t even dream of affording.”

Thirty-five years ago, Drina Joubert was found frozen to death in an abandoned truck behind 230 Sherbourne. This tragedy precipitated a provincial response not seen since. A coroner’s inquest recommended government funding for “long-term housing options.” The Liberal-NDP coalition of the day promised to build 3,000 units of social housing across Ontario and earmarked $31 million for emergency shelter and homeless relief.

But it’s been mostly complacency from city hall, says Acharya. 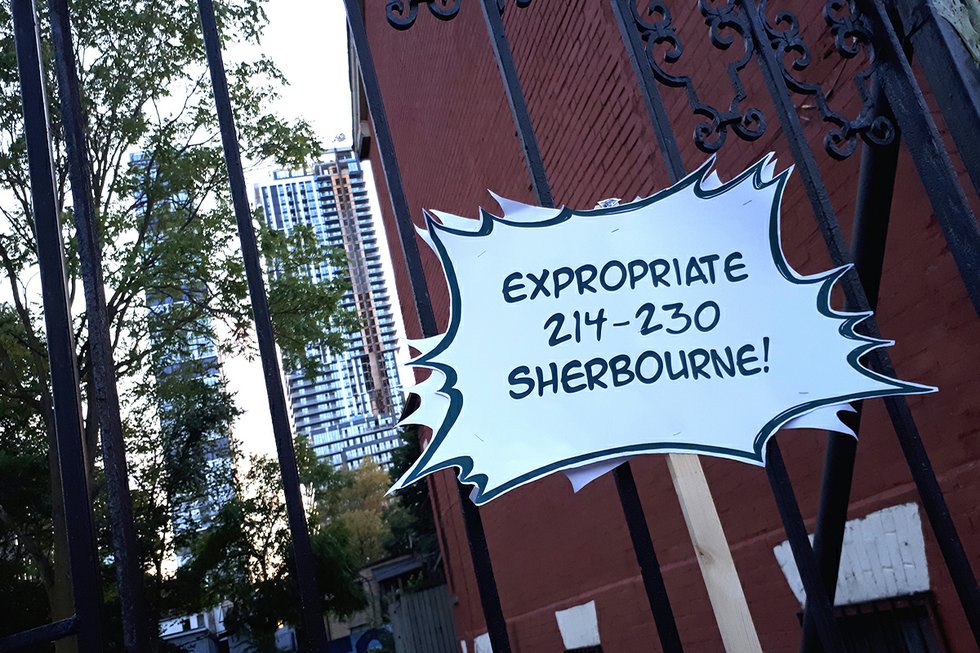 During OCAP’s action in the summer, about 50 marchers pushed a wheelbarrow of sod down Sherbourne to city hall to symbolize the urgency of beginning the excavation for social housing.

Mayor John Tory was not there to receive the marchers. In the lobby outside the mayor’s office, Kevin, who says he’s been trapped in the shelter system for years, speaks up.

“We are expressing our non-violent right to protest and it’s because everything else has failed. Stop choking and stonewalling. Step up with real solutions, it’s not that fucking complicated. How many people have to die?” 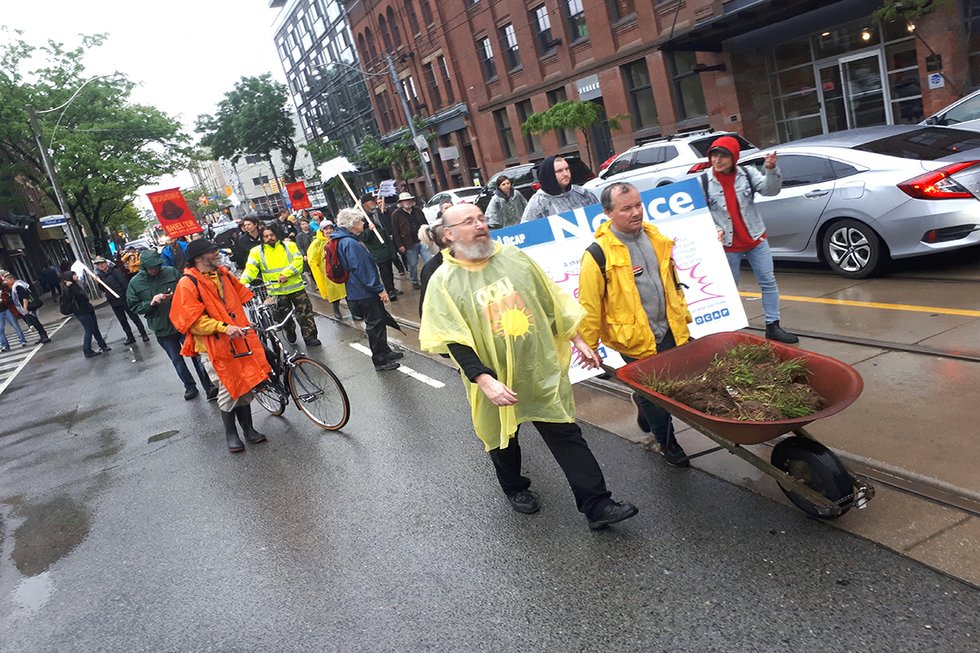 Some turf is left on the carpet outside of the mayor’s office.

Adrian Blackwell, a University of Waterloo architecture prof, has been working with Open Architecture Collaborative of Toronto in community workshops with OCAP on its social housing proposal for Sherbourne.

Blackwell says that the ground floors of any proposed building for the site should be open to the homeless community, as well as offer programming, free or low-cost meal programs, health services and employment services as well as open space.

But Nick Brewerton, the Royal LePage broker for the site, says that he’s brought the site to the attention of “a number of affordable housing providers over several years, but it seems economically unfeasible due to the high value of the site.” And that “a purchase or expropriation by the city might result in a similar price to the owners.” He says all the adjacent properties are owned by the same people.

“In the middle of this housing crisis, politicians have allowed speculators to just hang on to these empty spaces,” says OCAP organizer Gaetan Heroux. “We’re saying enough is enough. We have a plan for that corner (Dundas and Sherbourne), and we’re willing to fight for it.”