Toronto real estate is sitting on a high-risk bubble: report 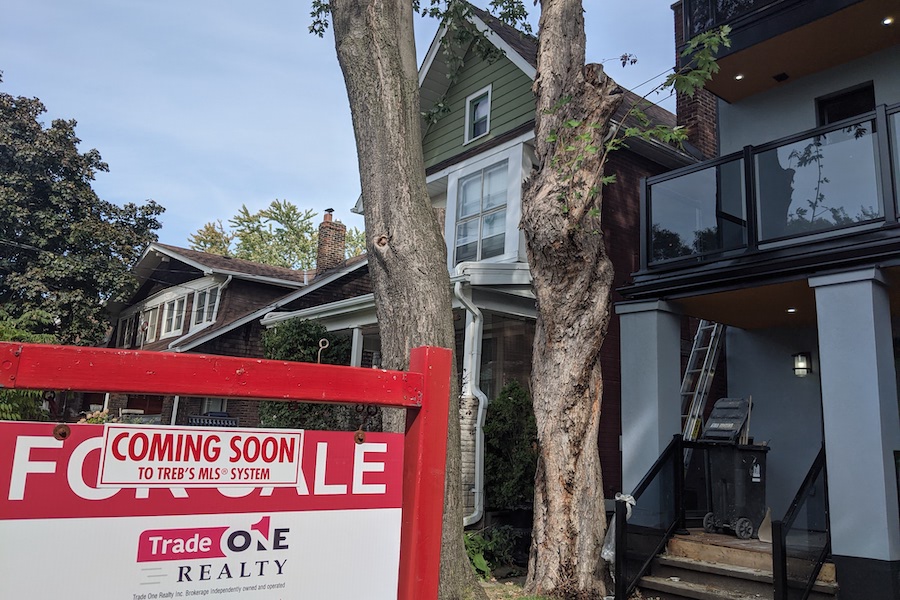 Toronto real estate prices are so inflated that a Swiss investment bank is warning the city is sitting on a high-risk bubble.

Toronto ranks as the third most over-priced major city in the world, according to the UBS Global Real Estate Bubble Index.

Among the most at-risk cities in the world, Toronto falls just behind Munich and Frankfurt. They score 2.35 and 2.26, respectively. And Toronto is at a greater risk for a “sharp correction” than Hong Kong (1.79) and Paris (1.68).

The only other Canadian city on the UBS index is Vancouver. Like Toronto, the west coast city was designated an at-risk bubble in 2018 with a 1.92 score. But Vancouver prices are milder now. In 2020, Vancouver is overvalued at 1.37, according to UBS. It’s still has a higher score than fellow “over-valued” cities like London, Tokyo, Los Angeles and San Francisco.

Dubai, Singapore, Milan and Madrid are among the cities the UBS index deems fair-valued.

The report from UBS is the most recent warning that Toronto real estate prices could see a sharp decline.

The Canada Mortgage and Housing Corporation’s spring outlook suggested that the average Toronto house price could bottom out at $739,000 in 2021. A recent report from Moody’s made a more conservative prediction that Toronto home prices could fall nine per cent next year.

These predictions repeatedly warn that the COVID-19 impact on employment and immigration will make home prices a little more humble.

The Canadian government and banks are delaying the COVID-19 impact with low mortgage rates, deferrals and financial assistance via CERB and other programs. But the UBS report argues that a decline in the rental market and the rapid inflation of pricing from the previous dozen years are reasons to expect a correction. The rising Canadian dollar will also disincentivize foreign investment.

But the hot Toronto real estate market repeatedly shrug off such sky is falling concerns.

Average house prices in Toronto broke ceilings in June, July and then August. We do not yet have data for September.