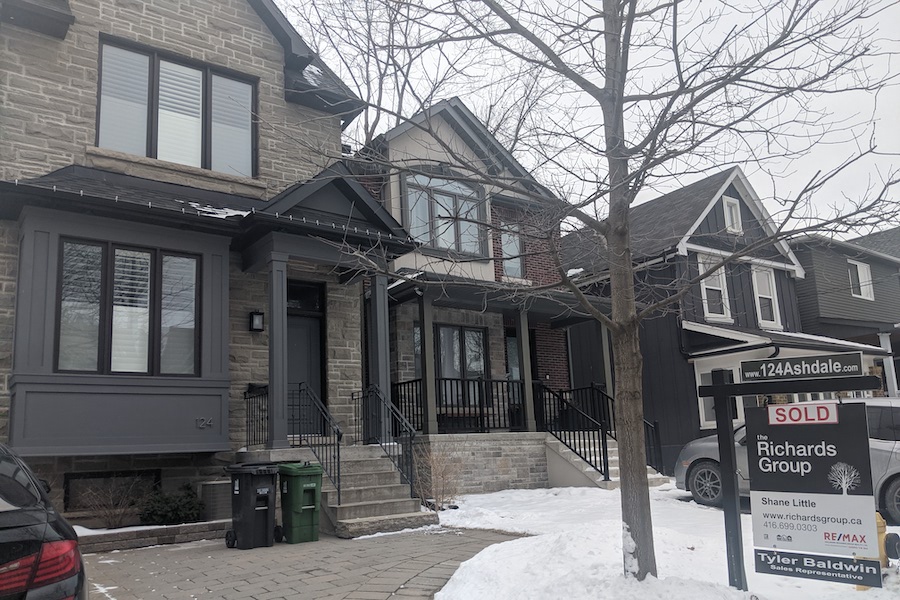 The record prices in the Toronto real estate market over the past year is just another example of how the COVID-19 pandemic further exacerbates issues rooted in social inequality, according to the Canada Mortgage and Housing Corporation (CMHC).

The crown agency’s 2021 Housing Market Report says the growth in real estate markets like Toronto and Vancouver reflect the uneven distribution of the pandemic’s economic impact.

While higher-income households could quickly adjust to lockdowns and maintain income while also benefitting from historic low mortgage rates, low-income workers like restaurant staff were often left with fewer employment options. The impact on the real estate markets such as Toronto is that demand for rentals and other less-expensive housing options declined, while prices for townhomes and semi-detached and detached houses are higher than ever.

When the pandemic took hold last spring, the CMHC’s housing market reports predicted a nine-to- 18 per cent decline in house prices before Canadian real estate began its recovery in 2022. A follow-up report doubled down on the estimation, estimating that the average home price in Toronto could dip as low as $825,000 in Fall 2020, before falling somewhere in the range between $739,000 and $840,000 by Fall 2021.

The average selling price for a home in the Greater Toronto real estate market in January 2021 was $967,885. The CMHC chalks up the unexpected results to pent-up demand and less spending during the pandemic that pushed up household saving. The extra household cash combined with the expectation that low mortgage rates would sustain during the pandemic drove Toronto real estate prices up.

“The fact that the most severe economic consequences of the pandemic were felt more by lower-income households helps us to understand the dynamics of the housing market over the same time period,” says the report.

CMHC points out that the financial burden of the pandemic hit younger people and people who work in the accommodation and food services industry the hardest. There is significant overlap among the two. The pandemic also halted immigration.

The CMHC explains that these factors contributed to shifts in Toronto, Vancouver, Ottawa and Montreal, where sales from March to October 2020 trended towards more expensive properties.

While demand during dropped for less expensive housing across the city, some Toronto neighbourhoods bucked the trend.

The CMHC housing market report arrived a day after real estate site Strata.ca revealed that Jane and Finch, Rexdale and Malvern had the highest appreciation rates in Toronto.

According to Strata, the city’s average condo appreciation rate is two per cent year-over-year. But prices in Malvern and Jane and Finch went up 14 per cent and 11 per cent respectively, while downtown condos depreciated six per cent.

According to Strata.ca broker Robert Van Rhijn, immigrant populations are driving the appreciation in these traditionally-overlooked neighbourhoods.