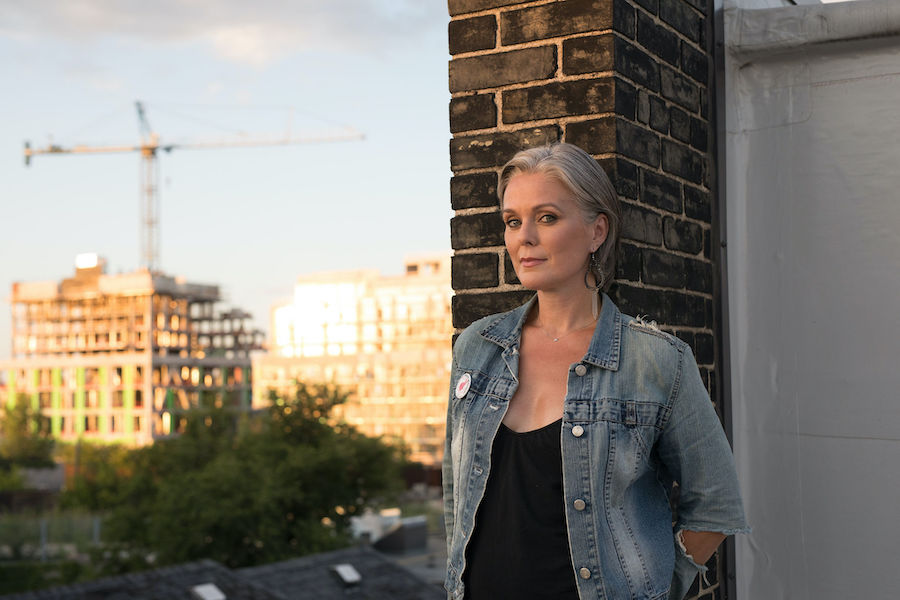 Award-winning filmmaker Michelle Latimer has resigned from the series Trickster on Monday (December 21), following a CBC investigation that raised doubt about her claim to Indigenous identity.

“I have listened to my community and feel that stepping away from the production is the appropriate course of action,” Latimer says in a post on Facebook. “I stand by who I am and by my family’s history, but I also understand what is being asked of me.”

Latimer’s resignation from the series she co-wrote, co-produced and directed follows the scrutiny regarding her identity as well as the departures of co-showrunner Tony Elliot and consulting producer Danis Goulet.

Eden Robinson, whose novel Son Of A Trickster was the basis for the series, also took to social media to express her disappointment in recent revelations regarding Latimer’s identity.

“I don’t know how to deal with the anger, disappointment and stress,” Robinson said, adding that she will be donating future residuals from the CBC series to the Haisla Language Authority.

According to the report, people began questioning Latimer’s identity just as she was being celebrated as an Indigenous creator for directing Trickster and the documentary Inconvenient Indian, which both screened at the Toronto International Film Festival.

The CBC interviewed prominent Elder Claudette Commanda, who comes from the Kitigan Zibi Anishinabeg community, where Latimer claims her grandfather comes from.

“Why is it that they just want the fame and glory, but they don’t want the struggles that come with it?” Commanda said.

Commanda stressed the importance of reaching out to connect with the community and doing research to verify a claim to Indigenous identity before claiming it or profiting from it.

The CBC also reports findings from genealogist and researcher Dominique Ritchot, which contradict Latimer’s claims to the community. She independently reconstructed Latimer’s genealogy based on documentation, finding two Indigenous ancestors dating back to the 17th century.

In a statement posted on Facebook on December 17, Latimer provided an explanation about her grandfather’s connection to the Indigenous community and said she is having her own genealogy test conducted.

She also apologized for the fundamental mistake of not verifying her connection to the Kitigan Zibi.

“I understand that there is an important difference between having this ancestry verified by the community of Kitigan Zibi and having it named and validated by members of my own family.”

“These issues are best resolved at the community level,” Wente told CBC, emphasizing the deep hurt a situation like this causes for Indigenous people. “I believe we must always centre healing above harm, even when we hold people accountable.”

Latimer has been both supportive of and supported by the Indigenous film community. She occupies a lot of space within it.

Latimer was on the cover of NOW in September. In our interview, she discusses her mother’s complicated relationship to Indigenous identity, explaining how colonization and self-hate played a role in her family’s disconnect from the community.

At the time of our conversation, in the middle of August, NOW was not aware of the accusations against Latimer.

Rhymes for Young Ghouls actor Kawennáhere Devery Jacobs made a statement on social media outlining the differences between having Indigenous ancestry centuries removed and being Indigenous, reinforcing the importance of being claimed by and accountable to a specific clan or community.

“Latimer has received countless Indigenous grants, opportunities for Indigenous artists, is the showrunner on a major network programme and had two Indigenous projects premiere at TIFF this year,” wrote Jacobs, who is kanien’kehá:ka.

“It wounds me to learn that Michelle Latimer, the biggest Indigenous director in the country, is a white woman.”

Update, December 18: This story has been updated to include the statement from Kawennáhere Devery Jacobs.

Update, December 21: This story has been updated to include Michelle Latimer’s resignation from Trickster.