The most anticipated Canadian films and series at Sundance 2020 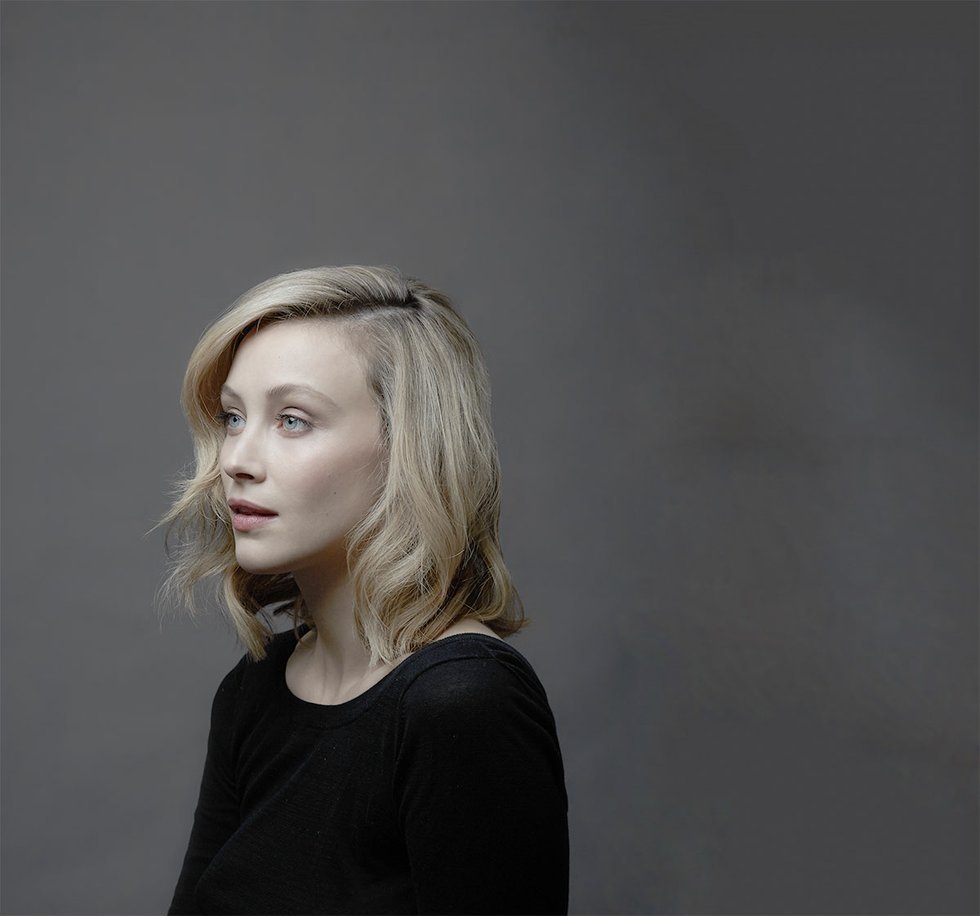 Canadians are blowing into the Sundance Film Festival like the polar vortex. Robert Redford’s high altitude, indie-focused fest kicks off on January 23, courting films and exhibitions made by and starring Canadians.  We’ve rounded up the people and films waving the maple leaf in Park City and Salt Lake City, Utah.

Lawrence Michael Levine’s Black Bear is a three-hander starring Sarah Gadon, Christopher Abbott and Aubrey Plaza. Gadon and Abbott play a couple who welcome Plaza’s filmmaker into their secluded house in the woods. Things start off prickly and then veer into David Lynch territory.

“It’s so rare to watch a movie about relationships where you just feel uncomfortable the entire time,” says Gadon in an interview with NOW. She describes the film as a dark and honest look at romantic, intimate and creative tensions.

Gadon had just seen Black Bear the night before our conversation and is brimming with excitement for audiences to watch as she goes toe-to-toe with Aubrey Plaza.

The movie feels like a departure for both actors. We know Plaza for outrageous comedies like Mike And Dave Need Wedding Dates and The Little Hours, but also darker films like Ingrid Goes West. Meanwhile Gadon gained prominence in prestige dramas and thrillers like David Cronenberg’s A Dangerous Method, Denis Villeneuve’s Enemy, James Schamus’ Indignation and Sarah Polley’s Alias Grace.

“I feel like I’m really funny in all the dark movies that I do,” says Gadon, dryly referencing the prim, proper and grim roles she’s known for.

She describes Black Bear as a dark comedy that finds middle ground between the films she and Plaza are best known for. 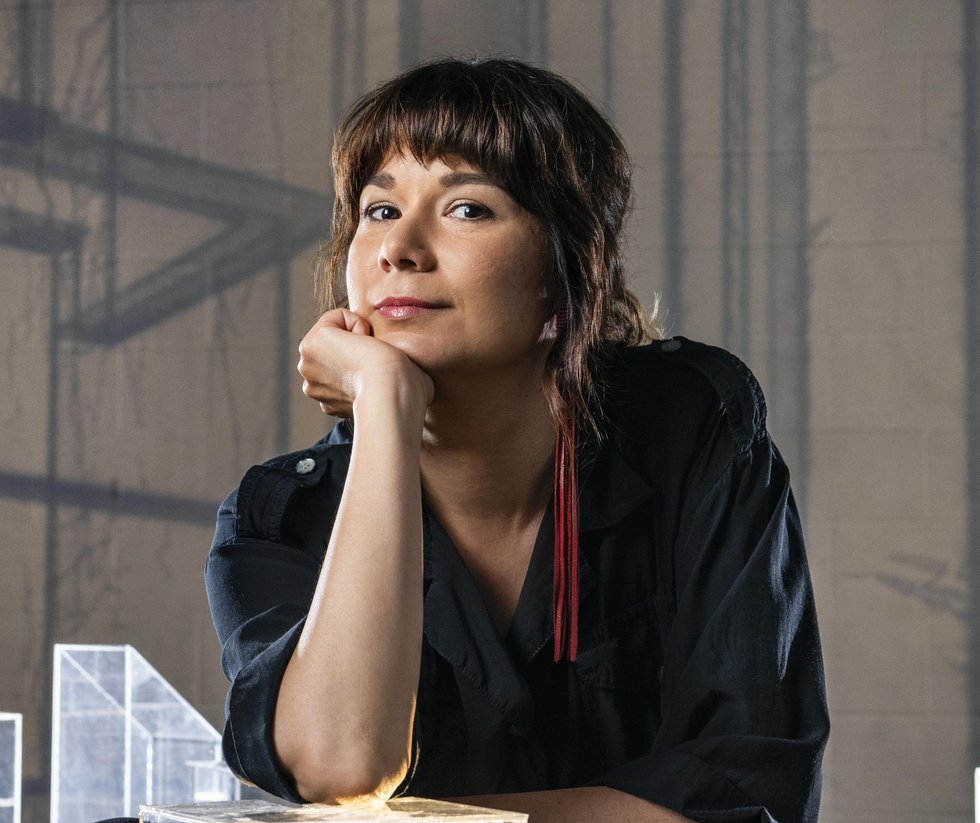 Filmmaker and multimedia artist Lisa Jackson (Biidaaban: First Light) is headed to Sundance for the first time with her short Lichen, an up close look at an alien-looking organism that continues to baffle scientists.

Lichens expert Trevor Goward – who Jackson describes as a Yoda figure — narrates the film, explaining the relationship between fungus and algae that forms the organisms. Through a magical symbiosis, dubbed emergence, lichens develop characteristics that cannot be found in the fungus and algae they come from.

“I was captivated by this idea that the living world is more complex than science can understand,” says Jackson.

The nature short is the first of Jackson’s films that, at first glance, doesn’t seem to have anything to do with Indigenous life and politics. But Jackson considers this short to be as Indigenous – if not more so.

“It’s an incredible example of an organism living in relationship,” says Jackson, who sees this species as a metaphor for the themes she’s worked with throughout her career in films like Indictment: The Crimes Of Shelly Chartier and 1491: The Untold Story Of The Americas Before Columbus.

“When you talk about Indigenous understanding of humanity’s role in the world, relationship is at the forefront – to each other but also to the living world around us,” she says. “This life form has survived in the most brutal conditions. It works in a partnership but almost thrives on adversity. It doesn’t survive in captivity. And yet it can survive in the high arctic.

“I’m proud of expanding what it means to make an Indigenous film.” 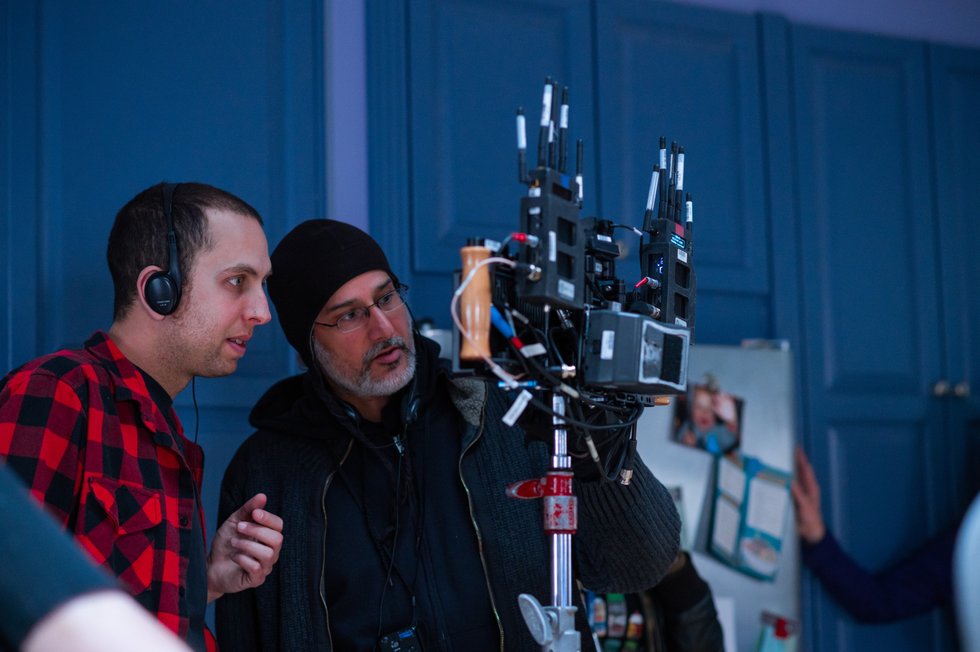 Director Brandon Cronenberg and Director of Photography Karim Hussain on the Possessor set.

The sci-fi movie is about a woman who uses technology to seize control of other people’s bodies and commit assassinations. As Cronenberg describes the plot in an interview, I can’t help but notice shades from Existenz, his father David Cronenberg’s movie about virtual reality tech turned deadly. Jennifer Jason Leigh also appears both films.

The younger Cronenberg shrugs off the comparison, pointing out that Existenz was about video games. Meanwhile, his film sounds like it’s taking on social media.

“I wanted to make a film about someone who may or may not have been an imposter in their life,” says Cronenberg. “I’m interested in the way that we construct our identity and maintain that identity. I like the way that acting, and the creation of character and narrative, are essential to the way that we operate, whether consciously or unconsciously.” 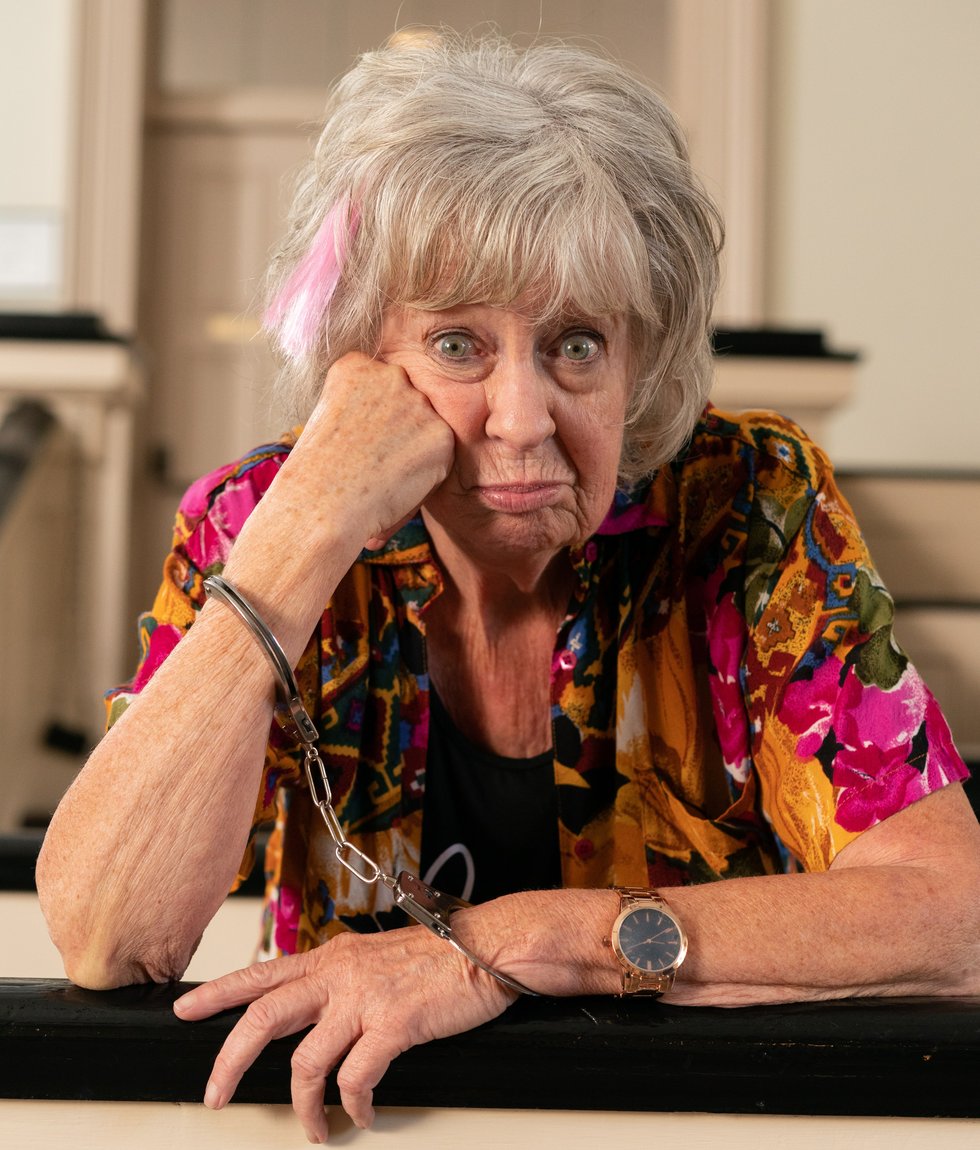 Not even a minute goes by in Hey Lady! when you don’t hear Jayne Eastwood cussing or calling out passerbys for looking at her “tits.” The cheeky CBC Gem web series is about a comical elderly woman who comes on to plumbers, terrorizes locals at the park and accosts Don McKellar, who plays a psychiatrist. The show is directed by Adrianna Maggs, Will Bowes and Sarah Polley, and was specifically written for the 73-year-old star by playwright Morris Panych.

“I’ve been in this business a very long time,” Eastwood said in a statement to press. “So it’s wonderful to finally get a series lead written just for me and it’s by Morris!  His words just tumble out like he was inside my head.” 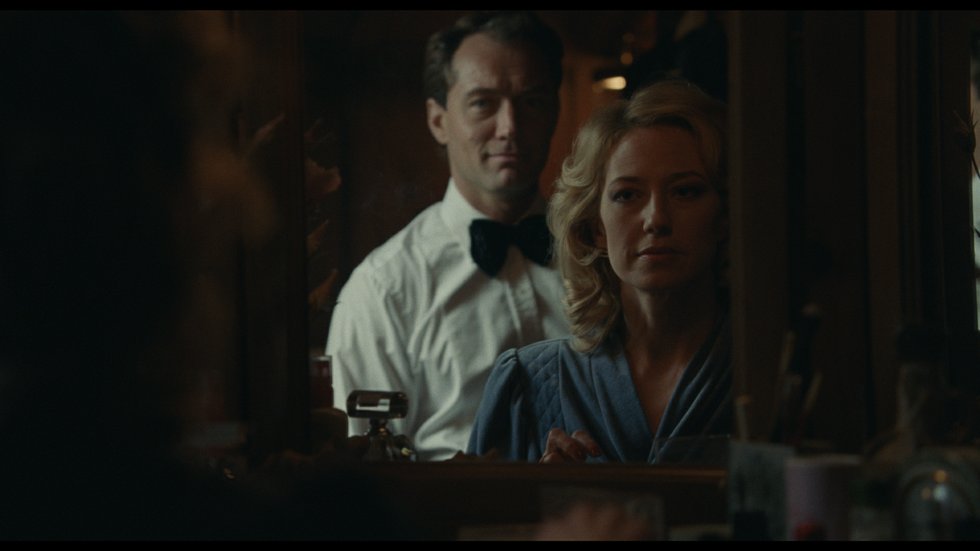 Canadian-born director Sean Durkin will be at Sundance with his long-awaited follow-up to Martha Marcy May Marlene. The Nest stars Jude Law and Carrie Coon as suburban Americans whose lives get twisted after they move to England in the 80s. We’ll assume the film is inspired by Durkin’s own childhood move from Canada to the UK. 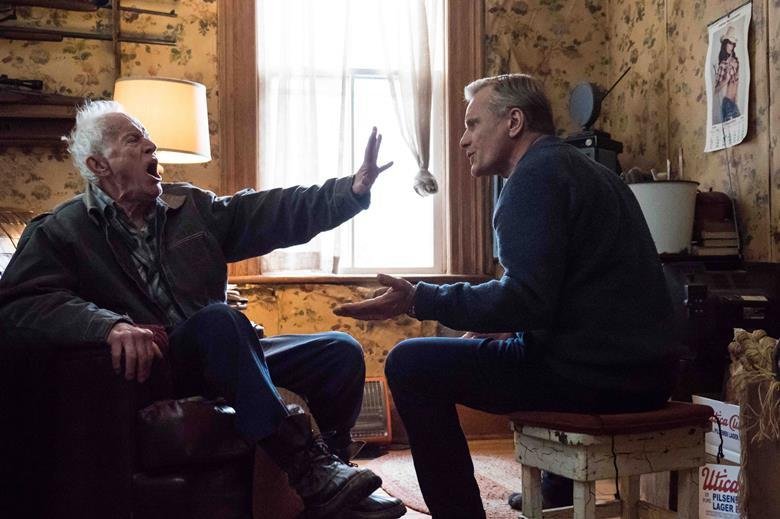 Honourary Canadian Viggo Mortensen writes and directs Falling, where he stars as a gay family man confronted by his conservative father (Lance Henriksen). Mortensen has been a regular in David Cronenberg’s films (A History Of Violence, Eastern Promises and A Dangerous Method). Now, the Canadian director is making an appearance in his muse’s directorial debut, a Canada-UK-Denmark coproduction that also stars Mindhunter’s Hannah Gross.

I’ll End Up In Jail: Poet, singer and filmmaker Alexandre Dostie’s short stars Martine Francke as a stay-at-home mom who hits the road in a monster truck.

Now Is The Time: Haida filmmaker Christopher Auchter revisits the day in August 1969 when the first totem pole in more than a century was raised in Haida Gwaii.

Hot Flash: Thea Hollatz’s animated short is about a newscaster coping with a hot flash on live television.

The Book Of Distance: Randall Okita’s interactive exhibition guides visitors through his family’s history with immigration from 1930s Hiroshima to a Japanese internment camp.

Chomsky vs. Chomsky: First Encounter: Sandra Rodriguez built a Noam Chomsky AI to challenge how our minds work and question what we seek from AI.

Breathe: A Sweden-Canada-US collaboration produces this mixed reality experience that follows air and particles from our longs through a journey that reveals how we’re connected to nature and each other.

These non-fiction films have Canadian producers

Influence: This South Africa-Canada co-production profiles the spin-doctors at Bell Pottinger, a PR firm that represented dictators, homicidal celebrities and the Sri Lankan government while they were committing genocide.

The Go-Gos: A US-Ireland-Canada coproduction documentary about the all-female band that topped the charts in the 80s.