Laugh, clown, laugh: the nominations for the 92nd Academy Awards were announced on Monday (January 13), and Joker leads the pack.

If Phoenix wins, which he almost certainly will, it will mark the second time two actors have won Oscars for playing the same character. Marlon Brando won best actor in 1973 for playing Vito Corleone in The Godfather, and Robert De Niro was named best supporting actor two years later for playing a younger Vito in The Godfather, Part II. Whereas De Niro’s performance is deliberately indebted to Brando’s, the whole point of Phoenix’s Joker is that he’s a completely different entity from Heath Ledger’s Dark Knight villain, which earned the actor a posthumous Oscar for best supporting actor in 2009. (I know, it’s confusing, but remember: the Joker loves chaos.)

The nomination for Little Women – and an accompanying nod for Gerwig’s adapted screenplay – was not quite enough to make up for the total absence of women in the director category, and a general dismissal of female-driven narrative projects. Krysty Wilson-Cairns is the only other woman to be nominated for writing or directing: she shares 1917’s original-screenplay nod with director Mendes.

Lulu Wang’s The Farewell, Lorene Scafaria’s Hustlers and Joanna Hogg’s The Souvenir were all entirely ignored, Marielle Heller’s A Beautiful Day In The Neighborhood scored precisely one nomination, for supporting actor Tom Hanks.

In fairness, 2019 was a pretty spectacular year for cinema, and a lot of deserving projects were snubbed. Josh and Benny Safdie’s Uncut Gems was shut out entirely, not even rating a best actor nomination for Adam Sandler Eddie Murphy’s performance in Dolemite Is My Name was also ignored. Robert Eggers’s The Lighthouse, a dark-horse in the acting categories for Robert Pattinson and Willem Dafoe’s gleefully over-the-top turns, was only nominated for Jarin Blaschke’s cinematography. Rian Johnson’s Knives Out, with its killer cast of character actors and arch production design, landed a single nomination for Johnson’s original screenplay.

Robert De Niro, who’s in almost every scene of The Irishman, couldn’t even eke out a best actor nod, crowded out by Phoenix, Pain And Glory’s Antonio Banderas, Hollywood’s Leonardo DiCaprio, Marriage Story’s Adam Driver and The Two Popes’ Jonathan Pryce. But Irishman co-stars Al Pacino and Joe Pesci are up for best supporting actor along with Hanks, Hollywood’s Brad Pitt and The Two Popes’ Anthony Hopkins.

Johansson – who had never been nominated before – scored a second nod in the supporting actress category for Jojo Rabbit she’s up against Kathy Bates in Richard Jewell, Laura Dern in Marriage Story, Florence Pugh in Little Women and Margot Robbie in Bombshell. 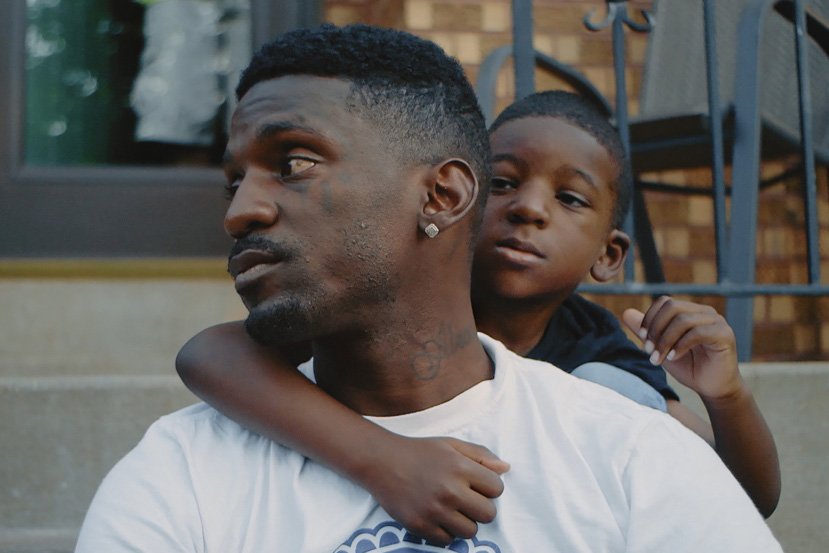 Canadian media will be buzzing about Sami Khan, whose St. Louis Superman (co-directed by Smriti Mundhra) snagged a nomination for best documentary short the film, which profiles Ferguson activist, rapper and politician Bruce Franks Jr., screened at Hot Docs last year. It’s nominated alongside In The Absence, Learning To Skateboard In A Warzone (If You’re A Girl), Life Overtakes Me and Walk Run Cha-Cha.

Honeyland, which is from North Macedonia, is also up for best international film – formerly the foreign-language prize – along with Jan Komasa’s Corpus Christi (Poland), Ladj Ly’s Les Misérables (France opens in Toronto this Friday), Pedro Almodóvar’s Pain And Glory (Spain) and Parasite (South Korea). Parasite looks like a sure thing since it’s also up for picture, director, original screenplay, production design and film editing.

Seeing Bong nominated for best director is heartening, since a nod in that category usually means a given film is in serious contention for best picture… though it’s possible that, as with Roma last year, the Academy will see the foreign-language/international-film award as the ceiling and give the top prize to something else. Of course, in that formulation Parasite also takes best director, with which I am entirely okay.

But it’s not that simple, is it? Mendes, Phillips, Scorsese and Tarantino are also up for director, meaning 1917, Joker, The Irishman and Once Upon A Time … In Hollywood have the same shot at best picture next month.

And honestly? My gut tells me this is Tarantino’s year. I may not care for his movie – like, at all – but it’s a love song to power of cinema, which is catnip to the Academy, and he’s been campaigning tirelessly for it. They’ve probably engraved his name on the original screenplay statuette already.

Still, I’d much rather see Bong and Parasite win it all picture, director, original screenplay, international film, the whole damn thing. Parasite is an exceptional work, and perfectly executed from top to bottom. I would say I was surprised that Song Kang-ho and Park So-dam weren’t nominated in the acting categories, but non-English performances are always the longest of shots I’m just happy Banderas was recognized for Pain And Glory. Maybe he’ll even win, that’d be nice.

Nah, who am I kidding. It’ll be Joaquin Phoenix for Joker. He’ll be laughing all the way to the podium.

The 92nd Academy Awards ceremonies will be held in Los Angeles on February 9 and broadcast on CTV. See the complete list of nominations here.