NOW MagazineMovies & TVReviewsReview: The Traitor is a cliched mix of crime thriller and courtroom drama

Review: The Traitor is a cliched mix of crime thriller and courtroom drama 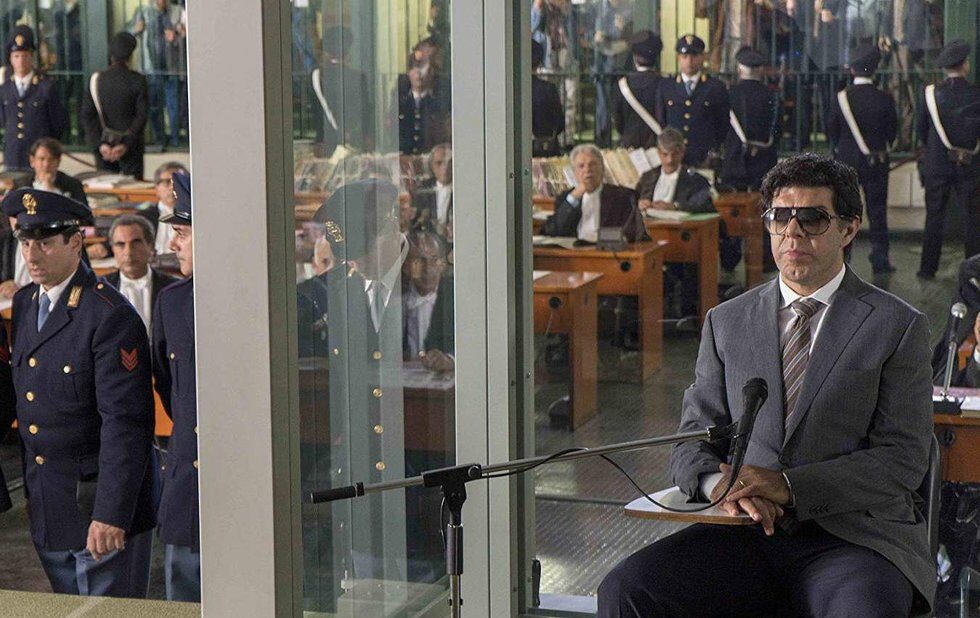 Marco Bellocchio’s massive mob drama follows the journey of Tommaso Buscetta (Pierfrancesco Favino) from well-placed Cosa Nostra foot soldier to Mafia whistle-blower his testimony led to the largest trial in Italy’s history, and the assassination of a respected federal judge. But Buscetta never saw himself as a rat rather, he insisted he was the one honourable man in the organization he exposed.

It’s an ambitious, elaborate premise for a feature, and I’m sorry to say it does not work at all. Producer/director Bellocchio and his screenwriters turn a complex narrative into a clichéd mixture of crime thriller and courtroom picture that, for all its detail and brutality, still manages to be deadly dull.

Running nearly an hour shorter than The Irishman, another 2019 mob epic told from the perspective of a peripheral figure, The Traitor feels three times longer it also looks awful, thanks to soap-opera-level digital cinematography that flattens out its large sets and makes nighttime exteriors appear to have been lit by amateurs.

Favino, of World War Z and The Catcher Was A Spy, does his best to give Buscetta some complexity, but all we ever really learn about the man is that he considered himself to be a good guy, even when he was doing terrible things. It’s just not enough to sustain the film over its crushing running time – or to give us any sort of meaningful connection to the man at the centre of this story.

The entire point of The Irishman is the emptiness of a life lived in the service of monsters. To invoke another of Scorsese’s essential gangster pictures, GoodFellas knows Henry Hill is a louse even if Hill doesn’t. The Traitor takes Buscetta at his word, and shrugs.