What to watch on Netflix Canada in May 2021 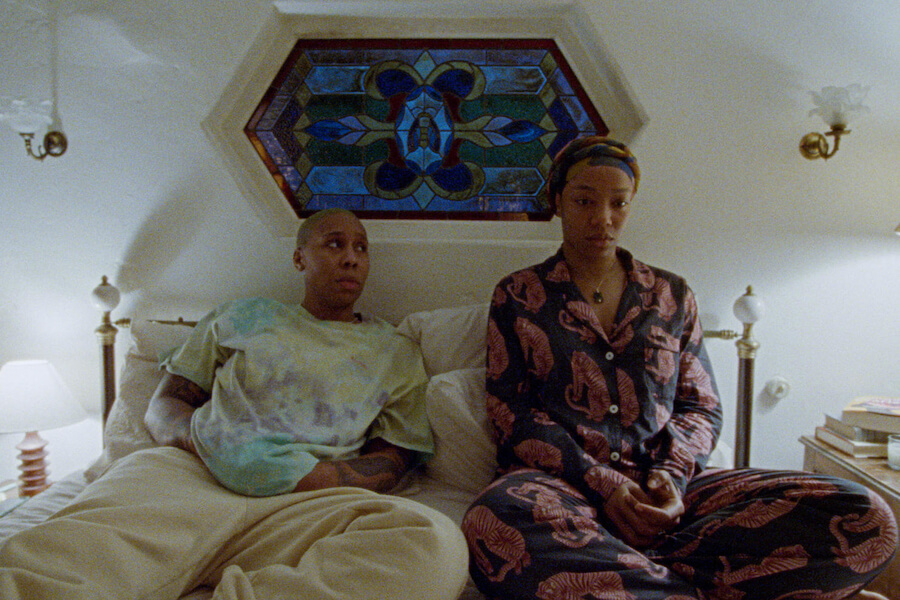 Master Of None will focus on Lena Waithe's Denise and her partner Alicia (Naomi Ackie) in season 3.

These are the most anticipated new titles hitting Netflix Canada in May 2021, including Master Of None season 3, Ryan Murphy’s spin on fashion designer Halston and a documentary about author Amy Tan.

Master Of None (season 3)

It’s been a few years since the second season of Aziz Ansari and Alan Yang’s series about the food-loving comic and his circle of friends dropped. Ansari kept a low profile after he was the subject of sexual misconduct allegations in 2018, but he did release a stand-up special, Aziz Ansari: Right Now, in which he dealt with the allegations. In the five-episode season three, Ansari shifts to a director role as the story follows Lena Waithe’s Denise and her partner Alicia (Naomi Ackie). Waithe – who cowrote the season with Ansari – and Ackie are the only actors listed in the “key cast,” so expect a complete departure from the first two seasons. Netflix is billing the new season as “a modern love story that intimately illustrates the ups and downs of marriage, struggles with fertility, and personal growth both together and apart.” May 23

Uber-producer Ryan Murphy’s latest pulpy pop culture-inspired mini-series casts Ewan McGregor as Studio 54-era fashion designer Roy Halston Frowick, who was also the subject of a documentary a couple years ago. The story has many Murphyesque elements: a Midwestern gay kid who reinvents himself in the big city, kitschy retro glam, sex, drugs, the HIV/AIDS crisis and celebrities like Liza Minelli, Pat Cleveland and Joel Schumacher who will need to be impersonated on screen. Veteran HBO director and I Shot Andy Warhol screenwriter Daniel Minahan directs. May 14 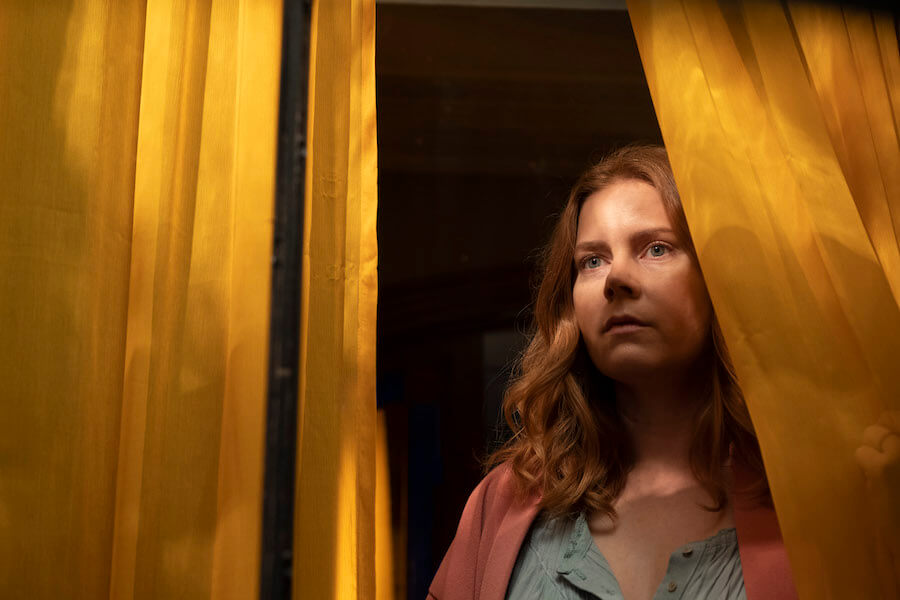 The Woman In The Window

Produced by Fox 2000 pictures before Disney absorbed that production company – and originally slated for theatrical release in the fall of 2019 – this adaptation of the A.J. Finn bestseller stars Amy Adams as an agoraphobic therapist who distracts herself from her own issues by idly watching her neighbours across the road – which ends up getting her dragged into a missing-persons investigation when one of them disappears. Gary Oldman, Anthony Mackie, Wyatt Russell, Brian Tyree Henry, Jennifer Jason Leigh and Julianne Moore co-star; Joe Wright (Atonement, Pride & Prejudice, Darkest Hour) directs from a script by Tracy Letts. May 14

This documentary about the bestselling author of The Joy Luck Club was the last film made by director James Redford, who was Robert’s son and a good friend of Tan’s before he died last October. Interview subjects include Crazy Rich Asians author Kevin Kwan, members from the cast of the film adaptation of Joy Luck and author Isabel Allende. Plus, you get to see Tan perform in the novelty band the Rock Bottom Remainders with her fellow superstar author colleagues Stephen King, Barbara Kingsolver and Matt Groening. Coming soon 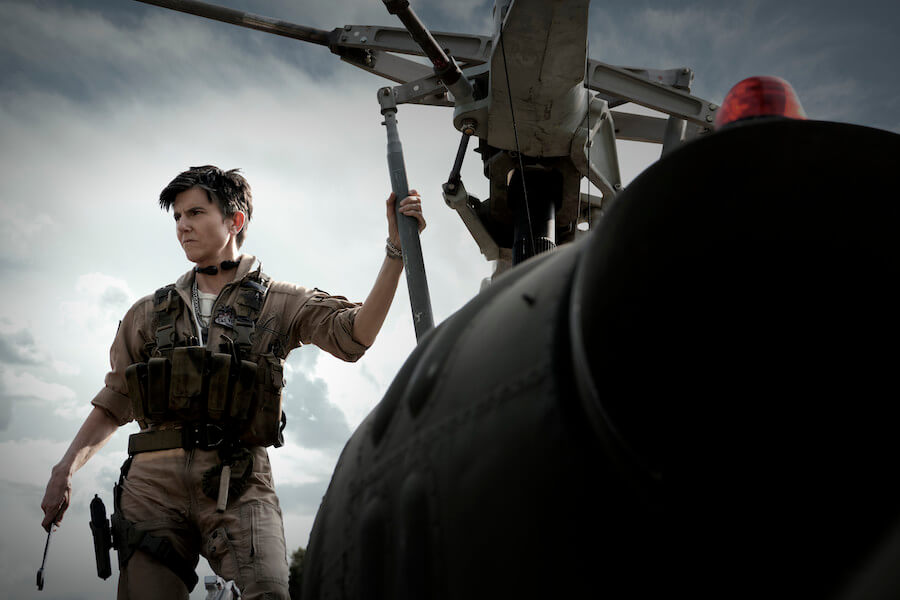 Army Of The Dead

If you were wondering what Zack Snyder would do after reclaiming his vision of Justice League, wonder no further: he’s gone back to his first love, shooting zombies in the face and chest with heavy artillery. Almost 20 years after he broke out with his high-octane remake of Dawn Of The Dead, Snyder is back making ultraviolent action-horror with this apparently unrelated project starring Dave Bautista, Ella Purnell, Omari Hardwick and Tig Notaro as mercenaries hired to pull a casino heist in Las Vegas… during a zombie apocalypse. This is almost exactly the same premise as Yeon Sang-ho’s recent Train To Busan sequel Peninsula, though presumably this one will have a lot more slo-mo. May 21

The first product of Netflix’s deal with Mark Millar’s Millarworld comics imprint is an adaptation of the superhero book created by Millar and Frank Quitely in 2013, exploring the generational conflicts of an aging team of heroes (played here by Josh Duhamel, Leslie Bibb, Ben Daniels and others) and the new kids on the block (played by Andrew Horton, Elena Kampouris and Ian Quinlan)… some of whom are literally their kids. The series was developed for television by Steven S. DeKnight, who ran Daredevil for Netflix, and taken over by The Walking Dead and Altered Carbon writer/producer Sang Kyu Kim, which might give you an idea of what to expect, tonally speaking. May 7

Netflix’s latest true-crime title revisits a series of hate crimes that terrorized Londoners over three weekends in April 1999. Improvised bombs containing up to 1,500 four-inch nails detonated in areas frequented by Black, Bangladeshi and LGBTQ people, killing three and injuring 140 people, including four who lost limbs. Police eventually arrested 22-year-old David Copeland, a self-described racist and homophobe who was convicted and handed six life sentences in prison. This feature documentary promises to revisit the case and explore how the affected communities bonded in the wake of the attacks. May 26 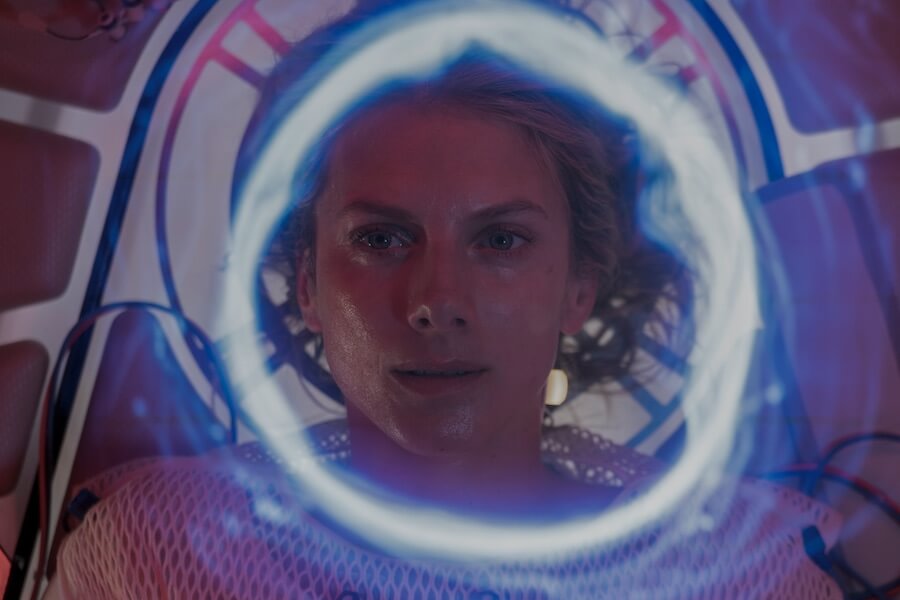 Were you freaked out watching Ryan Reynolds struggle to free himself from that coffin in Buried? Well, what if the coffin was a cryogenic pod in the near future? And what if it was Mélanie Laurent in there instead? And what if she also had amnesia and couldn’t remember the release code for the pod? That’s the premise of Alexandre Aja’s ticking-clock thriller, and that’s pretty much all we know about it. Like, is the whole movie set in the pod the way Buried took place entirely in the coffin? And will the fact that Laurent is more than a foot shorter than Reynolds have any impact on the plot? These are the things we think about so the claustrophobia doesn’t get us, anyway. May 12

Overseen for this “volume” by Tim Miller and Jennifer Yuh Nelson, the anthology of animated sci-fi shorts offers new adaptations of stories by John Scalzi, Joe Lansdale and SF legends Harlan Ellison and J.G. Ballard, among others. Miller’s vision of the show as a modern-day Heavy Metal seems to be intact, though it’ll be interesting to see what Nelson – who directed the Kung Fu Panda sequels for DreamWorks Animation, and helms an adaptation of Paolo Bacigalupi’s Pop Squad – brings to the table. May 14

Searching For The Sons Of Sam (podcast)

We’re all obsessed with true crime documentaries. And this new docuseries follows journalist Maury Terry, who believed serial killer David Berkowitz didn’t act alone in his brutal slayings. Known as the Son Of Sam, he killed six people and wounded seven others between 1976 and 1977, and was subject of the biggest manhunt in New York City history. May 5 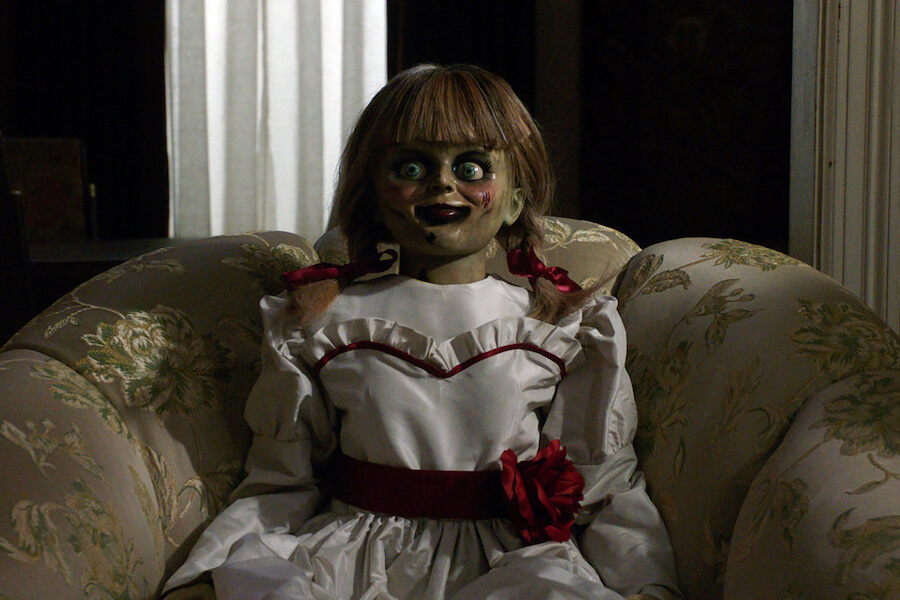 Even if you’re unfamiliar with the Annabelle movies – about the creepy old-timey figurine that’s a conduit for evil spirits, or The Conjuring movies, which first introduced the doll – this chamber of horrors pic will still be entertaining. And if you’re a big fan of the movies in The Conjuring Cinematic Universe, this 2019 flick will provide lots of treats for the films to come. See review here. May 17.

Anchored by a great dual performance by Lupita Nyong’o, writer/director Jordan Peele’s second feature is a terrifying metaphor for class privilege that delivers as many iconic movie moments as his now-classic debut Get Out. This time, Peele ups the ante with more horror gore, a typically gonzo supporting turn from Elisabeth Moss, a dance sequence and a pile of film references and Easter eggs. May 23

We have no idea how Philippe Falardeau’s first feature made its way to Netflix, but we’re not complaining: it’s a sharp, funny found-footage satire starring Stéphane Demers as a Montreal filmmaker making a documentary about the efforts of his engineering-grad roommate (Paul Ahmarani) to find a fulfilling job, and how that documentary winds up complicating both its subject and their friendship. It was produced in 2000 (and looks it), but the core theme of idealism being ground down by capitalism hasn’t aged a day. May 1

The full list of new titles available on Netflix Canada in May 2021 by date:

Master Of None (season 3)

Total Drama: Revenge Of The Island

The Sons Of Sam: A Descent Into Darkness

Mad For Each Other

On The Basis Of Sex

The Legend Of Sleepy Hollow

Dance Of The Forty One

I Am All Girls

The Woman In The Window

Army Of The Dead

High On The Hog: How African American Cuisine Transformed America

TV series and movies leaving Netflix Canada in May 2021.

This story has been updated with release dates and new info for Master Of None season 3 and Halston.

Netflix What To Stream