What to watch on Crave in October 2021

Including new seasons of Succession, Insecure, Curb Your Enthusiasm and Canada's Drag Race 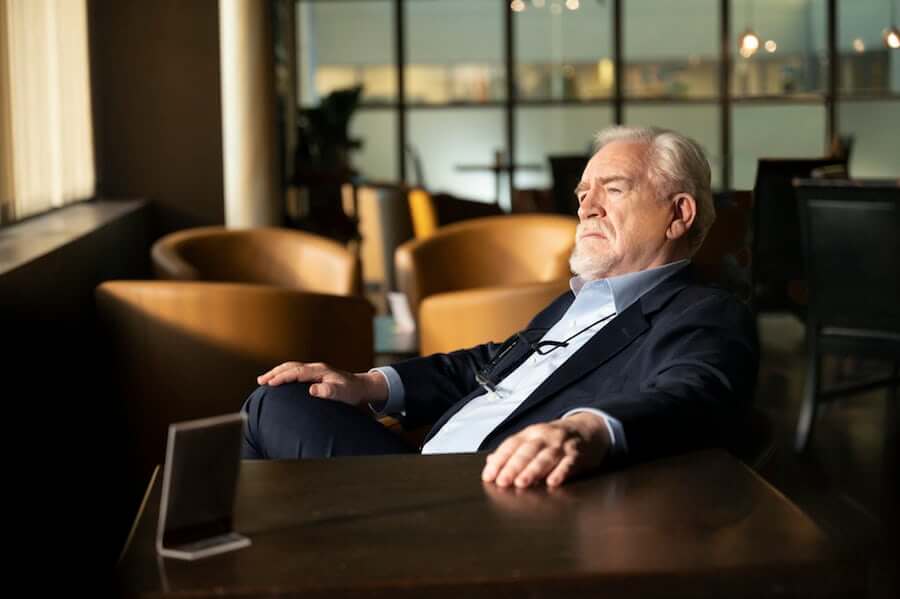 Our picks for the best new movies and TV shows hitting Crave in October 2021 include new seasons of HBO hits Succession, Insecure and Curb Your Enthusiasm and Canada’s Drag Race season 2.

Issa (producer/star Issa Rae) and Molly (Yvonne Orji) take one last ride through their awkward phase, as Issa Rae’s acclaimed HBO series reaches the end of its run with a season dedicated to exploring Issa and Molly’s friendship – which became severely strained in season 4 – and finally figuring out Issa’s messy relationship with Lawrence (Jay Ellis). No one’s talking about how it all wraps up (for obvious reasons), but all of this year’s episode titles end with “okay?” so we hope that’s a good sign. October 24

The hit reality competition returns with a less Toronto-centric cast of drag performers and three new judges. Season 1 was a fun pandemic distraction, but online bullying of former judge Jeffrey Bowyer-Chapman marred what was otherwise a largely well-received debut season. (He recently addressed the situation for the first time here.) Producers have made some behind-the-scenes changes in hopes of keeping the focus squarely on the weekly challenges, lip syncs and eliminations in season 2. October 14

Whether you call it “cancel culture,” “doxxing” or “cyber-bullying,” the idea of people being shamed on the internet is here to stay. This documentary, co-executive produced by Monica Lewinsky – who knows a thing or two about being vilified online and off – looks at all aspects of the phenomenon. Should, as Roxanne Gay suggests, “cancel culture” be called “consequence culture”? Do people get a dopamine hit watching people get their comeuppance? Are clickbait sites and social media platforms like Facebook the ultimate winners? Tune into this doc to find out – or shame on you. October 7

Awkwafina Is Nora From Queens (season 2)

Awkwafina’s pleasantly silly, no-stakes comedy – starring the Farewell and Crazy Rich Asians breakout as a slacker version of herself still living in Flushing with her dad Wally (BD Wong) and grandmother (Lori Tan Chinn) – is back for another round of culturally specific foolishness, and we expect Bowen Yang will get more screen time as Nora’s irresponsible cousin Edmund – because if you have Bowen Yang available to you, why wouldn’t you put him in everything? And while it seems unlikely that Awkwafina’s Shang-Chi co-star Simu Liu will return as Garbage Boy – that character only existed in a flashback episode – we’re holding out hope someone else from the movie turns up. Tony Leung would be perfect as Wally’s long-lost, overly melancholy brother. October 15

All we know about the 11th season of Larry David’s cringe comedy is that it’s coming back at some point in October. When season 10 ended in March 2020, Larry’s coffee shop had burned to the ground. Co-star Jeff Garlin recently told the Ringer that episode one will touch on the pandemic, but don’t expect COVID to become a major character. “It’s a post-COVID world,” Garlin said. J.B. Smoove and Richard Lewis are confirmed to be back in the mix. October 24

With Lower Decks having demonstrated the appeal of an animated Star Trek series (admittedly after a bit of a rocky start), here’s another show set within the Next Generation era, as six misfit kids discover a derelict starship on their alien world, power it up and blast off for adventure – with the help of Captain Kathryn Janeway of the USS Voyager – now in handy holographic form! The voice cast includes Brett Gray (When They See Us) and Angus Imrie (The Kid Who Would Be King) as well as animation veterans Jason Mantzoukas and Dee Bradley Baker, and of course the big deal for Trekkers is Kate Mulgrew reprising her Voyager role. October 28

The brief and harrowing encounter between the two Indigenous women depicted in The Body Remembers is based on co-director’s Elle-Máijá Tailfeathers experience with a pregnant woman escaping abuse. Áila (co-director Tailfeathers) comes from privilege and Rosie (Violet Nelson) from the foster care system. But both are burdened by history and trauma, which recent headlines remind are not so far behind us. Their time spent together, seemingly shot in a propulsive and immediate single take (the edits are carefully hidden), is fleeting, but it has a profound and lasting impact. October 19

Wallace & Gromit: The Curse Of The Were-Rabbit

It may not be anyone’s idea of a Halloween movie – it’s not scary at all, for one thing – but Aardman Animation’s splendid stop-motion Oscar-winner about an eccentric inventor (voiced with perfectly ridiculous enthusiasm by Peter Sallis) and his extremely helpful dog (not voiced at all, but that’s okay) ought to be part of your seasonal rotation: its visual sensibility is inspired by Golden Age horror movies, it features Helena Bonham Carter and Ralph Fiennes sending up their more serious screen personae, and it has an honest-to-goodness monster in it: part man, part rabbit, and all stomach. Look, just press play, it’ll do all the work for you. October 15

Ghost In The Shell 2.0 (2009)*
Grindhouse: Death Proof*
The Hateful Eight*
Hop*
The Levenger Tapes*
Safer At Home+
Scooby-Doo*
Scooby-Doo 2: Monsters Unleashed*
Those Who Wish Me Dead*

Arrival*
Casper (1995)*
Face/Off*
Fear Of Rain+
Four Good Days+
The Mummy*
The Mummy Returns*
Spiral: From The Book Of Saw*
Uninterrupted: Northern Ties+
Wallice & Gromit: The Curse Of The Were-Rabbit*

Four Hours At The Capital+

The Conjuring: The Devil Made Me Do It+
Dawn Of The Dead (2004)*
Hostel*
Jennifer’s Body*
Knocked Up*
No One Lives*
Spell+

The following titles are leaving Crave in October 2021.

Bitchin’: The Sound And Fury Of Rick James

Brett Kissel Live At The Drive-In

The Education Of Dee Dee Ricks

Update (October 19, 2021): This post was updated with the air dates for Curb Your Enthusiasm season 11.