The Toronto record shop is now selling over 25,000 records online and has launched a virtual in-store live music series 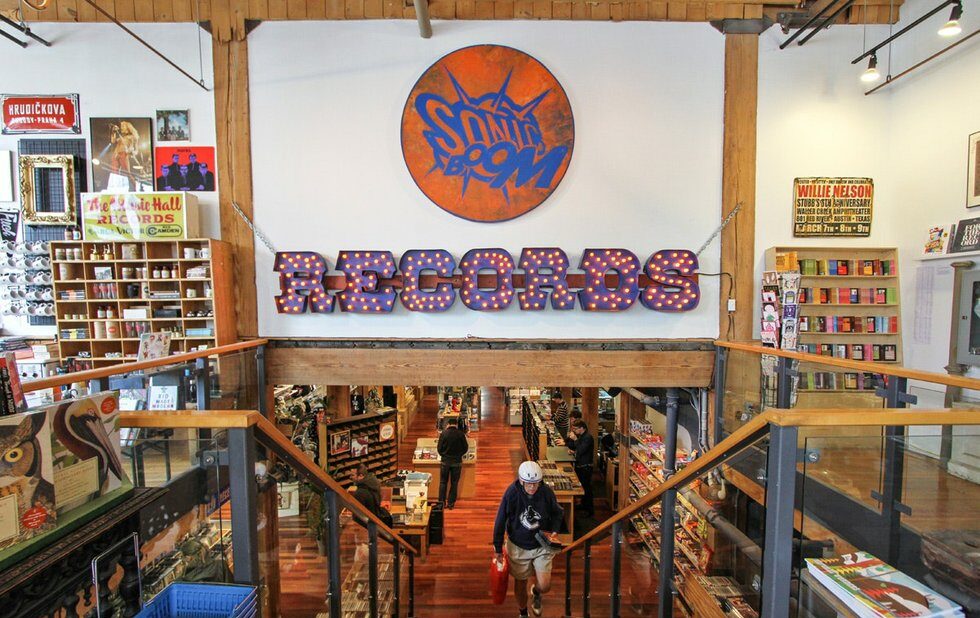 If you’ve ever been to the Toronto record store – at its original location on Bloor, then inside Honest Ed’s and now on Spadina – you can probably picture people flipping through wide stacks of used CDs and vinyl. The shop is a sprawling testament to physical media.

“I always wanted to put our efforts into the brick-and-mortar store because that is what record shopping is all about as far as I’m concerned,” says Barber over the phone. “We didn’t want to deplete the good stuff from our stock of used records – that’s for our shoppers to come in and find.”

About six months ago, Barber finally decided to start selling online to expand business to record enthusiasts outside Toronto. Sonic Boom launched an e-commerce site just two weeks before the province ordered stores to shut down to stop the spread of COVID-19.

“When the shutdown happened, we were like ‘Oh my god, how are we going to survive? Our rent is extraordinary,'” Barber recalls, noting he’s not sure if they qualify for rent relief or if the landlord will apply. “I said, look, we’ve got to take as much of this stock that we’re sitting on and get it online as quickly as possible. We had just a couple of people working in order to exercise all the social distancing guidelines. It was harrowing, but within weeks they turned Canada’s largest record store into Canada’s largest online record store.”

The store is selling mostly new vinyl – more than 25,000 titles with new ones coming in – and is shipping mostly through Canada Post and the United States Postal Service. They also offer contactless pickup at the store.

But Barber says the store was missing the community aspect of record store culture, so he brought back in-store performances as livestreams. The first two shows featured singer/songwriter Charlotte Cornfield and solo saxophonist Joseph Shabason. With so many local stages replaced by living room livestreams and so much of the Toronto we used to inhabit closed down, it’s almost jarring to see Sonic Boom’s familiar sign behind the artists.

The store is big enough to maintain safe social distancing. Barber is the only person in the shop other than the artist performing – either solo acts or multiple collaborators who live together. He’ll only do the performances in-store if the artists can safely get there without relying on public transit. Otherwise, shows will happen from the musicians’ homes.

“Artists are getting hit so hard,” says Barber. “Many don’t qualify for CERB, many have worked for years for a release that’s coming out during the pandemic – or came out shortly before – and were relying on touring to promote the album and make money. That’s even more important given today’s environment, with Spotify and Apple paying such absurdly low royalties to artists.”

Sonic Boom’s in-stores have always been free, but Barber is taking donations of non-perishable food items for local food banks. He’s requesting viewers donate to dailybread.ca – during the pandemic, food banks are more important than ever.

Witch Prophet will play the next livestream on May 7, then Luke Lalonde of Born Ruffians on May 14. Both shows are at 7 pm on Sonic Boom’s Facebook. There are a few more performances planned that will be announced soon.

Store manager Christopher Dufton says he’s surprised at how steady sales have been during the crisis. People at home have been rediscovering their vinyl records and the active listening ritual that’s missing from streaming. They’ve also been organizing their record collections – the store has been selling a lot of sleeves and record cleaning products.

“People need music in their lives and they still need a way to get it, especially as this drags on and on,” Dufton says. “People can’t have the same connection with friends and family, but they can have it with music.”