NOW MagazineNewsCanada Election 2019: in week one, a win for the forces of fascism (yup)

Canada Election 2019: in week one, a win for the forces of fascism (yup)

Just how far right will Andrew Scheer go? Maybe there are more people than we think in Canada who are willing to tolerate homophobic and racist views. 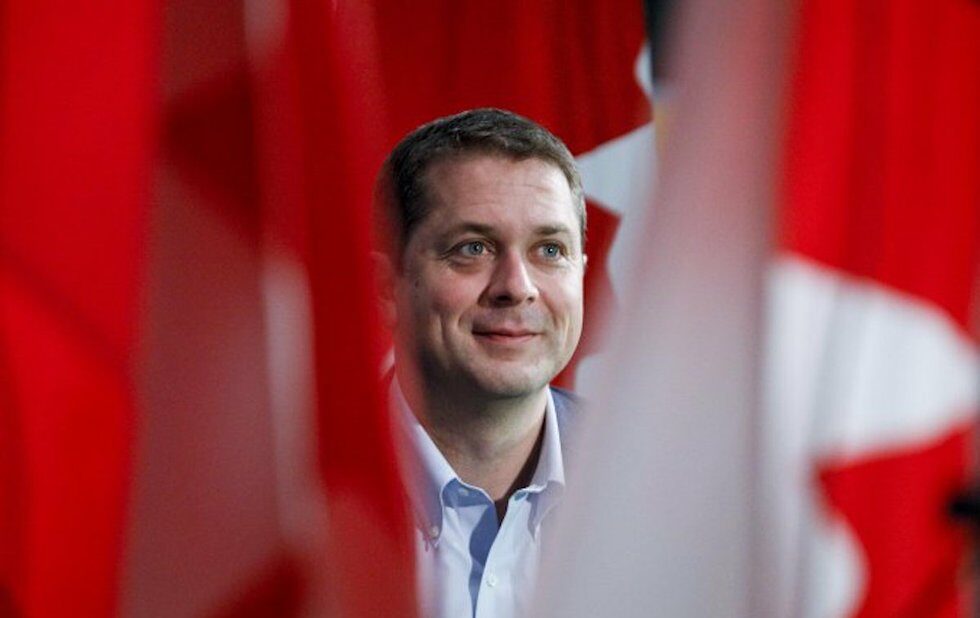 This can’t be what Conservative Party strategists had in mind when they mapped out the crucial first week of the federal election campaign. But for the Cons it’s been a sloppy start to say the least.

National polls show the Cons and the Libs in a dead heat. So no one on the good ship Scheer is pushing the panic button just yet. The fallout from SNC-Lavalin continues to claim its pound of flesh from the Libs, according to one internal poll conducted by an established Toronto-based polling firm but yet to be released publicly.

It shows a troubling downward trajectory for the Grits in Ontario. And it has to do with allegations published in the Globe the day the election was called that the Grits blocked the RCMP from questioning Liberal staffers on SNC.

The RCMP has since clarified that there is no investigation of the PM. That they are only “examining” the matter carefully. They’ve been saying essentially the same thing for some time. But last month’s finding of the ethics commissioner that the PM violated the Conflict of Interest Act in l’affaire SNC, has given the controversy new life.

And yet for Scheer the first week of the campaign has added up to the Con leader  punching himself in the face.

He has been caught flat-footed more than once so far in this campaign, his scenic photo opportunities tarnished by questions about the alleged racists, homophobes and various and sundry malcontents among his roster of candidates. What the embarrassing turn may mean for the supposed whiz kids Scheer has surrounded himself with to run his campaign – in particular, his campaign chair Hamish Marshall – remains to be seen. But another week like this and there may need to be changes.

On Sunday, the Libs had dug up another alleged racist in Scheer’s midst – this time, Vancouver Island Conservative candidate John Hirst. Seems several years ago, Hirst had posted a gif with actor Denzel Washington’s face on Facebook with the racial slur “Mah Nigga.”

On the same day, PressProgress revealed another embarrassing revelation on yet another Conservative candidate. This time it was Shinder Purewal and comments he’s made in the past about banning Vancouver Pride.

Last week, it was Conservative candidate Justina McCaffrey in the negative spotlight over a 2013 video featuring Faith Goldy, the former Rebel Media personality (and crypto-fascist) who is banned from Facebook for her far-right views. Apparently, McCaffrey and Goldy are buds.

You can’t make this stuff up.

On a flight to a campaign stopover on the weekend, Scheer ventured to the back of the plane to engage in a little damage control with reporters over the Goldy revelations. He offered that as long as candidates apologize for offensive things they may have said in the past, it’s all good with him.

Only, Scheer has refused to apologize for his own comments comparing same-sex marriage to a dog’s tail. Those comments, which were made during the same-sex marriage debate in the House in 2005, surfaced recently by way of video. Pundits rightfully pointed out that it’s no way to act for someone who wants to be PM. Neither is making false claims based on deleted tweets.

But that’s what happened when Scheer, smarting a little perhaps from all those uncomfortable racism questions, went into attack mode, suggesting at a campaign stop yesterday that Trudeau took Goldy out for drinks.

The Conservative leader was relying on a tweet (since deleted) from Goldy that looks like it resurfaced for public edification thanks to the handy work of Warren Kinsella.

He’s the ex-Liberal strategist whose PR firm was also linked to Jody Wilson-Raybould during the SNC-Lavalin affair. Is he working for the Cons now after that brief dalliance with the Greens went boom?

So it seems the Con strategy is to try and make Trudeau look like a philanderer. So, yes, folks. That’s where we are.

Conservative party operatives are claiming the Liberals are going negative to deflect attention from SNC. Maybe.

They point out that a similar strategy was used by Rachel Notley’s NDP against Jason Kenney in Alberta, who had to deal with his share of questionable candidates. Kenney still won with 55 per cent.

But as one Liberal strategist points out, Canada is not Alberta. The rest of the country may have a different reaction to reminders of just how comfortable the Conservative party has become with far-right elements. When Conservative Senators are joining Nazi Facebook groups, you gotta wonder just how quickly we’re slipping into that thing called fascism.

On Monday, the Globe and Mail offered space in its pages to Goldy’s former boss at Rebel Media, Ezra Levant. Levant was invited to wax on about “press freedom,” which is quite the subject matter for someone who has made a career spreading anti-Muslim sentiment, not to mention popular conspiracy theories.

Meanwhile, People’s Party of Canada leader Maxime Bernier, who has been courting the Rebel crowd with his anti-Muslim and anti-immigration platform, has been invited to take part in the French and English language debates. You read that right.

The Leaders’ Debate Commission, which had earlier rejected Bernier’s request to participate, reversed that decision on Monday, saying that Bernier would be allowed to participate because the party has a “legitimate chance” of winning one seat.

Green party leader Elizabeth May was not allowed to participate in the 2015 debates because it was determined by the commission that the Greens didn’t meet similar criteria. But Scheer’s campaign smell a conspiracy.

In a statement, Scheer’s press secretary Daniel Schow blamed Trudeau and his “handpicked debate panel” for the Bernier decision. Schow’s statement didn’t say anything about giving a platform to Bernier’s vile views. There are good reasons for that.

For the Cons, Bernier poses a huge dilemma. Not the least of which because he finished literally half a percentage point behind Scheer on the last ballot of the Conservative leadership in 2017. If anyone is a threat to eat away at Scheer’s base, it’s Bernier.

Just how much further right will Bernier’s sudden elevation in this race push Scheer? Given the events of the last week, there’s no telling.

The thing is that Scheer’s poll numbers nationally seem to be inching up at the same time as Bernier’s. Maybe there are more people than we think in Canada who are willing to tolerate homophobic and racist views.