Rather than talking about how racist this country is after Singh's encounters on the campaign trail, public focus has shifted instead to how politely the NDP leader has responded 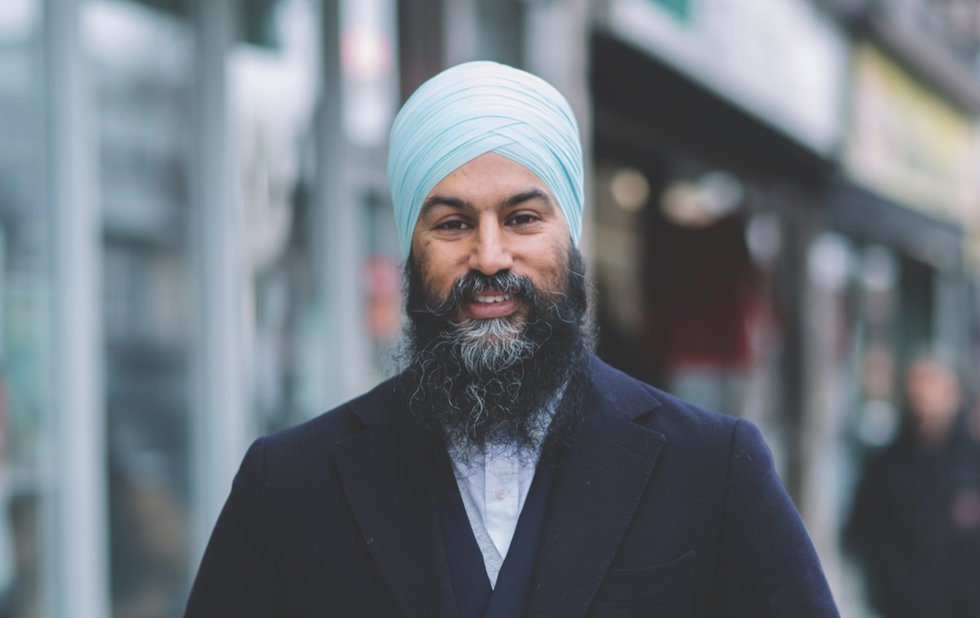 When Jagmeet Singh won the NDP leadership two years ago, I was disappointed.

And until two weeks ago, that feeling had only increased. But I’ve begun to see something different, and only because of the racism he’s faced while campaigning.

In Montreal on October 9, Singh was approached by an older, white person, offering the unsolicited advice that Singh should “cut off” his turban to look more Canadian before saying, “I hope you win.”

Like previous racist encounters Singh has faced, he responded gracefully, letting the comment slide off his back, while politely telling the racist that he’s wrong.

Singh has talked repeatedly about how he grew up being bullied and the target of racism, and that he is well-practised in handling these situations rather than being debilitated by them.

Singh’s response to this news was similar, reminding Canadians of colour that they are not alone and to take care of each other.

While I personally found the whole situation a bit ridiculous (is that all the Conservatives could come up with?), Trudeau’s behaviour was harmful and the videos can be triggering.

Since then, Trudeau’s approval ratings have dropped, while Singh’s have shot up.

After the recent English-language leaders’ debate, John Geddes of Maclean’s offered that the entire Brownface/Blackface affair “does give Singh an opportunity to look good because it looks like he’s above the fray.”

Andrew Scheer started that debate congratulating Singh “on the way that you have handled so many issues around race and identity.” One columnist in the right-wing Toronto Sun said Singh “had the grace to face racism with a smile and brush it off his shoulders like dandruff.”

So rather than talking about how racist this country is, focus shifted to how politely the target of said racism has responded. And for a few days, it felt like policies didn’t matter.

From the way that the media have been gushing about Singh, it seems he could be the leader Canada needs – visionary, compassionate, love and courage and all that. But he’s not running for Miss Congeniality Canada, he’s running to lead the country.

Which raises the question: what has Singh achieved in the two years since he has been leader?

For a while after winning the leadership, his absence from the media spotlight was palpable. He chose to wait rather than run in the first available by-election. This was strategic and deliberate, allowing the newly elected leader to tour the country.

In February 2018, he got married a month after getting engaged in a series of elaborate, styled events both here and in Mexico, bringing focus to his more personal side. He and his wife relocated to BC where he ran for and won the seat for Burnaby South in a by-election. In the House, he’s spoken up about the SNC-Lavalin affair and stood firmly in favour of Indigenous reconciliation, climate action and corporate taxes while critiquing “Trudeau’s pipeline.”

Since he’s become the only candidate to face racism on the campaign trail, and the only candidate forced to talk about race, Rihanna now follows Singh on Twitter and Alexandria Ocasio-Cortez liked one of his tweets. His star is rising in a way many thought unimaginable when this election started.

Is he the prime minister this country needs to reconcile its colonial past, to improve housing, health care, education and childcare, and to take action on climate change?

Subtle racism is to Canadians of colour what being labelled a racist is to white Canadians. Will all of this cause liberal, white do-gooders to vote for the Brown guy?

If he’s able to get the NDP partisans moving to Bunji Garlin’s 2014 soca hit Differentology (Ready Fi Di Road), maybe he can get Canada moving, too.