As fatigue grows amid a second wave, it's not just anti-maskers who are beginning to question the back and forth on COVID restrictions 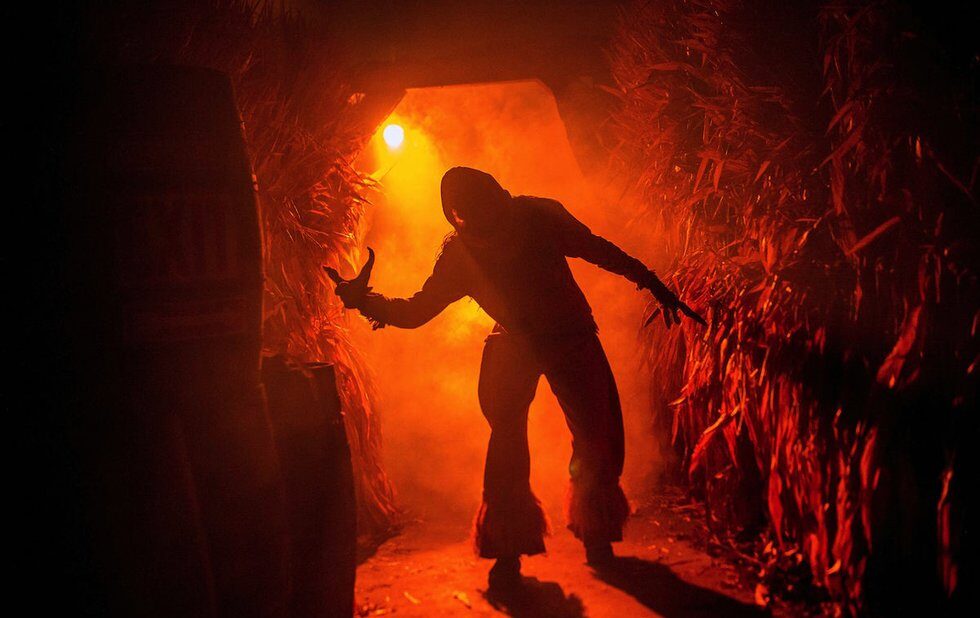 Not sure what Doug Ford has planned for Halloween this year, but to many Ontarians, he’s looking like the Grim Reaper.

The Ford government’s decision last week to cancel trick or treating in the COVID hotspots of Toronto, York, Peel and Ottawa has parents pissed.

Call it overkill or call it Ford’s Halloween massacre, a full-fledged rebellion is brewing – at least, on social media. It looks like many parents are preparing to ignore Ford’s advice to refrain from door-to-door festivities.

The sight of hundreds of kids and their parents defying the government come October 31 does not bode well for Ford – not to mention, future measures that may be needed to contain the spread of the virus. Anti-maskers are already showing up in front of his house on weekends to protest COVID restrictions. This Halloween thing may prove the thin edge of the wedge for Ford.

As fatigue grows amid a second wave of the disease, more folks are beginning to question the back and forth on COVID restrictions.

After a summer of loosening the reins, Ontarians are seemingly less inclined to make the personal sacrifices we saw earlier.

To be clear, the Ford government is only “highly recommending” that kids not take part in traditional Halloween activities. The decision is supported by the medical officers of health in the areas affected, which is a switch. They haven’t always been on the same page as the province on COVID restrictions.

In particular, Toronto’s medical officer of health Eileen de Villa has more often than not been at odds with the province in calling for more stringent COVID restrictions.

Some medical experts have offered there is a safe way to celebrate Halloween. As long as kids wear masks, keep their distance and trick or treat with family members only they should be alright. They’ve also suggested using tongs to hand out candy.

Other critics have described it as ludicrous for the province to cancel trick or treating while allowing restaurants to stay open, gyms to reopen and kids to go to school. Some 500 schools in Ontario are reporting cases of COVID-19. Also, we were just told it was okay to gather with groups of 10 for Thanksgiving.

The modelling of a few weeks ago, which predicted that Ontario was headed for the nightmare scenario of more than 1,000 new cases per day, hasn’t quite materialized. The numbers seem to be plateauing at around 700 to 800 new cases a day. Ontario also continues to have the lowest infection rate in the country per 100,000 people next to British Columbia.

The impression being left by the Halloween directive is that government policy is being dictated by fear – or worse, contrived to make Ford look good. Christmas holidays are just around the corner. And Ford doesn’t want to put the kibosh on that one. He’s picked his poison.

The opposition parties are not buying it. They think Ford is playing a numbers game. With a new surge in cases, there are legitimate questions whether the province was too quick to reopen – and too slow to shut down again.

Certainly, the Ford government is not blameless in all this. His handling of the crisis has been far from seamless. The devastation in long-term care comes to mind – Ford is still trying to run from that mess. The fudging of testing and contact tracing of new COVID cases is another chapter we’d sooner forget.

Last week, the government was up to some old tricks. First, it tabled a bill to protect for-profit homes from liability in COVID cases. Then, on Tuesday, Ford reverted to his pre-pandemic habit of sticking it to municipalities. This time with legislation to strip cities of the right to hold ranked-ballot elections.

But the truth is that the pandemic has always been – and is always going to be – a numbers game.

The reins were loosened during the summer to give Canadians a chance to breathe. Some of the government messaging may have been contradictory. And conversely, some of us may have gotten too comfortable. Now it’s time to clamp down again. Sadly, there will be a few more of these before it’s over. They’re already going through it in Germany, Italy and the Netherlands.

At his press conference on Monday, Ford offered that, “If we did go out and numbers went up, then guess what? You’d be blaming this guy. Sometimes you just can’t win.” Maybe. Maybe not.

But one thing we can all agree on is that COVID sucks.