NOW MagazineNewsWho was freed by Emancipation?

Who was freed by Emancipation?

I need to ask the critics in Toronto's Black communities: if Emancipation hadn’t happened, would Black people in the so-called New World be better off? 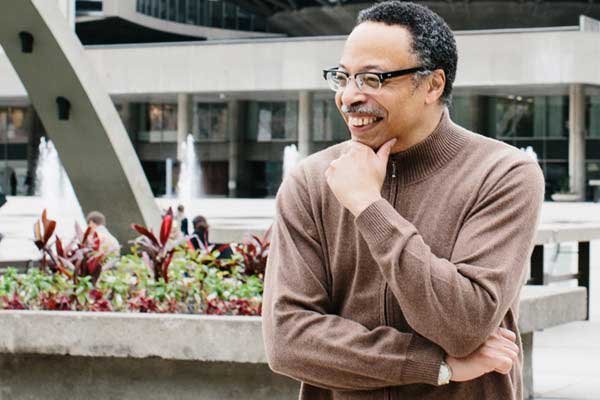 My interrogative title is, I assure you, no cheap rhetorical gambit when some folks in the Black communities of Toronto doubt whether Emancipation is worth celebrating, validating, remarking upon, eh?

This ’tude, which would have been unimaginable to my ancestors, could only be possible where there is freedom enough to doubt whether the achievement of this freedom is worth our time and trouble. To me this ‘tude echoes those who wonder why we focus on Black History in February (by the way, it should be in August) or why someone like the late, great Toni Morrison would demand to be recognized not only as a writer, but as a Black woman writer.

To me, this rude, crude ’tude must be so carefree about our freedom, so blasé about it to suggest that the struggle of our Black ancestors to achieve liberation from shackle and manacle and fetter, to escape the stinking, polluted, disease-plagued holds of slave ships is irrelevant. And that all that blood, sweat and tears doesn’t matter now.

That all those corpses lost in the Atlantic Ocean between Africa and the Caribbean and the Sargasso Sea, and off the coasts of Brazil, Argentina, Florida, the Carolinas, Bermuda, Nova Scotia, Cape Breton Island, Newfoundland and that long ago turned to coral and sea-floor-dust, none of ‘em need be reclaimed.

That the ancestral dreams and prophecies of North Star and Canaan are mere poetry. And the freedom quilts of the Underground Railroad that women wove to give the northward trekkers a guidepost to follow on their way to liberty, all of this is nonsense now.

Truly, those Black voices who make such arguments, who favour historical presentism, pretend that only their Black lives matter and that the lives of the Black dead, the ancestral dead, no longer have anything to tell us.

I need to salute those folks for demonstrating that they have so much freedom that they can scoff at those who wish to remember those untold thousands and millions of Black people – African and West Indian, North American and South American, American and Canadian – who struggled for more than 300 years to bring about the proclamation by Great Britain, the world’s superpower then, that as of August 1, 1834 the millions of Black people held in very real bondage in all British territories, would begin to be free.

In British North America, that proclamation had immediate effect, but it was postponed in the Caribbean, supposedly to develop apprenticeship programs to allow Caribbean Blacks to transition more easily to freedom. Of course, it was really a bogus scheme to allow the slave masters and sugar plantation owners to squeeze more profits out of those they still held in bondage. So Caribbean Blacks had to suffer through slavery for another four years, until 1838.

Still others can opine today, “Look at the Black kids dropping out of school, ending up in prisons, ending up in morgues, being deported back to homelands they have never known, ending up diseased by drugs, homeless or living in gangs and off crime, becoming wards of Children’s Aid or the prison-industrial complex, being shot down by police on streetcars or by thugs in stairwells or in doorways. How can you celebrate Emancipation when Black people, right here in Toronto are still not represented in government adequately, are still misinformed and mis-educated in the school system, are still treated as suspects until proven otherwise, are still not hired or promoted to positions of merit despite their education and talents?”

Yes, I admit, given such a catalogue of woes and harms and hurts and wrongs and ills and nastiness, it is feasible to cast doubt on Emancipation, to suggest that it was all for naught.  But such an argument is academic hoodoo, schoolboy-in-short-pants foolhardiness. Oh, yes, it is.

I ask you, to step into a mental time machine and transport yourself back to any British colony, including Upper Canada and its capital, the former City of York, which had been renamed Toronto. Before Emancipation a Black person, a person of African/Negro heritage, could be owned as property. Your spouse and children could be abused or raped, bought and sold. The possibility of owning anything other than your labour – and talents at quilting and cookery or blacksmithing or stabling or herding or farming – were pretty much nil.

Whatever income or profits you could earn would go into the master’s pockets. Your ability to get an education or be schooled was not guaranteed and was, in fact, circumscribed. You learned much about the Bible to indoctrinate you into obedience, but no one wanted to teach you astronomy or navigation in case you wanted to run off or sail away.

In some cases, you were treated well and clothed in silk and wool and leather, and your master promised to keep your family together. In other cases, you were clad in rags, whipped, branded, cussed out, beaten, kicked, spat upon, left to starve and even murdered. Such was your situation.

Then, on August 1, 1834, a proclamation is called out by the Town Crier and printed in the local newspapers or gazettes in the name of King William IV that you and yours are now free.  What would be your ’tude?

Would you embrace this possibility of living a freer life, of being able to be married, to be really free to raise and educate your children, to establish families and even grow a culture?

If you heard such a prophecy would you run back to your master and plead, “Oh, please don’t let me go free, oh good massa”?

If so, you should join with the schooled fools who think legal freedom and citizenship with problems and perils is as bad as slavery – except that servitude at least provided some food and some shelter. You should join those who think that the sacrifices and struggles of Harriet Tubman, of Nanny-of-the-Maroons, of Black Loyalists in the American Revolutionary struggle and the Maroons in Jamaica, Nova Scotia, and Sierra Leone, of Black regiments in the War of 1812 and of Black abolitionists who demanded an end to the Transatlantic Slave Trade in 1807, that all these freedom fighters fought and died for nothing.

Emancipation was never only about a Royal Proclamation in 1834 or a presidential proclamation in 1863 it’s not about King William over there and Abraham Lincoln over here.  It’s not even a done deal. Indeed, it can’t be a done-deal, at least not until reparations are paid to the descendants of the people whose forced labour created the wealth of Western Europe and the Americas.

Britain paid out more than £20-million pounds – worth £16.5-billion pounds today – to slaveholders in the Anglophone Caribbean to make it easier for them to release their slaves, but these ex-slaves got not a penny.  The governments of Barbados and other West Indian countries are correct – morally, ethically, and legally – to demand that Britain and France and Spain and The Netherlands and Portugal pay back billions of dollars now to these former slave-economy islands. Only when reparations are paid can we begin to consider Emancipation truly achieved.

But I need to go further and answer the critics of Emancipation by asking them if Emancipation hadn’t happened, would Black people in the so-called New World be better off?

When African-Americans finally won their freedom they were promised 40 acres and a mule.  When Black Loyalists arrived in Nova Scotia, they were promised 10 acres, a cow and two sheep. Yes, these promised lands were all territories thieved from Indigenous peoples. Still, most folks never got such property. But they made do with whatever they were allotted.

In the Caribbean as well as in British North America they put up a house, a hut, a shack and tried to grow some food or raise some livestock on that little itty bitty patch of scraggly land thrown down behind the back of God.  Soon, too, came a schoolhouse and a church (sometimes several chapels so folks could argue over which ‘ligion had the best music, the best songs, felt the spirit move ‘em better.)

In fact, Marley’s Redemption Song, and those profoundly pregnant lyrics, “Emancipate yourselves from mental slavery, None but ourselves can free our minds,” are, of course, his rewriting of Marcus Moziah Garvey’s lines from a speech given in Cape Breton, Nova Scotia, in 1937.

Marley and Garvey pointed to the unfinished business of Emancipation – not just to be able to own property or worship as one likes, but to develop an understanding of selfhood that overthrows all strictures and restrictions, all hindrances and obstacles, so that the legally free person can also be mindful and conscious, vested with the dignity born of true self-knowledge, of roots and heritage, not to be a prisoner of the past.

It’s this struggle for true, transcendent liberation that remains the absolute task of the continued requirement for Emancipation. That is the legacy of the historical moment of political Emancipation.

There’s a through line in this glorious history that runs from Toussaint L’Ouverture (who emancipated Haitians by overthrowing French colonial rule in Saint-Domingue) to Frederick Douglass to Sojourner Truth to Malcolm X to Winnie Mandela and Nelson Mandela.

Emancipation was not an end it was the first step toward the larger, unfinished project of building a just society and a caring community, of achieving liberation, of “malice toward none and charity for all,” as Lincoln said.

When the miseducated and misinformed, when the amorally ahistorical and the mischievously propagandistic tell you, “Don’t celebrate Emancipation!  No real change was achieved,” tell them that you are commissioned by your ancestors to keep on keepin’ on, demanding from all the powers that be an utterly satisfying and completely fulfilling liberation, here and now, as God demands, by any and all means necessary.

This article is excerpted from a speech delivered by George Elliott Clarke on behalf of the Confronting Anti-Black Racism Unit of the City of Toronto as part of Emancipation Month ceremonies at Toronto City Hall on August 8.