We've added to our list of fave secret Toronto places. Among them: a beacon of this city's industrial past and the wild little cave of Jesus of Manning Street 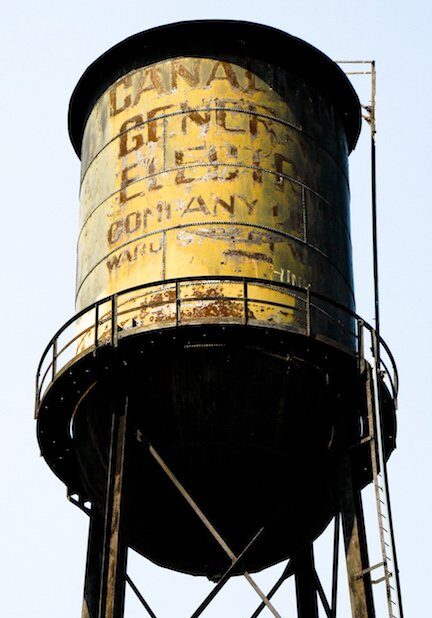 Unlike in New York City, where many of them are still in use, few wooden water towers remain in Toronto. This one at Wallace and Ward looks like a rocket out of Flintstones episode. The ghost sign on it tells us it used to store water for the Canadian General Electric Ward Street plant built in 1922.

Where CGE is long gone, artists, filmmakers and other creatives (including LANDinc, the landscape architects who designed the waterfront’s newly-opened Trillium Park) used to occupy the building. But now they too are mostly gone, some of them to make room for a new breed of innovators, including Ubisoft, creators of video games.

In a city where commercial rents are controlled only by the market, the availability of living and workspace for more traditional and less wealthy artists is diminishing fast.

But for now, CGE’s wooden water tower remains a beacon of industry and creativity, past, present – and maybe – future. 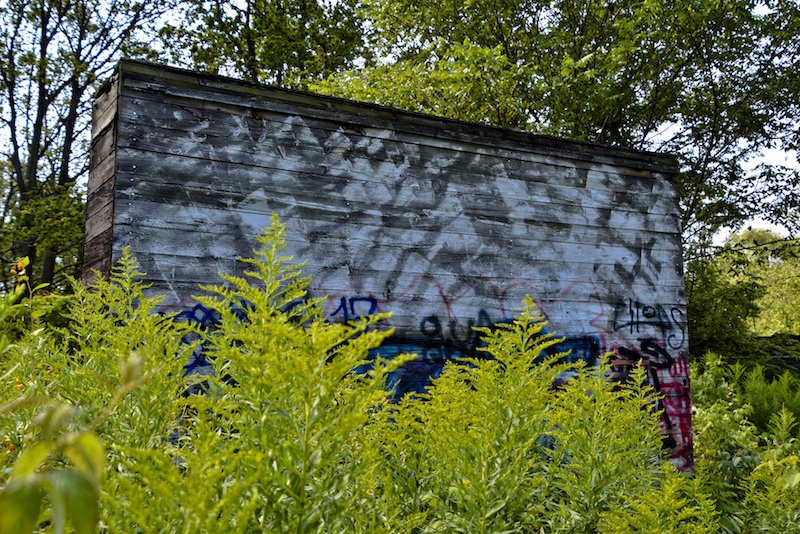 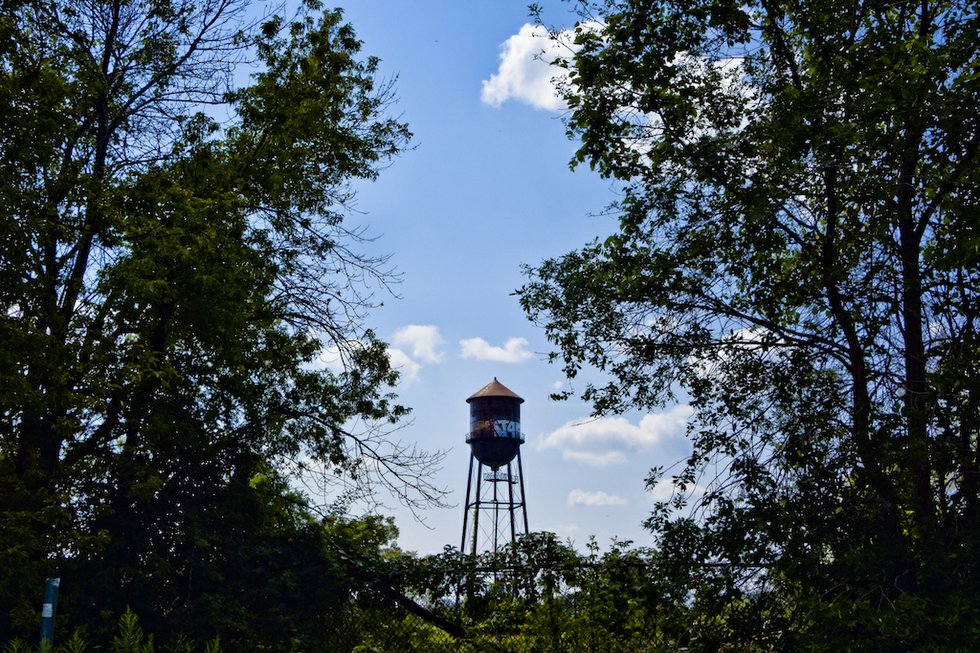 The Ontario Rifle Association founded the Long Branch Rifle Ranges in 1891. In 1940 Small Arms Limited took over the site and built the Long Branch Arsenal. Through the Second World War, a total of 14,000 employees, two-thirds of them women, produced more than 1.2 million rifles and revolvers, 395,000 machine guns and 6.25 million pieces of small arms equipment.

When the complex closed in 1974 all buildings and structures on the 16-hectare Arsenal Lands site were torn down, save for the wooden tower, some of the sand-filled walls where weapons were tested and the Small Arms Inspection Building that was built in 1930 (and designed by Allward and Gouinlock Architects).

In 2008, when it was threatened with demolition, the Lakeview Legacy Community Foundation succeeded in having the Inspection Building designated under the Ontario Heritage Act. In 2014 the foundation became the Small Arms Society, which is dedicated to transforming the Inspection Building into a multicultural hub that will “support collaboration and cooperation through education, participation, research and design across the arts, heritage, culture, environmental sciences and technology.” 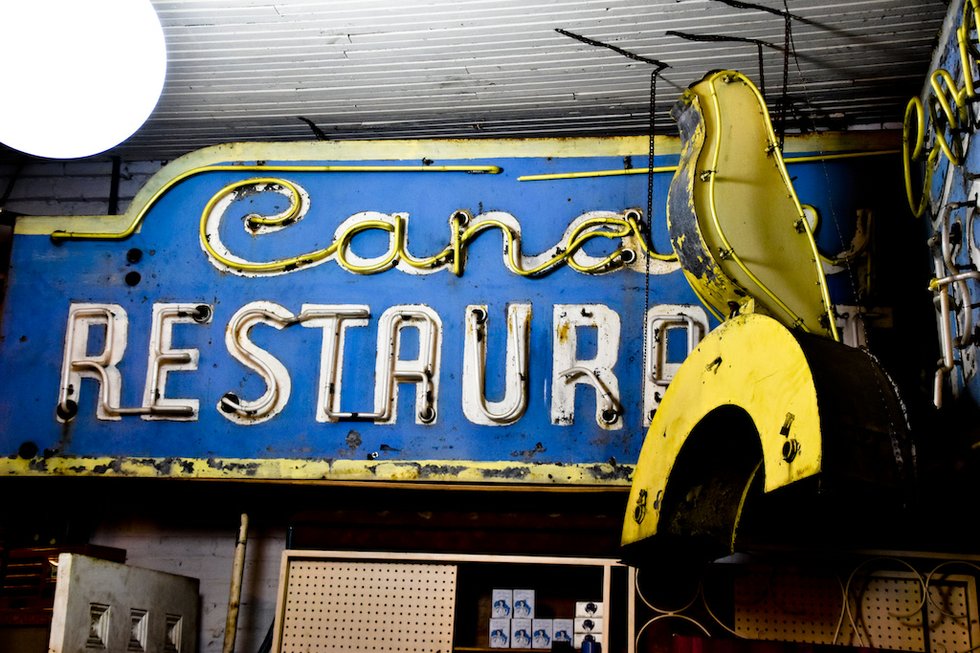 Iconic Canary Restaurant sign in Addison warehouse where it awaits a new home.

In 1965, what had been the Palace Street School (built in 1859) the Irvine House Hotel, the Cherry Street Hotel and the Eastern Star Hotel (1890-1910) – as well as home to a slew of industries at Front and Cherry – became the Canary Restaurant, a diner for the docklands with living and work spaces for artists and a neon-lit yellow Canary Restaurant sign above its entrance.

In 2007, a new era of industrial decline forced the sale of the building, the restaurant closed and its artist tenants were evicted – as artist tenants often are in Toronto. But the beloved Canary sign was rescued by Jim Addison who took it to his colossal warehouse full of antique everything (including plumbing, kitchen stuff, lighting and bathroom fixtures) on Wabash Avenue.

When Addison died unexpectedly this year, the city and his family lost a wonderful man who saved immense quantities of household and industrial antiquity that found its way into restored homes and movie sets.

His business continues, in the hands of his daughters, Beckie, Cora, Pamela and Teresa. And the Canary sign – the equal of the Silver Dollar, the spinning records of Sam The Record Man and the El Mocambo palm tree – still hangs in a corner of the warehouse, way west of its original home (that is to reopen as the Anishnawbe Health Aboriginal Community Hub) and the newly-minted Canary District that has adopted the yellow canary, but not the sign yet, as its brand.

If all goes well, that separation will soon end and the Canary sign will return to the Canary District where, who knows, it might one day hang above the entrance of a new Canary Restaurant. 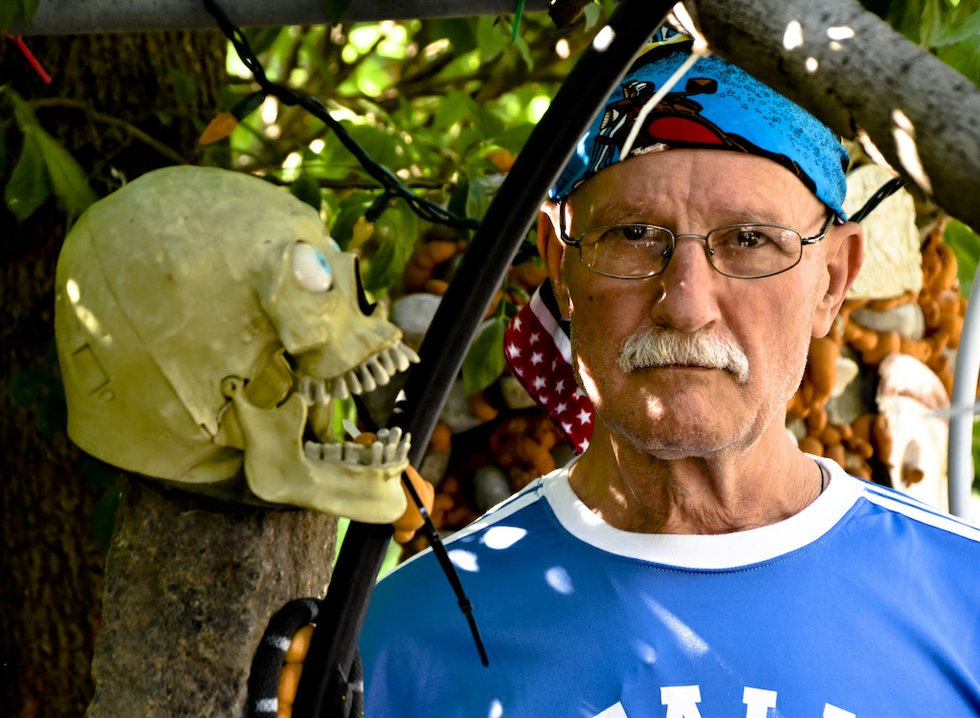 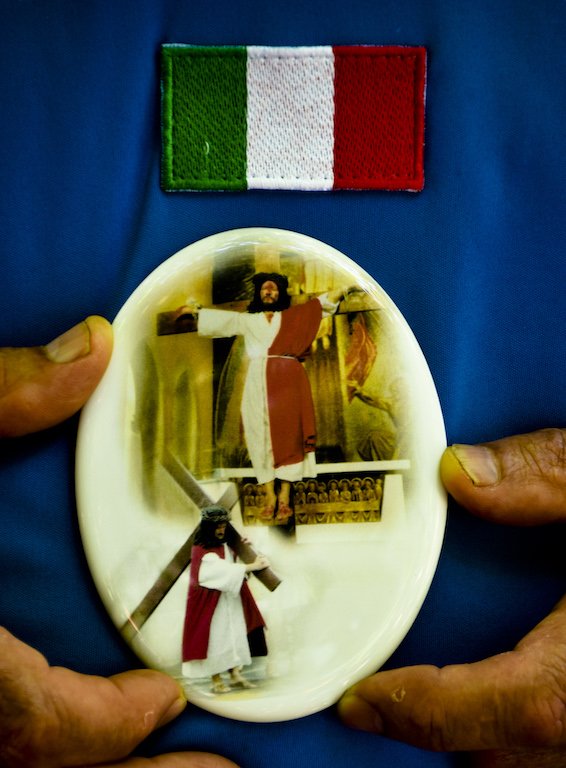 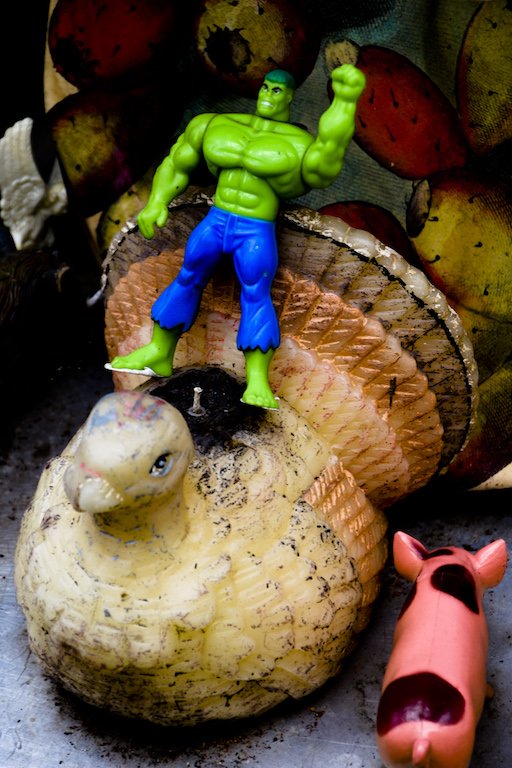 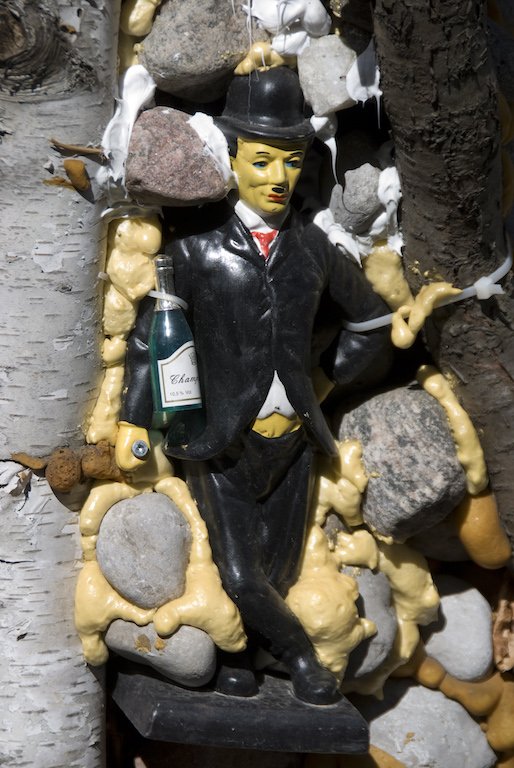 For 49 years, every Good Friday since 1968, Giuseppe Rauti has been a famous man in Toronto. That’s when he takes on the role of Jesus in the Good Friday Procession to the Church of St. Francis of Assisi – the longest procession of its kind in North America.

Dragging a heavy cross for two hours around the streets of Little Italy and Little Portugal, wearing sandals, a crown of thorns and the white cassock he has worn for every parade, it was a gruelling job for a 29- year-old – and it still is for the 78-year-old, who prepares himself with a three-day fast and minimal consumption of fluids to avoid need of washroom breaks.

It’s a moving experience for the thousands who watch the parade, who cry when Rauti passes them by and scream when he falls down. It’s moving for Rauti, too, when he returns to the Church of St. Francis where he’s tied to his cross in front of the altar, high above the crowd before him, until the statue of the dead Christ is brought into the church. Then he’s untied and slips out through a side door.

Rauti carrying the cross, Rauti tied to the cross. Those are the images on the plaque that will be fixed on his tombstone. But not yet. He might be pushing 80 but you’d never know it. He’s determined to continue taking on the role until he can no longer. Who will replace him? He has no idea. “People today, they don’t have the heart,” he says.

At his home on Manning, Rauti has a retirement project, the grotto of earthly delights he has created in his front yard. It’s a wild little cave, this home of dolls, action figures and all kinds of strange things a product of a fierce but friendly imagination.

hidden toronto This week in NOW