Despite being unfinished, The Beautiful Ones manages to be an eclectic, well-crafted volume of autobiographical fragments 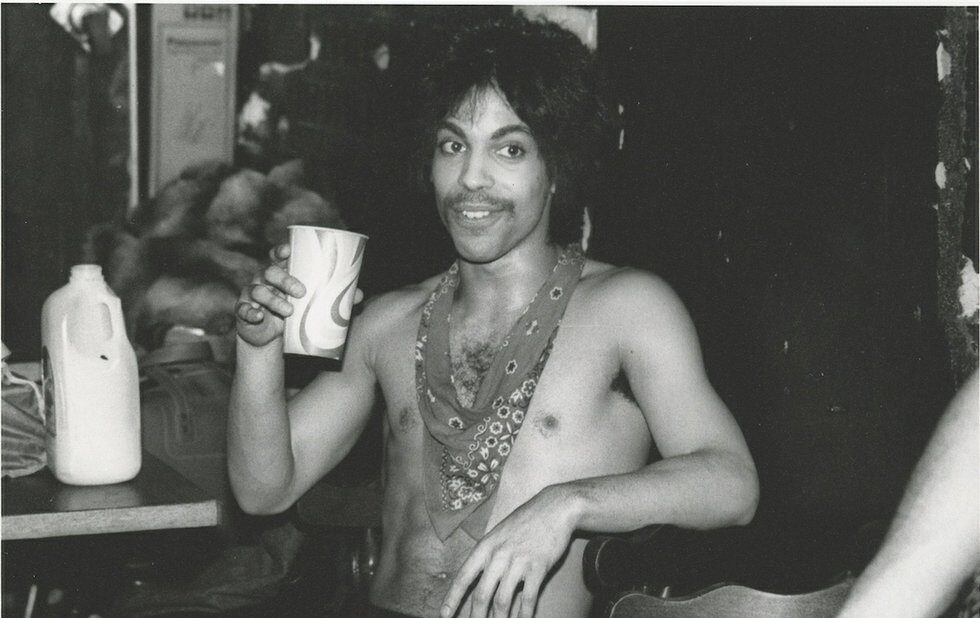 So sayeth Prince, the funk-pop-rock master, who died tragically of an apparent drug overdose in April 2016.

We’re privy to such funkified truisms only because Prince managed to write them down using his patented hieroglyphic style in what was supposed to be his much-hyped, full-length memoir charting his path from childhood to Superbowl-sanctioned stardom. Sadly, the book was never completed as envisioned, and so what we are left with in The Beautiful Ones (Spiegel & Grau, $40, 288 pages) doesn’t live up to the potential power of what could have been.

Nonetheless, the photo-packed book offers new and rare insight into the awe-inspiring and mysterious story of Prince’s life and success. The book does a fair job of covering key periods in Prince’s early career. It’s structured across four sections: an introductory essay detailing how the memoir came about, Prince’s draft autobiographical account, archival material comprised of photos, artifacts and annotations, and a synopsis of the Purple Rain movie found at his Paisley Park home after his death.

In the 20 pages written by His Royal Purpleness himself we get an unvarnished portrait of the artist as a young man willing himself toward a life of unparalleled creativity and success. Unfortunately, Prince only got as far as the early 70s, where his first experiences with music got off to a rocky start in low-key, forgettable venues across Minneapolis. He discusses how musicians like James Brown, Ray Charles and Aretha Franklin shaped his early idea of Black performance and left an indelible impression of what it means to be authentically sui generis. “There r many great singers,” he writes, “but [not] that many funky singers.”

There is also – as you might expect in a book about the famously flamboyant, gender-bending pop icon – lots of talk about sexual awakening, first kisses and love. Here, there is a delicate intimacy to the writing – pared-down, simple and honest – as though the goal is to expose the innermost motivation behind the mould-breaking art.

There are odd stories, too. Like the one in which he explains how, as an acne-prone teen, he was introduced to the topic of sex by his stepfather, who took him to an R-rated movie house. “Having the Song Of Solomon read & discussed with U by someone who loves U, preferably an [elder], would b my choice if [I] had 2 do it all over again,” writes Prince.

But the most touching parts of the book – presented in the artist’s often near-illegible scrawl – are the ones in which Prince opens up about his parents’ turbulent relationship and eventual divorce, which brought on a deep sense of loneliness that only his art and abiding sense of purpose could overcome. In discussing his family history, he wrestles with how so much of his identity and music comes out of this familial turbulence, an acknowledgment of how he was both blessed and cursed by the violence and fear that surrounded his formative years.

Surprisingly, there is almost no discussion about the musician’s enormous fame and success. Scarcely a name gets dropped, even though Prince was almost universally respected and admired by his peers. You get the sense he was genuinely uninterested in celebrity and wanted to hold on to whatever privacy he could manage. You come away with a convincing sense of Prince’s down-to-earthness, and how in choosing to remain in a Midwestern town like Minneapolis and decidedly going in the opposite direction of pop trends over five decades of music, Prince was on a mission to stay true to something connected to what he terms “Hidden Places, Secret Abilities. A part of oneself that is never shown.”

Stocked with photographs and images of personal artifacts retrieved posthumously from Paisley Park, the remainder of the book amounts to a kaleidoscopic scrapbook journey through Prince’s creative world. Dan Piepenbring, the co-author personally selected by Prince to deliver the project despite having no previous book credits, does his best to respectfully annotate Prince’s trajectory up to the early 90s by presenting quotes from other publications alongside images, which is a helpful if not entirely fulfilling way of making sense of all of the rather disparate archival material.

Will the book satisfy Prince fans?

From the moment it was decided that The Beautiful Ones was going to be put together posthumously, most of us were certain it could never meet expectations. In that sense, it can’t help but disappoint on several levels.

On the other hand, we now have an eclectic, well-crafted volume of autobiographical Prince fragments that, when considered as a whole, offer an evocative glimpse into the life of one of the greatest artists of the last century. For that, we have to be thankful.