This Hour Has 22 Minutes veteran gets personal at a rare Toronto stand-up gig at Harbourfront Centre’s inaugural Brave: The Festival Of Risk And Failure 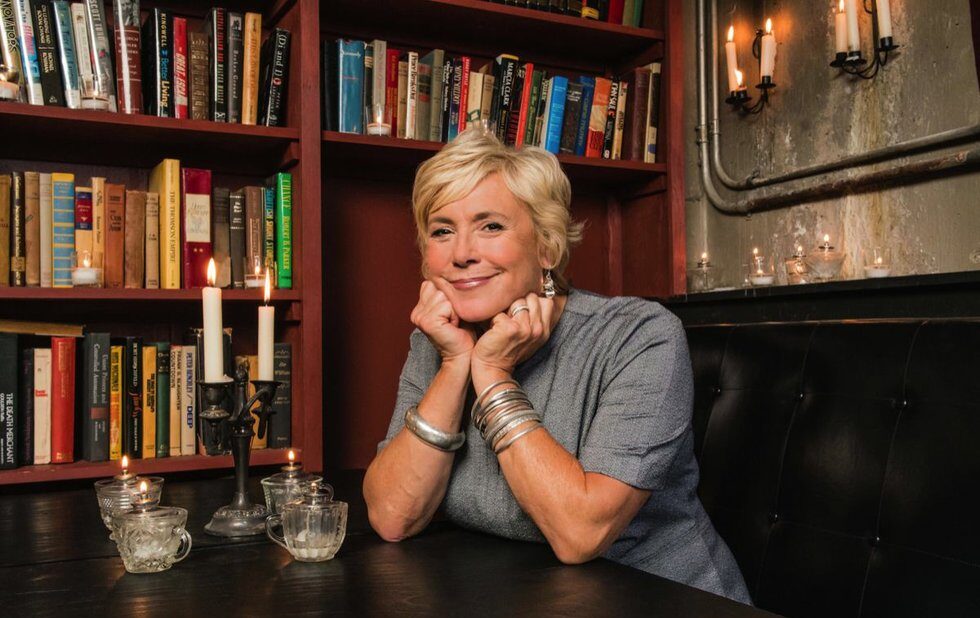 TELLIN’ IT LIKE IT IS featuring CATHY JONES AND GINA YASHERE as part of BRAVE: THE FESTIVAL OF RISK AND FAILURE on Friday (July 20) at 7:30 pm at Harbourfront Centre Concert Stage (235 Queens Quay West). harbourfrontcentre.com/brave.

Cathy Jones thinks about risk and failure a lot. And it’s finally coming in handy.

The Halifax-based comedian – a founding member of the legendary CODCO troupe, and a writer and performer on This Hour Has 22 Minutes since its launch in 1993 – is bringing her act to Harbourfront Centre for the inaugural Brave festival. And it’s weighing on her.

“I have been nervous about this,” she admits. “I cannot relax and enjoy my summer until this gig is over.”

It’s Jones’s first stand-up performance in Toronto in a while, and the context of this appearance sets a higher bar than perhaps is necessary.

Brave, subtitled The Festival Of Risk And Failure, is devoted to risk-taking artists and thinkers, including John Waters, Bif Naked and Bassem Youssef (“the Jon Stewart of Egypt,” as featured in the documentary Tickling Giants).

Jones – who’s sharing a bill with the British comic Gina Yashere – doesn’t necessarily plan to focus on her performance anxiety, though. It’s just a part of who she is and how she works. If it comes out, it comes out.

Jones’s stand-up is very different from her television work, which tends to be more political and pointed. Four decades in East Coast comedy, the last three of them on CBC Television, will do that for you. But on stage, her material is looser and more personal, the result of hard-won self-knowledge that makes her a good fit for Brave.

“I don’t talk about how I have ADD,” she says, “but I have struggled with the way my brain works for all these years. I live every day on an edge where I wonder if I’m going to find the time or make the time to do my work today. Like, I lost all my corporate gigs years ago because I couldn’t pull my thoughts together in a linear way.

“I couldn’t overcome my separation from the audience, thinking, ‘You’re not like me, how can I know you, how can I connect with you?’ Like, 400 IT guys at nine o’clock in the morning and I’m going to talk about my feminist comedy stuff? So I just don’t do those gigs, you know? I think that the risk is always for me, is being able to actually express my own material comfortably. And I feel like I need a lot of a lot of support.”

It took a long time, but eventually Jones came to terms with her creative process – and became a better performer for it.

“The risk is just, like, doing anything,” she laughs. “When someone says, ‘Do you want to do a little tour with Bruce McCulloch, the money’s half of what you used to get 15 years ago’ and you’re like, ‘Yes!’ Because that way I will have to walk out there and figure out what I want to do, what I find funny these days. It’s good practice to me.”

The stand-up gigs offer her a chance to do something different from her work on 22 Minutes, which has – perhaps inevitably – expanded from a scrappy little comedy series to an institution with its own gravitational pull. (The show just finished its 25th season and Jones is the only remaining original cast member.)

But spending a quarter-century on the same show has led to some inevitable compromises.

“When I see people like, ‘Here we are with all the upcoming talent who are going to write films,’ I’m thinking ‘I’m 63 years old, and I guess I’m going to die without doing my Wedding In Texas movie,’” she says ruefully. “I give myself a hard time for having stayed on the show and not done a million really risky, awesome creative things. Because I think my art would be a kind gesture toward the world. I think that if I did put out something, people would enjoy it and that would be a generous thing to do.”

Not that she isn’t still developing her own stuff, of course – and it’s more than just stand-up.

“I’m here with my friend, actually, we’re working on a series called Impossible To Love. We don’t have a home for it, or a network we’re gonna have to shoot it on my phone or something.”

It turns out talking to producers is something else she’s anxious about.

“I don’t know how to connect to the grown-ups, you know? I still don’t.”