The disturbing rise of Zoom bombing

As hateful incidents spread on the popular video conferencing app, users say the focus should be on solving underlying issues – not blaming the platform 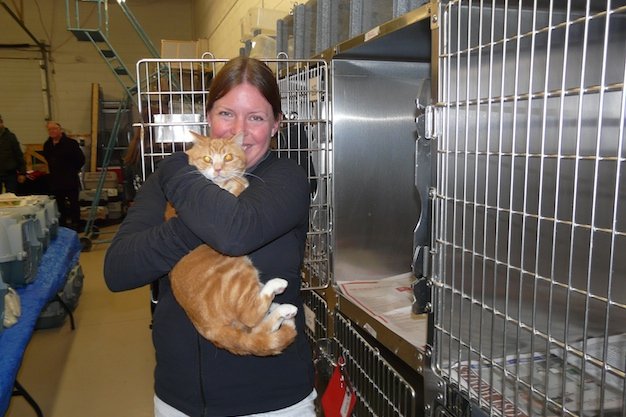 Carmen Logie was attending a virtual awards ceremony on the video conferencing app Zoom when an unknown voice came in.

“Can I talk?” he asked, interrupting the host setting the agenda for the Society for Public Health Education-organized event. It was only a minor disruption, so he was removed quickly and the show went on.

About 30 minutes later as another recipient was receiving a lifetime achievement award, someone shared their screen and wrote out the n-word. Then more unknown male voices began talking over her, screaming graphic threats of sexual assault over a video of someone being violently beaten.

“I’ve never experienced anything like that. It was just horrible,” says Logie, a professor at University of Toronto. “I’m literally there getting an award about discrimination and stigma. And then there’s this really horrible discrimination.”

Googling it later, Logie was surprised to find this wasn’t an anomaly. Not long after Zoom exploded in popularity, a new term has entered the public lexicon: Zoom bombing.

According to Urban Dictionary, Zoom bombing is “the act of performing a silly or mischievous act in the background of someone’s video conference.”

That’s become a common sight over the past few weeks as schools, meetings, parties and pub nights shift online. Trolls are finding Zoom invite codes, or otherwise searching for open meetings, and infiltrating. But just calling it an act of mischief isn’t accurate: in many cases, this is targeted hate. More often than not, it’s aimed at marginalized people.

Club Quarantine is an online queer party that’s been taking place on Zoom every night since the middle of March. The virtual club night, started by four Toronto friends, has exploded in popularity since it started, attracting big international DJs like Charli XCX, Kim Petras and Pablo Vittar. But as it’s grown, the trolls have followed.

One of the distinctive parts of Club Q are the spotlight moments, when the organizers pick one of the hundreds of people and put the focus on them.

“Last night we had our first spotlight troll,” says Andrés Sierra, the morning after an incident earlier this week, speaking with two of their co-organizers, fittingly enough, over Zoom. “This person got spotlighted and they put up a sign that said ‘trans people must die.’”

Club Q has been dealing with trolls from pretty much day one. First they abused the chat function, then they swarmed the party with bots and crashed the gathering, but the transphobic sign was next level.

“It feels like a violation,” says Sierra. “They continuously come up with new ways to fuck with us.”

Moderating the event is a big enough job that it requires all four co-founders, which means none of them has had a night off since March 16. But they don’t plan to add a whole bunch of security. They quickly shifted from Instagram Live to Zoom because it allows them to include, see and interact with the most people at once (“because we’re that extra”) and Zoom is still the best option for that. They want people to be able to stumble upon it and invite their friends, for it to be an open and welcoming safe space. “What we do is really for the community.”

Similarly, the awards ceremony that Logie attended was meant to be an open space for award recipients to bring their friends and family.

Password protection and a waiting-room function – in which the host has to approve each participant – along with other prominent security functions, have become the default on Zoom specifically because of incidents like these. “We recognize that various security settings in the Zoom client, while extremely useful, were also extremely scattered,” the company published on its blog. “[The new settings] enable Zoom users to more quickly take action to prevent meeting disruption.”

Still, because of (often warranted) concerns with privacy, there’s been an outcry against the video chatting platform, with countries like Taiwan banning it for government use and some people in Canada asking schools and educators to avoid it. Toronto’s Munk School has published research questioning the company’s encryption.

But there’s a reason it’s become the most popular video platform during the pandemic – its accessibility, ease of use and its ability to host many people at once usually without connectivity issues. Zoom has been popular in academic circles for a long time, but Zoom bombing is a mostly new phenomenon.

There’s a tendency for people to blame Zoom bombing incidents on hosts or organizers for using an unstable platform or failing to secure it, but Logie compares that to victim-blaming.

“Instead of the focus being on the people who are actually oppressing people, it falls on the queer people again to do all the work,” he says.

Co-founder Brad Allen agrees. “People will say ‘Why Zoom? Are you aware of privacy issues?’ he says. “Well, are you aware there’s people who tell us that they want to kill our family and call us faggots online. Are you aware of that?”

Logie’s work deals with stigma and the way the pandemic exacerbates racist attitudes and inequalities that were already prevalent. Without anti-racism, anti-stigma, anti-xenophobic and gender-sensitive messaging embedded into public health messaging, she says, the public discourse around COVID-19 often blames the illness on “the foreign other.” It also ignores racial and economic inequalities that make it harder for some people to physically distance.

Zoom bombing, she argues, represents those underlying biases coming out in a new, extreme way.

“Are we going to actually address these underlying issues that are coming to the forefront with COVID-19?” she asks. “Or are we just going to blame Zoom?”