Box 4901 is a profound and moving look at seeking connection 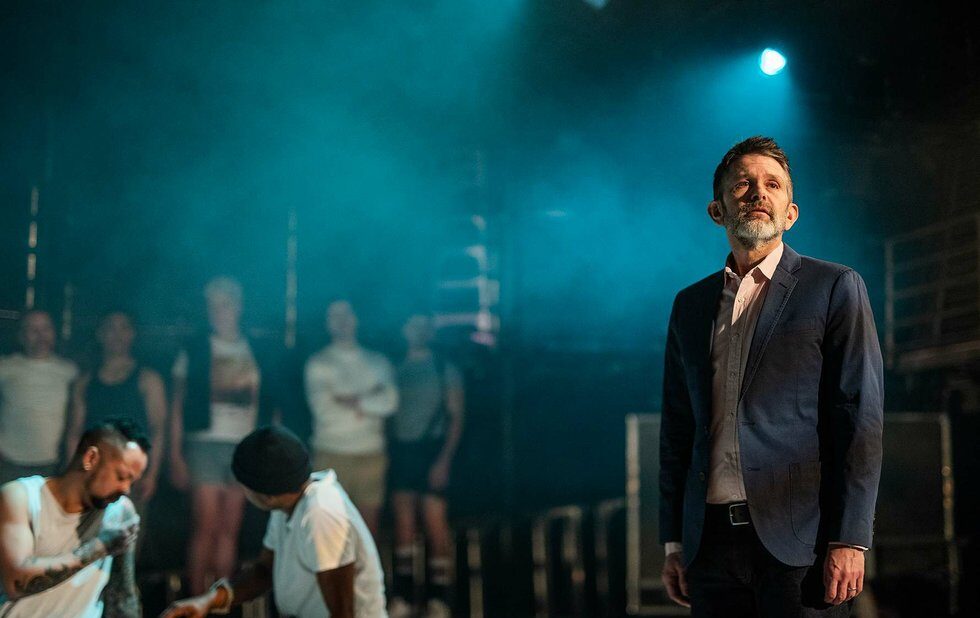 When I raved about the workshop production of Brian Francis’s Box 4901 a year and a half ago at SummerWorks, I ended the review by saying I could easily see it remounted here and cities around the world.

Well, the Toronto remount has arrived, and a book version is coming out in 2021. Which is just as it should be. This is a profound and deeply moving look at where queer people were a few decades ago and where we are now. Despite the queer focus, the show’s themes of finding connection with others and coming to terms with oneself are universal, especially in this era where meeting people is as easy as turning on your smartphone.

Back in 1992, novelist Francis was a closeted 21-year-old student at an unnamed university in Southwestern Ontario. After placing a personals ad in the local newspaper, he received many responses (at the eponymous box number), and he replied to all but 13 men.

Now he has written – and reads –  replies to these men, with all the wisdom (and perhaps cynicism) of middle age.

Director Rob Kempson has assembled a group of 13 queer actors to “play” the letter-writers, and the way he stages their readings, and the way they interact with Francis (who mostly reads from a podium), is lots of fun.

What’s especially interesting is how the diversity of the actors contrasts with the generic whiteness of the actual letter-writers. (The repetition of the words “blond, blue-eyed” becomes a little monotonous after a while, and the creators are obviously aware of this.)

Occasionally, the entire ensemble will get together to dramatize a point. One of the most moving involves the young Francis being at a gay bar in Hamilton and seeing everyone politely ignore an older man cruising them. With honesty and self-deprecation, Francis admits that the man was probably younger than he is now.

Knowing that Francis gets the final word in this uneven letter exchange, Kempson has added a beautiful moment in the middle of the show in which the men who’ve read their letters get up and walk along set designer Brandon Kleiman’s shiny, white square platform – which in this moment resembles a model catwalk – each man maintaining his dignity.

What’s brilliant about the show is how this narrow-seeming project allows Francis to discuss a huge range of themes, relevant to everyone: loneliness, aging, disease, body image and especially the cost of living with secrets.

One thing he doesn’t address is his reaction to the problematic term “straight-acting,” which was ubiquitous decades ago.

Francis admits at the top of the show that he’s not a professional actor, and it’s true his voice and physical bearing could be a little more varied. Adrian Shepherd-Gawinski’s sound design often disrupts, rather than enhances, certain moments.

But Francis’s writing has the sparkle of the best of David Sedaris, and his insights into his life are heartbreaking in their honesty.