Mrs. Ramjohn – whose family has been serving Trini doubles for a century – shares the story of her iconic Scarborough roti shop 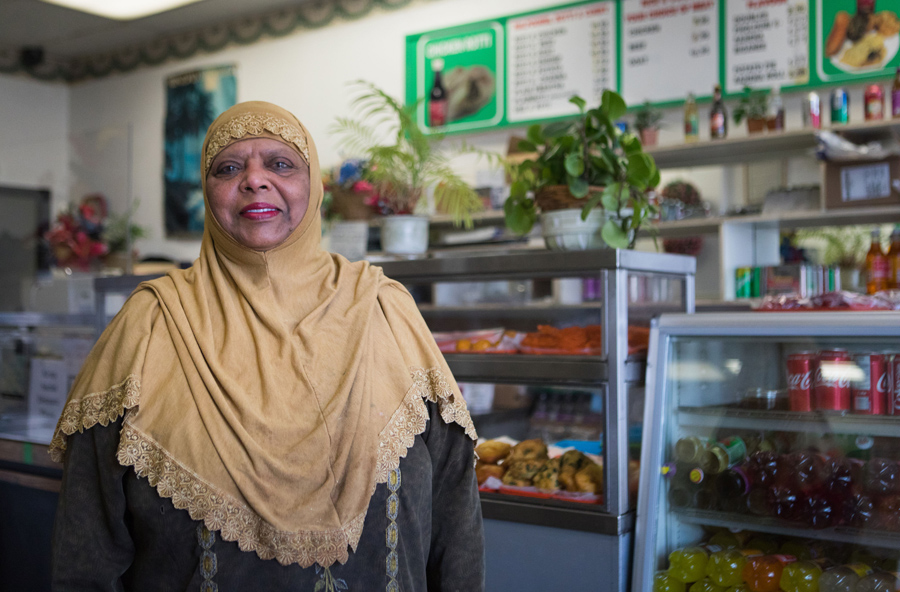 Mrs. Ramjohn, who has been serving me Trini doubles since 1995, has never heard of NOW Magazine – even though a green NOW box used to sit just down the street from her Scarborough shop, ACR Hot Roti & Doubles (2680 Lawrence East, 416-755-7806).

She’s mildly suspicious and wary about being profiled for a publication I may have made up. It takes a few gentle and reassuring phone calls, with me verging on begging, before she agrees.

One condition: I don’t print her first name. It’s either Mrs. Ramjohn or Aunty.

We’ll go with both.

Aunty Ramjohn doesn’t need the publicity. ACR is legendary. She and her late husband opened Scarborough’s first doubles shop thirty years ago. But the following for their moist, fluffy and spicy combination of bara and channa (with pepper!) has been building for decades before that.

They opened their first doubles shop in Marabella, Trinidad, in 1971, continuing a business that Aunty Ramjohn’s family had been doing since the turn of the century.

Her grandfather started selling bara and chutney around 1902. Her mother would take a tray of pholourie, bara and more to sell at Fyzabad Presbyterian School in the fifties. It was her mother who started selling channa on bara – singular – before people would say “okay, double” for twice the peppery goodness.

The Ramjohns sold their doubles at an outdoor stand on the side of Allum’s Supermarket in Marabella.

“All these boys coming out from Pino’s nightclub and all those fete clubs, they used to come and buy,” says Aunty Ramjohn. “They used to come out one o’clock or two o’clock in the morning. By five o’clock, I’m done.”

She speaks fondly of those days: “Everything was nice,” she says. But an economic downturn in Trinidad and Tobago motivated the Ramjohns to make the move to Canada.

They were living in the Thunder Grove apartments in Scarborough, while working at TriVision making remotes for television sets. Shortly after, Aunty Ramjohn picked up a paper and found an ad selling a business: Eve’s Bakery.

Aunty Ramjohn got an unsecured loan from a banker she affectionately calls Ms. Cathy and used it to purchase and renovate the little shop at Midland and Lawrence.

“Things doesn’t change,” says Aunty Ramjohn – referring to her shop, which still has faded window stickers from its bakery days and the same houseplant from the day she moved in – and her doubles, the same ones from Marebella.

“Everything is the same. We have lots of customers from back home who live here now. They still come. They say, ‘This is aunty’s food’. They know my food. They know my taste. And they say, ‘I cannot find this taste nowhere.’”