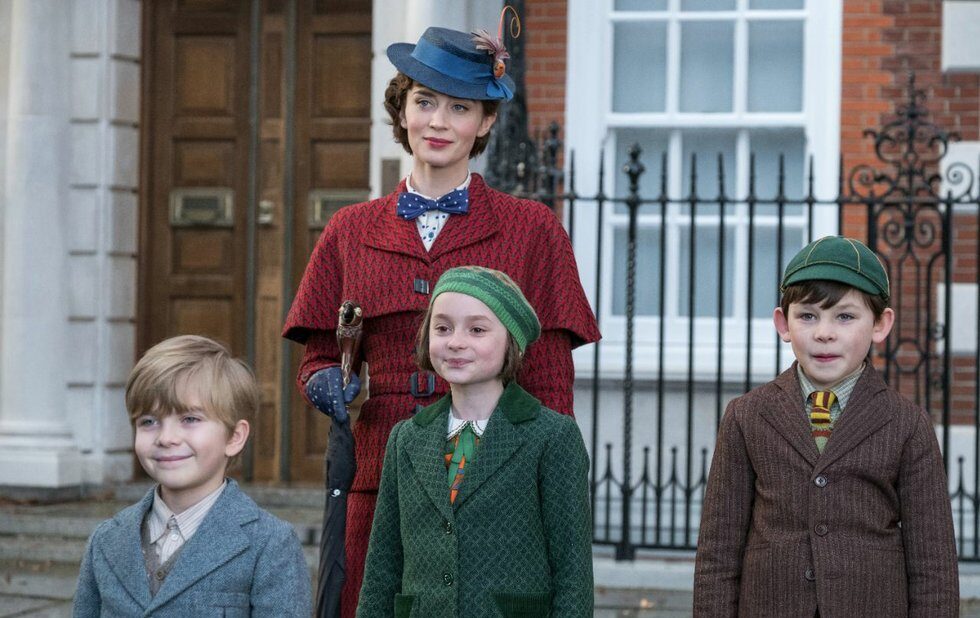 At no point during Mary Poppins Returns did I miss Julie Andrews. Emily Blunt fills the iconic role fabulously, doing the rosy-but-stern bit with her comic and thoroughly delightful charm. Blunts performance pays homage while giving it her own special oomph.

The sequel to Disneys 1964 classic has Blunts Mary returning to London during the Depression era, finding her former charges Jane (Emily Mortimer) and Michael (Ben Whishaw) as adults. The latter is a recent widower with three kids who are far more mature than he and Jane were when Mary first appeared.

Marys adventures with the new kid litter involve whirling into a decorated china bowl (as opposed to diving into a painting), visiting a rotating house (as opposed to an apartment where people just float up to the ceiling) and dancing the night away with Lin-Manuel Mirandas Jack and his lamplighter entourage (as opposed to chimney sweeps).

Though nothing here can upstage the original, most sequences are dazzling or distracting in their own right, with all the colourful flurries and decor a modern production afford. The music, though, is a disappointment, where even standout songs like A Cover Is Not The Book and The Place Where Lost Things Go dont deliver anything catchy or quotable.

Most crucially, the paternal drama where Michael struggles with finances and loses sight of what matters is a total drag neither as involving nor as convincing as what David Tomlinsons grouchy George Banks brought to the table.

The movie feels hollow whenever it strays from the gravitational centre that is Blunts Mary, which is thankfully not often. Thats the character were here to fawn over, reminisce with and step in line for. Shes enough to leave everyone in a cheery disposition.

While Blunt could score a nomination for lead actress, look out for the film to compete primarily for craft prizes like costume and art direction.