Review: The new Candyman reminds us why the character still haunts us

Director Nia DaCosta and producer Jordan Peele bring the horror classic into the present day, and finally centre the action on Black characters 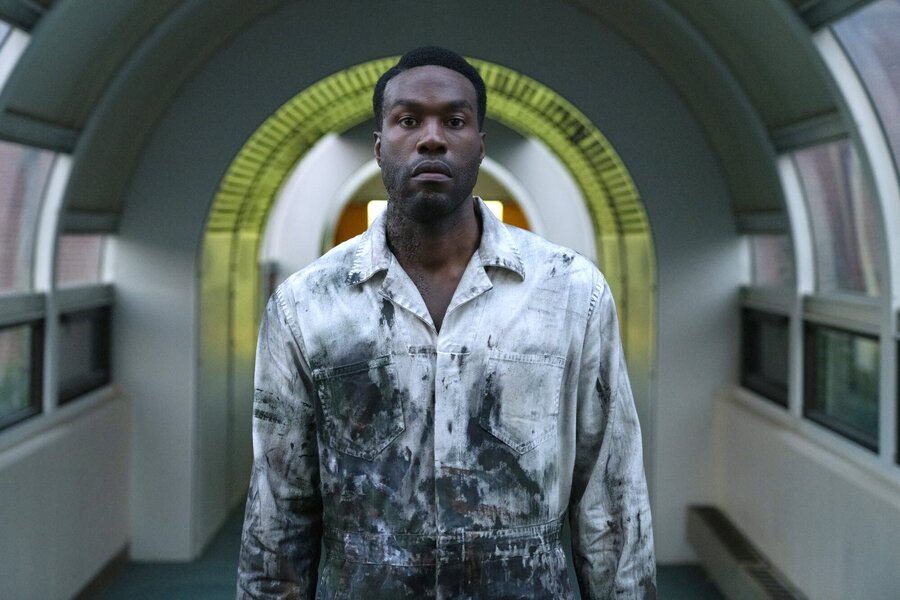 Can a Candyman movie work in the present day? Yes, it can. You just have to know what you’re doing, and Nia DaCosta and Jordan Peele have come up with a very elegant way to bring the story into the present day.

Bernard Rose’s 1992 supernatural slasher – which adapted Clive Barker’s short story The Forbidden into a waking nightmare about the very real horrors of America’s racist history – still holds up, mind you. It just feels very much like a product of its time, placing a white protagonist at the centre of a story about Black suffering. (The eponymous menace was the spectre of one Daniel Robitaille, a 19th century gentleman tortured and murdered by a mob because he dared to love a white woman.) But Rose’s formalism, and the balancing act of Tony Todd and Virginia Madsen as the implacable Candyman and doomed researcher Helen Lyle, gives the movie a punch that still resonates.

DaCosta’s Candyman reworks Rose’s balance of dread and elegance, opening with a prologue that shows us how urban legends are formed before jumping to 2019, 28 years after the events of the first film, to introduce us to Anthony McCoy (Yahya Abdul-Mateen II, whom genre watchers will recognize from Aquaman and HBO’s Watchmen), a Chicago painter who finds himself stuck for inspiration.

Fortunately – or unfortunately, I suppose – Anthony and his gallery-curator girlfriend Brianna (WandaVision’s Teyonah Parris) live in a condo tower in Chicago’s newly gentrified Cabrini Green neighbourhood, where no one remembers all the unpleasantness that happened back in the day. Anthony decides that a piece on the cycle of displacement that comes with the “renewal” of low-income neighbourhoods might be a good idea, and it’s no time at all before he stumbles onto the story of the Candyman.

But rather than summon the spirit by speaking his name five times while looking in a mirror – which did not work out so well for Madsen’s Helen Lyle the first time around – Anthony becomes inspired by the urban legend, and how the story of the Candyman still resonates in contemporary Black culture. He starts painting again. And people start dying.

What follows is… well, let’s just say it’s on brand for the franchise. But that’s not a flaw; it’s been more than two decades since the last Candyman movie, the threadbare Day Of The Dead, and there’s a lot of life in the premise. It’s not as relentless as Rose’s original, but that might just be the lack of novelty; as with most reboots and remakes, we’re a little bit ahead of the characters as the story unfolds, so the biggest shocks are inevitabilities.

Still, it’s all about the execution, and DaCosta – who distinguished herself with the excellent low-key drama Little Woods a few years back – gives her Candyman movie the same level of invention and grace as Rose’s.

It also helps that DaCosta and producer Peele – along with their co-writer Win Rosenfeld – are working an entirely new angle here, bringing the Candyman mythology into the present day by embracing the metaphor that was there all along. Using a fantastical narrative to address real-world horrors is the same trick Peele pulled in Get Out, and it’s a powerful one… though in Candyman, the nervous laughter is built into the film’s world in a very different way.

I have one small reservation about the climax, which tries to orchestrate a similar sense of splintering chaos as Rose’s original and doesn’t quite pull it off. There’s something missing about one character’s motivation – it’s not enough to derail the entire film, but it did leave me feeling like a couple of lines of dialogue were left in the editing bay.

That said, I otherwise admire DaCosta’s instincts in cutting the story down to the bone; at just 91 minutes this Candyman is refreshingly swift and effective. It just has that little speed bump near the end.