Why Hollywood refuses to let the blockbuster boom go bust

The pandemic might give smaller films a chance to find bigger audiences, but Hollywood is unlikely to let the blockbuster model die 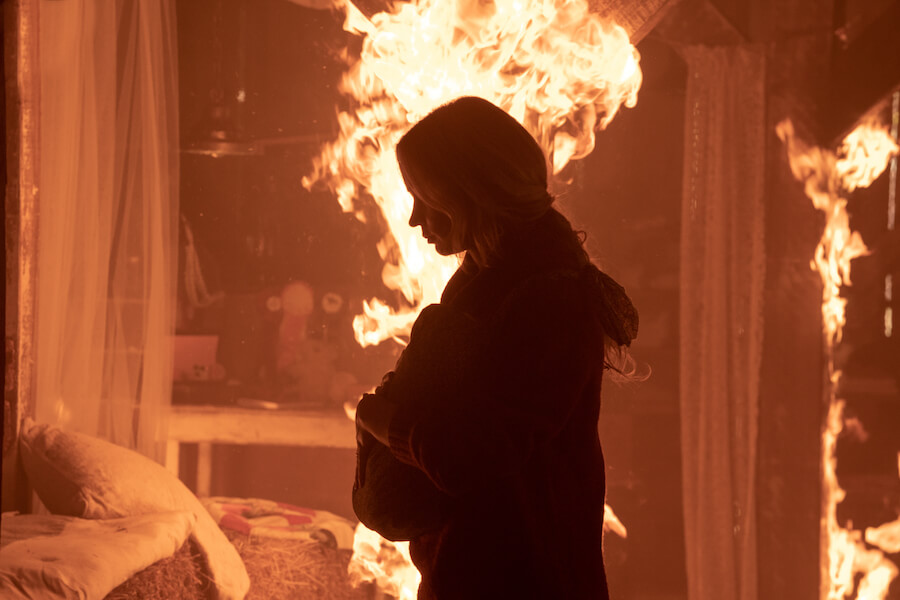 You'll have to wait a while to see Emily Blunt in A Quiet Place Part II.

Warner Bros. made headlines earlier this week when it moved Denis Villeneuve’s holiday blockbuster Dune from December 18 to next October. If you’re surprised, well, you haven’t been paying attention.

See, there’s a pandemic going on, and since one of the consistent recommendations is not to spend long periods of time indoors with lots of strangers, people are leery about going to the movies in droves.

Not that they could if they wanted to, of course, since theatres are operating at reduced capacity, with socially distanced seat restrictions. The pandemic has delivered a crushing blow to exhibitors; in the U.K., the Cineworld chain announced it’s shutting down completely for the duration of the crisis and laying off 45,000 workers.

Here in Canada, Cineplex is open for business everywhere except Quebec, where the province has shuttered theatres in response to spiking COVID cases, and, as of October 10, parts of Ontario. The province has ordered theatres and other performing-arts venues in Toronto, Ottawa and Peel to close down for at least 28 days for the same reason.

But the theatres that are still open are running trailers for all sorts of big, expensive studio movies – Black Widows, Ghostbusters: Afterlife, Top Gun: Maverick – that we won’t be able to see any time soon.

And why is that? Well, here’s the thing. The blockbuster situation is a problem entirely of the studios’ own making. By shifting their resources into franchises and tentpoles and away from smaller projects, Hollywood engineered an ecosystem of giants: colossal features intended to open around the world and immediately rake in hundreds of millions of dollars (or more) on the back of big stars, bigger brands and IMAX-scale storytelling.

It’s all designed to pull people away from their home theatres and into the megaplexes, where they’ll pay $15 apiece for a ticket – or even more, if they want an enhanced experience like 3D, D-Box, IMAX or, ugh, 4DX – and gorge on popcorn and soda, which is where the real money is in movie-going.

Over the last decade, as various franchises established themselves as reliable moneymakers, budgets have trended upward. It’s not unusual for a Marvel or DC movie to nudge up against the $200 million mark, and the latest Bond film is estimated to have cost $250 million. Which wasn’t a problem at the time, because the market could bear it: a blockbuster can earn between $500 to $800 million worldwide, even as a perceived bomb.

Remember when Batman V Superman: Dawn Of Justice opened to near-universal pans, a collective shrug from mass audiences and an $873 million gross rather than the $1 billion-plus take Warner Bros. had projected? Well, with a budget of approximately $250 million that’s still more than $600 million in profit from a single film. So Warner’s takeaway from that was that the studio would scale back on its mid-range productions – dramas, comedies, thrillers – in order to focus on making better blockbusters.

You can see how this goes: why spend $20 to $40 million to maybe make $60 or $80 million, when you know you’ll make hundreds of millions with a megabuster? Of course, that only works when there’s a global infrastructure of movie theatres to roll out the product.

Now, it’s certainly true no one ever expected movie theatres around the world to close because of a pandemic – though in retrospect it seems like engineering an ecosystem of giants that can’t support their own weight might not have been the most sustainable model. Because when you take megaplexes out of the equation, it turns out that a lot of other assumptions collapse as well.

“Can’t they just put [the giant movie I don’t want to wait another six months to a year to see] on iTunes?”

Well, sure. But it’s a losing proposition. The home-viewing market just doesn’t deliver that kind of return. A $20-$25 rental window for one household to watch Trolls: World Tour is peanuts compared to the $50 ticket spend for a family of four (before snacks). If Disney had made the money they’d hoped to make with Mulan’s exclusive premium release on Disney+, they wouldn’t have just shoved the entire Marvel slate into next year.

The studio did just announce Pixar’s Soul will be premiering on Disney+ for Christmas, at no additional cost to subscribers. But it’ll be released theatrically in countries where the streaming service isn’t available.

Theatres will always be the most appealing option. That’s why Warner insisted on getting Tenet into cinemas at the end of the summer. Yes, on some level it’s an ego thing for Christopher Nolan – one of just a handful of filmmakers who can draw massive audiences to a non-franchise picture. But on the other hand, it was an essential test of the new normal: of whether it’s possible to release a megabuster in the current reality of limited capacity, uncertain audiences and no guarantee that theatres open this week will still be open next week.

And the test failed.

Tenet didn’t technically fail. With a budget of just over $200 million, it’s made an estimated $307 million worldwide and held the top spot on global box-office charts since it opened in August. But that’s maybe a third of what it would have done in a normal year, and everyone knows it.

That’s why the studios have collectively decided to call a mulligan on 2020 and see where things stand in the new year. Disney still says it will get Death On The Nile into theatres in 2020, and Warner has Wonder Woman 1984 set a for a Christmas Day opening. But I’ll be very surprised if they’re not nudged to next spring in the coming weeks. And if things are still as they are right now, they’ll be nudged again.

Some countries have rushed to fill the void with their own productions. In France, distributors were quick to book homegrown films into the space created when No Time To Die vacated its November slot. That won’t work as well here; English Canadian cinema is enjoying an artistic boom, but its commercial appeal is still pretty limited.

Hollywood puts the blockbuster on hold

Here’s the reality: until there’s a vaccine, or case numbers decline to the point where theatres can be properly reopened in something close to their full capacity, it just makes more sense for studios to sit on their megabusters. They’ll hold fan events and release new trailers and additional character posters to keep people excited about F9 and Black Widow and A Quiet Place II (Yep, Still Quiet!), but the movies themselves will always be a few months away.

The upside, I suppose, is that smaller projects have a fighting chance to get noticed. Yes, the streaming services are still teeming with studio selloffs – Sony sold Greyhound to Apple and An American Pickle to HBO Max, Netflix grabbed Paramount’s The Lovebirds and Legendary Pictures’ Enola Holmes, and so on. But now they’re on exactly the same footing as dozens of other smaller pictures.

Paramount just dropped a high-school comedy called Spontaneous on VOD, and it’s kinda great. It’s a dark YA comedy starring Katherine Langford and Charlie Plummer as teenagers forced to deal with their mortality when their classmates start randomly bursting like balloons.

It’s sharp, smart and charming, and in a normal year it would have lasted maybe two weeks in general release before being abandoned to VOD platforms, where it’d have to fight for your attention among all the other bigger, flashier pictures arriving that week.

Who knows what’s possible now, especially since it’s been a while since we’ve had buzzy entertainment to talk about that wasn’t a hate-watch like Ratched or Emily In Paris.

Alternately, audiences might start to gravitate to projects that really do represent life as we’ve come to know it. The new NBC sitcom Connected and Netflix’s upcoming Social Distance play out their stories through phones, laptops and first-person testimonials – just like we’re all doing with our own social circles.

HBO proved it was possible to do it artfully in last month’s Coastal Elites (which I reviewed here). And if things continue as they are for another couple of seasons we’re going to start seeing a lot more scripted programming that uses a similar device.

It’s also possible that none of this will satisfy anyone who just wants to watch a superhero movie they haven’t already seen a dozen times before. And all I can say to that person is: dude, come on. There’s more stuff available to watch right now than ever before. Don’t limit yourself. The Marvel movies will be there next year.