Review: Tenet is mind-blowing and incomprehensible 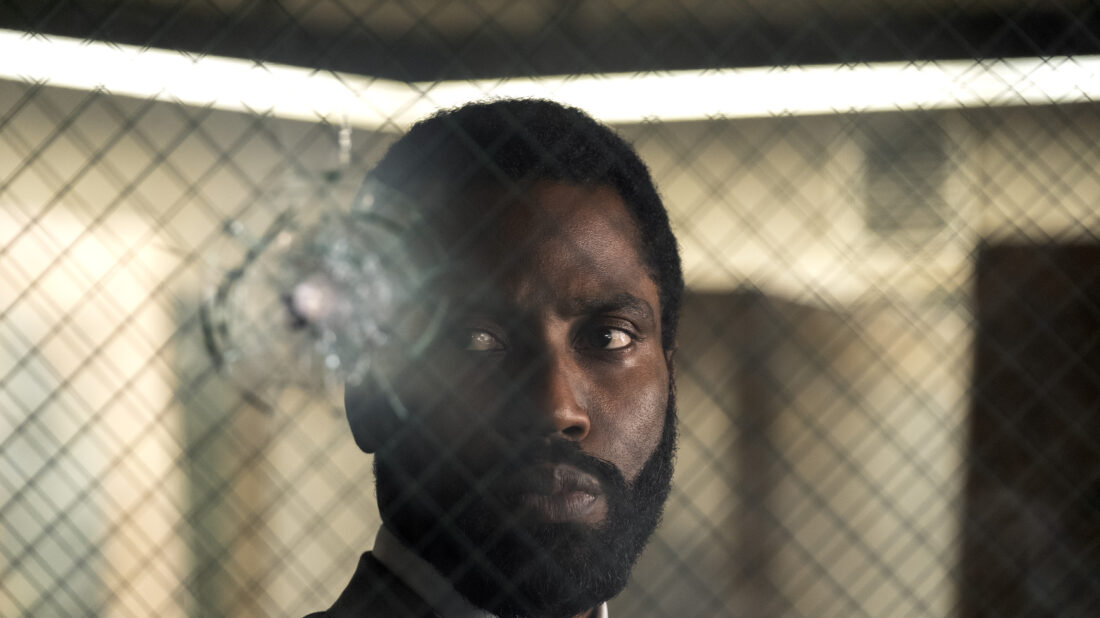 John David Washington is The Protaganist in Christopher Nolan's Tenet.

Christopher Nolan’s ambitious and monumental sci-fi spy movie is a mind-blowing spectacle. But the movie meant to lure audiences back to the big screen despite the ongoing COVID-19 pandemic is often frustratingly incomprehensible.

Tenet is about time inversion; not time travel, mind you. Objects and characters reverse the way they move through time, flowing backward instead of forward. So while cars are careening forward in a high-speed chase, there’s that one vehicle in the distance that’s spiralling backwards into the action after it already crashed. While one character is throwing a fist, another is pulling a punch that already landed. Or, as a scientist (Clémence Poésy) demonstrates early on, you catch the bullet instead of shooting it.

“Don’t try to understand it,” she warns, a sly wink to the audience.

I think she follows that up by saying, “Just feel it.” I’m not so sure, though. The throbbing baseline and percussion in Nolan’s IMAX sound mix regularly pound dialogue into mulch. Everyone sounds like they’re wearing the Bane mask this time around, making an already complicated plot largely incoherent.

Tenet is unlike anything we’ve ever seen

You’ll get the gist of the whole thing and have a general idea of what the movie is doing throughout. But trying to grasp the specifics and the mechanics is exhausting and futile. Tenet tends to pile on the complications and chaos, which as it turns out is a functional way to cover gaps in logic.

But the experience of it is unlike anything we’ve ever seen. The movie is a race against a clock that defies everything we know about time. Massively scaled sequences have time moving forward and backwards and zigzagging all at once. The action exceeds anything Nolan has ever done before. And that’s not referring to the whole crashing a real 747 thing. The expensive stunt, which Robert Pattinson’s character Neil knowingly calls “dramatic,” adds more to marketing and ego than the actual enjoyment of the movie.

Tenet begins with a throat-grabbing prologue that competes with The Dark Knight’s cold open. BlacKkKlansman star John David Washington plays the Protagonist (this is actually how he is credited), a covert operative working a hostage taking at an opera house. There he witnesses an inverted bullet and goes down the rabbit hole.

“All I have for you is a word,” says an agent played by Martin Donovan, who recruits Washington’s Protagonist into a cloak-and-dagger mission to find out who is turning time into a potential weapon of mass destruction. That word is Tenet. “It will open the right doors.”

I only heard the word “Tenet” once thereafter – maybe twice – in a two-and-a-half hour movie. So either that foreboding intro is a deceit or, you know: BASS!!!!!

From there, Washington’s Protagonist recruits Robert Pattinson’s wily Neal in a very globe-trotting, Bond-like mission with plenty of yachts and coastal European locales.

As far as I can tell, Washington is the first Black actor to front this kind of luxury spy caper. Google “spy movie” and you’ll see how white the genre is. Tenet is by no means a movie about race. But Washington does appear to lean into what his race brings to the role. People size him up, dismiss him as out of his league in rarefied restaurants and literally tell him he is not “The Protagonist.” And he’s got that swagger to cut right through all that.

His mission leads to Elizabeth Debicki’s Kat. She’s an art dealer married to Kenneth Branagh’s horrifyingly abusive arms dealer Sator. You can assume that at some point The Protagonist will have to weigh saving the world against saving a woman and her child from a monstrous husband.

This particular plot thread is off-putting. It’s reminiscent of Steven Knight’s Serenity, where Nolan alumni Matthew McConaughey and Anne Hathaway star in a story about domestic abuse that only serves high concept buffoonery.

Tenet is not as goofy as Serenity by any means. But despite excellent performances from a high-calibre cast, the characters can’t forge an emotional connection, no matter how tragic their arcs. They always come second to the bass and the spectacle. Dunkirk felt cold for similar reasons.

But Tenet’s spectacle is rich, particularly when the movie ricochets towards its final stretch and things get particularly dizzying, The influences range from La Jetée to From Russia With Love. The action also envelops Nolan’s career-long obsessions with cinema’s foundations.

In The Prestige, he went back to the marriage of technology and showmanship that paved the way for movies. For Inception, he toys with cinema’s relationship to dreams. In Memento, Interstellar and Dunkirk, he tinkers with time and space, the two pillars of cinema. What is a movie but moving images that expand and compress time and space?

Tenet goes Gilles Deleuze in exploring that question. The movie’s tinkering with time and space is almost as hard to follow as that French philospher’s writing on it. Deleuze can also inspire “wows” and “WTFs.” His ideas hold up better, too.

But Nolan sure knows how to put an exciting spin on them.