A visit to the social housing community of my childhood 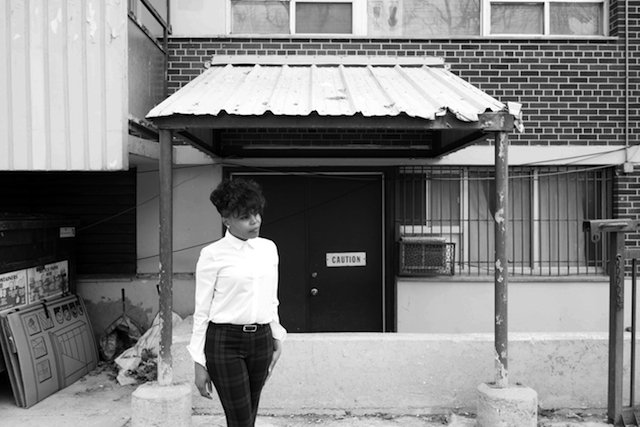 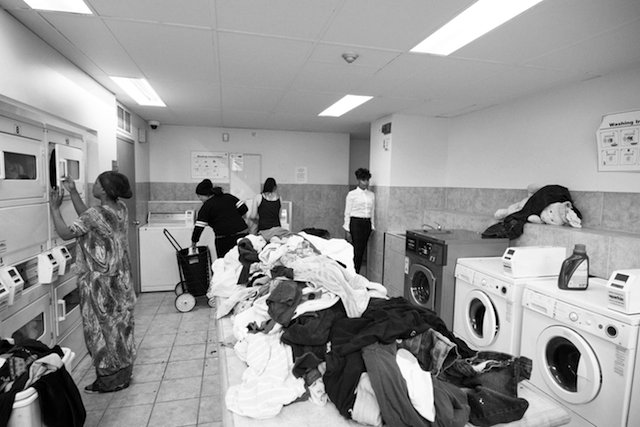 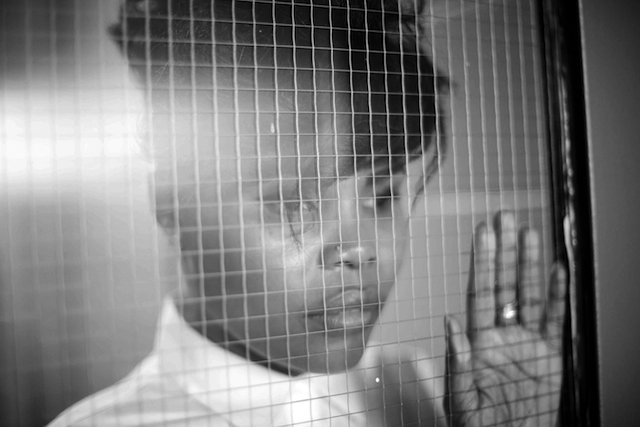 As a kid, I lived in a tower at the end of a dreamless street. Each summer, the bushes out back bore sweet raspberries as a reprieve from the unyielding sun and oppressive poverty. But when “Mikey the Pimp” moved into my neighbourhood in the early 1980s, that tiny bit of grace was lost.

From afar, I watched him seduce Kate, a stocky blonde who was barely a teen, with a skittish gaze and an uncomfortable giggle. Soon, he also won over her welfare-dependent single mother and moved into their fourth-floor apartment. Having established a base for his “business,” he recruited neighbourhood girls, many of whom were the older sisters of my friends. All of them had intersecting vulnerabilities – poverty, low performance in school, prior sexual violation and/or the lack of a male caregiver. Mikey’s two cohorts, and a couple of “clients” clearly from more affluent neighbourhoods, followed. Not yet 13, I didn’t fully comprehend what was happening, but I knew enough to mistrust men who wore red snakeskin shoes and shiny shirts.

It wasn’t that I was afraid: in my building, I’d regularly navigated blown-out hallway lights, perpetually broken elevators, shattered beer bottles from last night’s fight and women brawling over washing machines. But with Mikey the Pimp’s arrival, I sensed an unfamiliar foreboding.

Sadly, my instincts were right. One evening, while I was regaling my mother with the details of my day, a news report on TV caught my attention. The remains of a violated girl, identifiable only through dental records, had been found by a group of Boy Scouts. And not just any girl: the victim was Britney, the older sister of one of my friends. She had been working for Mikey the Pimp.

Although I’m many miles and years beyond that tragedy, my inner 12-year-old self compels me to search for Britney. I recently found an online article focused on the man who murdered her. She is a mere footnote – an insignificant girl from an insignificant neighbourhood.

Through tears brought on by the raw injustice of it all, I contemplate how the absence of dignity – defined as human worth – in the design and provision of social housing were complicit in the underage sex trade in my building and ultimately in Britney’s death. I interrogate social housing’s paternalistic beginnings, its poorly designed neighbourhoods, the implications of place-based identity and stigma, and the violence against women and girls. But I also create space for guarded optimism, imagining that it’s possible to transform social housing residents from clients of the state to citizens of the city.

I embark on a work of blood, memory and critique.

It isn’t that we haven’t been talking about social housing. Most everyone knows of the repair backlogs, safety issues, wait lists, funding models, concentrated poverty and the despair of the residents, and also that these problems have been deemed a crisis for global cities like Toronto. The problem is that we haven’t been talking about it in the right way.

Led by Senator Art Eggleton, this group surmised the obvious – the city’s social housing provider, the same one that managed the building I grew up in, was an ineffectual landlord. “The Transformative Change for TCHC” report, released in January 2016, characterized the organization as “unsustainable financially, socially and with respect to operations and governance.” While many of the recommendations, such as increasing support to vulnerable residents and transitioning to a new public-private funding model, are valid, what’s missing from this report – and current social housing conversations generally – is the centralization of dignity as a frame of reference for both understanding and addressing multiple issues, all of which pose significant barriers for sustainable social housing redevelopment.

Design conversations are commonly centred on principles of aesthetics, usability, economics, technology and, more recently, environmental resilience. The notion of human dignity is certainly of concern to some designers. But it is rarely, if ever, explicitly stated as a guiding principle or outcome in policy development and professional practice.

Yet when it comes to human dignity, design is anything but neutral. Architect and scholar Richard Buchanan points out that while designers grapple with their ethical and political responsibilities, all design, intended or unintended, either supports or undermines human dignity.

In the spring of 2015, I decided to visit the social housing community of my childhood with a photographer. With his help, I wanted to document the specific design features that shaped our experiences in the community – including the sex trade and Britney’s murder. As we turned into the complex, the trip became an uneasy crawl toward an unresolved past.

We parked beside an above-ground garbage bin regurgitating chicken bones, baby diapers and empty soda bottles. A few feet away, an elderly man riffled through a pile of colourful baby clothes next to a soiled floral mattress and one red shoe that seemed desperate for its companion. Looking up at my old balcony in the sky, I remembered how small we all were as kids – and how small we sometimes felt.

Having researched place-making and crime-prevention models while completing graduate work in environmental studies, I instinctively began to audit the community from both a child’s perspective and a professional eye. The doorways along the outer perimeter sink inward and were still covered with view-obstructing awnings. These dim alcoves provided excellent coverage for Mikey the Pimp’s drug deals, and also created an uneasy feeling for children walking past the building’s shadowy perimeter. Out back, the wood and sand were entirely obstructed by the building’s height and girth. All of these design features contravened the precepts of natural surveillance. A principle of Crime Prevention through Environmental design, natural surveillance seeks to focus as many eyes on a space or place by using simple and effective design strategies like lighting, landscape and the siting of doors and benches. Jane Jacobs similarly espoused the virtue of the “eyes upon the street” in the compact working-class neighbourhoods of new York’s East Village.

When we walked around to the front of my former building, I noted another set of design deficiencies. As we entered, I found myself standing atop what appeared to be the very same carpet, now worn through to the rubber, that I walked across on my way to school each morning thirty years earlier. Aside from a security guard who turned a blind eye to the happenings in the building, there was no access control – no external fences, low walls, shrubs or even an intercom system to hinder criminals like Mikey the Pimp. In the winters when it was cold, he and his clientele were never inconvenienced. They had full access to interior spaces within my building. Instead of the parking lots, ravine and the park out back, his clients were directed to warm, accessible spaces, like the laundry room and the stairwells, where they could devour their purchase of crack or a young girl in relative comfort.

My building wasn’t the only problematic place in the community. The clichéd social housing basketball court – mythologized as a site of hoop dreams and a launching pad for upward mobility – was located close to the row houses where Britney and her family lived.

Like many of our public spaces, the court was hidden a couple of flights below street level. Like my building, it too lacked access barriers, natural surveillance and safe-circulation paths. There was a single opening, which doubled as both entrance and exit. The younger boys in the community cut a hole in the fence to create an escape route from the police who sometimes beat them up or the older local guys who “jokingly” pummelled them as part of their initiation into manhood. Instead of recognizing the dangers of having a single gateway serving as both an entrance and exit, or paying attention to the natural pathways carved out by residents, the housing provider installed prison-like metal bars around the sides and top of the fence, as if to make escape that much more difficult.

During the summers, we weren’t whisked off to cottages – heck, we didn’t even have a local pool! – so the guys played basketball in this reinforced metal cage while the girls watched. There was an air of pageantry about these games. Many girls would get dressed up, doing their hair and watching the guys play without ever being given any space or time on the court. Though his silky shirts and layers of gold chains hindered him from actually playing ball, Mikey the Pimp lurked around the court, likely recruiting or keeping an eye on “his” girls. I was an awkward-looking tomboy with zero interest in lip gloss, and the whole ritual struck me as bizarre.

I didn’t want to hang around the court anyway I had other plans. By the time I was 12, I’d made business cards out of lined essay paper, and secured three babysitting clients for the summer. Sometimes I would treat my friends to french fries at a local hamburger place or purchase Popsicles from storeowners who eyed us suspiciously as we walked through aisles stocked with overpriced white bread and powdered milk. The burger place and variety store were situated in a strip plaza atop a really steep hill that lacked both a pedestrian walkway and speed bumps. Because of the drug and sex trade in the community, an increasing number of cars sped in and out of the complex.

On one of our trips to the variety store, a driver forgot to put on the emergency brakes and his car began to roll down the hill. In an instant, it was rocketing through the air toward my friend mindy. She tried to outrun it, but the car landed on top of her, crushing her pelvis. Mindy spent the entire school year in the hospital. The design of that complex, coupled with the criminal activities it facilitated, was lethal.

Excerpted from Subdivided, City-Building In An Age of Hyper-Diversity (Coach House Books), Edited by Jay Pitter and John Lorinc.