NOW MagazineNewsCanada Election 2019: Brownface, Blackface and the politics of hypocrisy

Canada Election 2019: Brownface, Blackface and the politics of hypocrisy 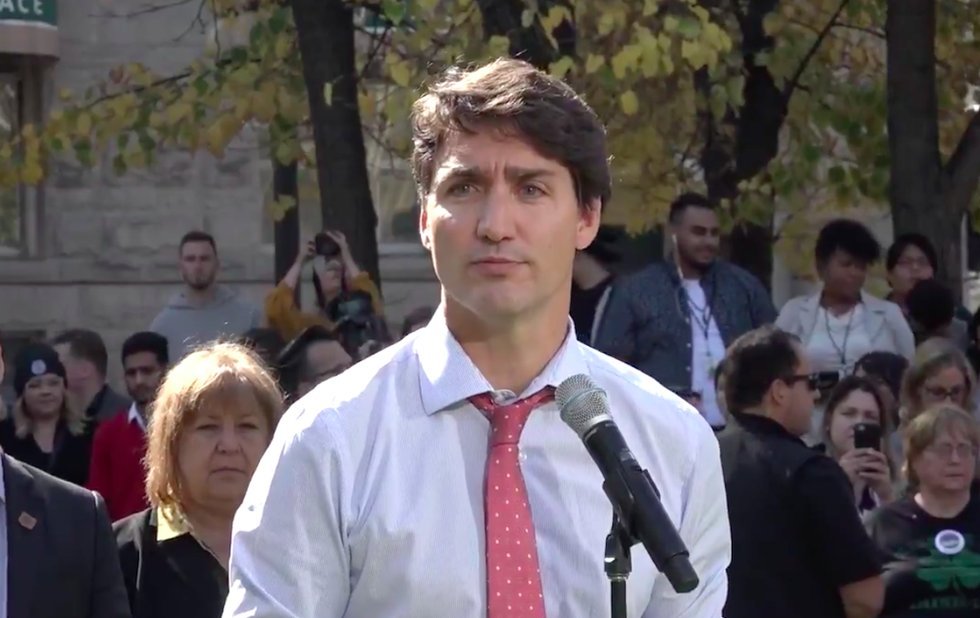 Both the Liberals and Conservatives warned us that Canada Election 2019 was going to be ugly. And now the #Brownface #Blackface controversy engulfing Justin Trudeau has caught the attention of the world media. No shit. So where do we go from here?

Arguably, yes. Had it been any other candidate, that person would have been forced to step down.

But Trudeau isn’t any other candidate. He’s the leader of the Liberal party.

At this stage in the campaign, resigning would blow up any chance the Liberals still have of holding on to power. And for the Libs, mission number one is about keeping the Conservatives from office more than anything else. So the cold political calculus has been made to fight on.

The problem for Trudeau is that it’s an open question whether he still enjoys the confidence of his caucus.

A number of high profile MPs of colour have come to his defense publicly on social media, most notably Harjit Sajjan and Navdeep Bains. On Friday, Trudeau lieutenant Chrystia Freeland joined the chorus.

But it’s difficult to see the pall over this one dissipating anytime soon.

How do Liberal candidates – and in particular those candidates of colour – explain their continued support for Trudeau to voters? It could be only a matter of time before a few will be forced to condemn Trudeau publicly, especially if the Liberals start sliding in the polls – and don’t look now. Things can only get more slippery for Trudeau from here.

As we’ve seen with the SNC-Lavalin affair, the slow drip, drip, drip of controversy can dominate the airwaves for weeks. And for all we know, there may be more photos or videos of Trudeau in Brownface or Blackface floating around.

Moreover for Trudeau, the chances of surviving this in the long term don’t look good if the Liberals fail to hold on to their majority.

Yes, he’s apologized. Clearly he’s done some stupid shit in the past. And no one believes Trudeau is a racist – at least, not an overt one.

But his actions are indefensible. They show lack of judgment. The Trudeau brand has been damaged, likely irreversibly. The taint from this will not disappear. The images have left an indelible mark. Voters will never look at him the same way again. A public flogging on the steps of Parliament Hill may not be enough at this point for most people to grant forgiveness.

There has already been much public apologizing from the PM. We can expect to see more. As well as a few major policy announcements on Con hot button issues to change the channel – like Friday’s to ban AR-15 assault rifles.

An announcement on a pharmacare plan that has been telegraphed for months could also be in the offing. Ordinarily, bold policy statements like that would be saved for near the end of a campaign. But the time is now for the Liberals.

But back to the question. Can Trudeau still win. Much will depend on what the next set of polls say, and the upcoming televised debates.

Word is that reaction in racialized communities to the controversy has been more muted than the scene that’s playing out on social media, where it didn’t take long for #TrudeauMustResign hashtag to start trending. Or, for Russian troll farms to show a significant uptick in activity around the news of Trudeau’s faux pas, but that’s another story.

Liberal insiders say a two or three point drop in Trudeau’s popularity numbers is manageable. But anything more than that, especially in Ontario, could spell trouble if you consider that cannabis legalization was worth five points to the Libs in 2015 among young voters. Once again, that’s the key demographic for Trudeau.

And they were turned off even before this election got started. If they didn’t have a reason to vote for Trudeau before they have another reason not to vote for him now.

Where this controversy also hurts the Liberals is among ethnic enclaves in 905 ridings (where Doug Ford did very well in 2018). The only good news here for the Libs is that the NDP are not running candidates at all in a number of 905 ridings where vote splitting could hurt them.

Why did it take U.S. media to uncover this story?

Of all the questions to emerge out of the #Brownface #Blackface outrage, this is one of the least explored so far.

It was TIME magazine that first published the yearbook photo of Trudeau in Brownface at an “Arabian Nights” themed party at the private school where he taught in Vancouver in 2001.

The magazine hasn’t had a Canadian edition since 2008. And certainly, any number of Canadian publications would have loved to break the story. The Globe (heaven knows), the Post, Maclean’s, The Sun, you name it. They’ve all been champing at the bit to sink Trudeau. The photo was sitting right there on the worldwide web for anyone with an inkling to find it. Indeed, a second photo was discovered within hours after the story broke.

So the timing of this grenade is, as they say in politics, a little circumspect. Especially, since it now turns out a video that has since emerged of Trudeau in Blackface at a high school talent show has reportedly been in the possession of the Conservative party for some time. When did they plan to release that? Do the Cons have any other incriminating material on Trudeau?  (Um, yes).

TIME says it was alerted to the photo by Vancouver businessman Michael Adamson who, the magazine reports, is part of the school community where Trudeau taught. According to TIME, Adamson discovered the photo in July.

Did Adamson shop the photo to Canadian media first? Or did he simply think that leaking it to a U.S. news outlet would create the biggest waves? Did the Conservatives know about it? Adamson has yet to speak publicly on the matter.

But the choice to leak the photo to TIME has had its desired effect. The story was picked up by international media. The New York Times put it on its front page. The international press is driving this story big time.

For them, the shine came off Trudeau long before #Brownface #Blackface. Much like the Ottawa press gallery, major outlets in the U.S. and in Europe who couldn’t get enough of the Canadian PM when he was first elected, have slowly adopted an antagonistic posture toward Trudeau.

Relations with the U.S., Russia, China and India, in particular, have become strained.

It caught little media attention, but those countries are on a list of six nations identified by Canada’s spy agency CSIS as foreign actors who may attempt to influence Canada’s elections. The others are Iran and Venezuela.

What does it all mean for Andrew Scheer?

The Conservative leader emerged from his campaign plane with a very serious look on his face the night the scandal broke to deliver a statement. He didn’t take any questions because, as has been pointed out elsewhere, Scheer has yet to apologize for his own intolerance – in particular, his 2005 speech in the House comparing same-sex marriage to a dog.

I mean, really, he’s the last person who should be lecturing the PM on issues of racism. Scheer spent the entire first week of the campaign putting out fires at practically every stop over racist and homophobic remarks made by a number of his candidates.

To be sure, by Wednesday afternoon there were more allegations of racism in Conservative ranks.This time over Vancouver Conservative candidate Tamara Jansen, who allegedly rented out one of her barns in 2016 for an event which featured performers in Blackface.

Has Jagmeet Singh emerged as a viable alternative for voters?

The NDP leader was already trending up in the polls when the Trudeau bombshell exploded.

Singh has acquitted himself well, holding his own in the Maclean’s debate (in which Trudeau did not participate). And showing class and comportment in the face of some terrible media coverage questioning whether Canada is ready for a PM who wears a turban.

It’s Singh who stands to gain most from the Trudeau fallout. The idea that his is the party that best represents racialized voters who feel marginalized by systemic barriers has been a major theme (rightly so) of his campaign.

But in Quebec, where the NDP stand to lose up to a dozen seats to the Liberals, according to some polls, the reaction to the Trudeau controversy has been less pronounced – at least, so far.

Moreover, on the question of Bill 21, Quebec’s law banning religious symbols in the public service, Singh finds himself in an awkward position. He says the NDP would not intervene in the ongoing court challenge. Trudeau, meanwhile, has left the door open to a federal challenge should the Quebec courts rule in the province’s favour and uphold a ban.

Some pundits have argued that there are more important issues to talk about than the PM’s costume choices 20 years ago. But the controversy may yet trigger a national discussion on  racism – there’s still four weeks left in the campaign. And that’s a good thing because it needs to happen in a big way. And not just because the PM has embarrassed himself. Truth is, there is plenty of hypocrisy to go around.