Locked out condo janitors are the new faces of precarious work

A rally was held on July 24 to support five janitors who have been locked out of their jobs at the Icon Condominiums at 250 and 270 Wellington West.

The janitors have been holding pickets outside the buildings since they were locked out on July 9. But right now, according to Justice for Janitors organizer Jorge Villatoro, their only demand “is for the employer to come back to the negotiating table.”

“We are encouraging the residents to get in touch with their board to consider who they have hired to manage and service the property, and what can be done,” says Villatoro. “The condo board is disassociated with the reality of what cutting costs will do to the lives of workers.”

The three full-time and two part-time janitors are immigrants from the Philippines and they belong to Service Employees International Union (SEIU) Local 2. Their employer, Luciano Janitorial Services, describes itself on its website as a family-owned business providing services to “companies, schools and buildings across Ontario.”

The employer is also seeking to cut paid sick days from four to two, and wants to decrease its contribution to worker health benefits. 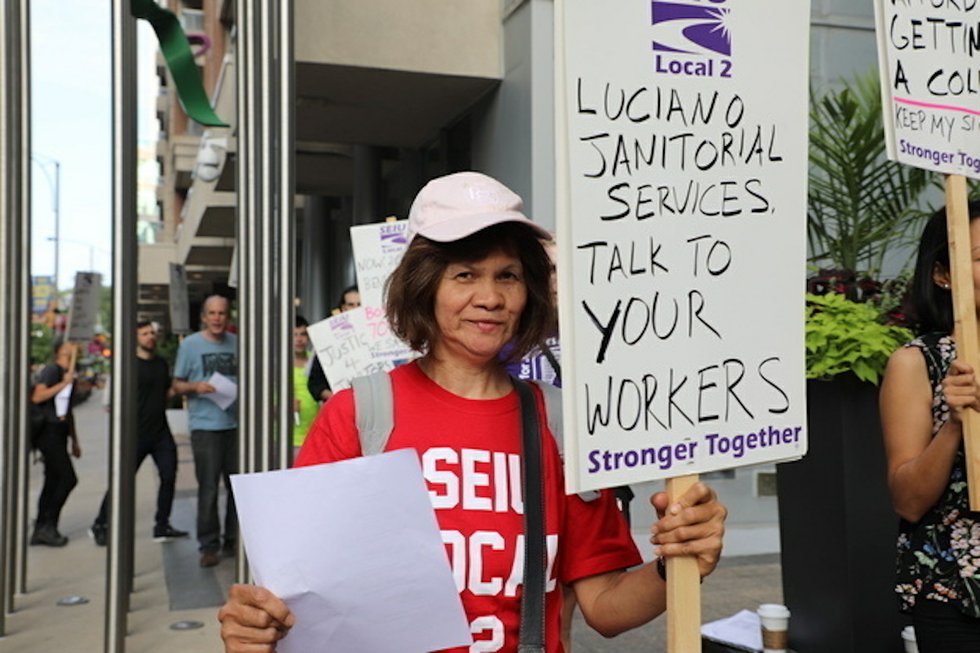 “I’m not rich and I need my sick days if I am sick or have a doctor’s appointment,” says Emma Llanes, who commutes from Jane and Sheppard and has cleaned at Icon for seven years. She is earning $14.50, which is marginally above the provincial minimum wage of $14.

“The residents are very good people and they all know we do a good job to clean very nice for them,” says Llanes. She says she is expected to pay for garbage bags out of her own pocket.

“I’m only asking for the previous benefits to remain and to do better than 30 cents over three years,” says Villamor Castaneto who lives in Scarborough and has also been with Icon for seven years.

“I enjoy my job, I love my job and all the residents here know me, but we are treated very unfairly, because now I cannot pay my rent and bills on time because we are locked out,” says Castaneto. 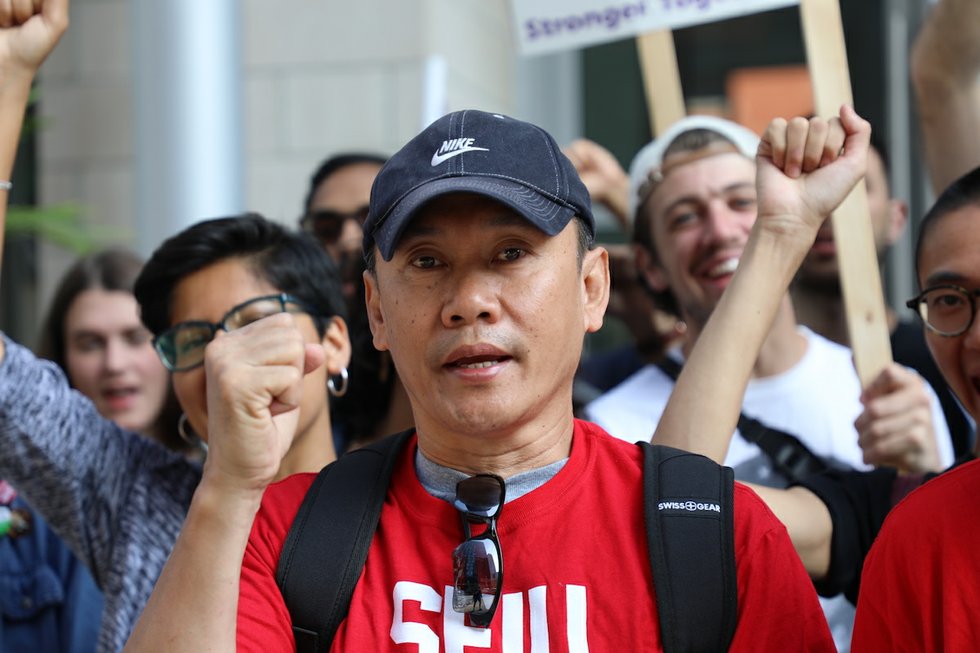 “What we are asking for is fair and I want to go back to work, what is unfair is taking our four sick days and cutting them to two,” says Joven Velasco, who has cleaned at Icon for one year.

Bhutila Karpoche, MPP for Parkdale-High Park, spoke at the rally in no uncertain terms.

“This building is called Icon, which is bullshit. What are they the Icon of? Stealing their workers’ benefits and keeping them in poverty?”

“Toronto is quickly becoming a city for the rich to live in and the poor to travel to work in,” says  Villatoro. 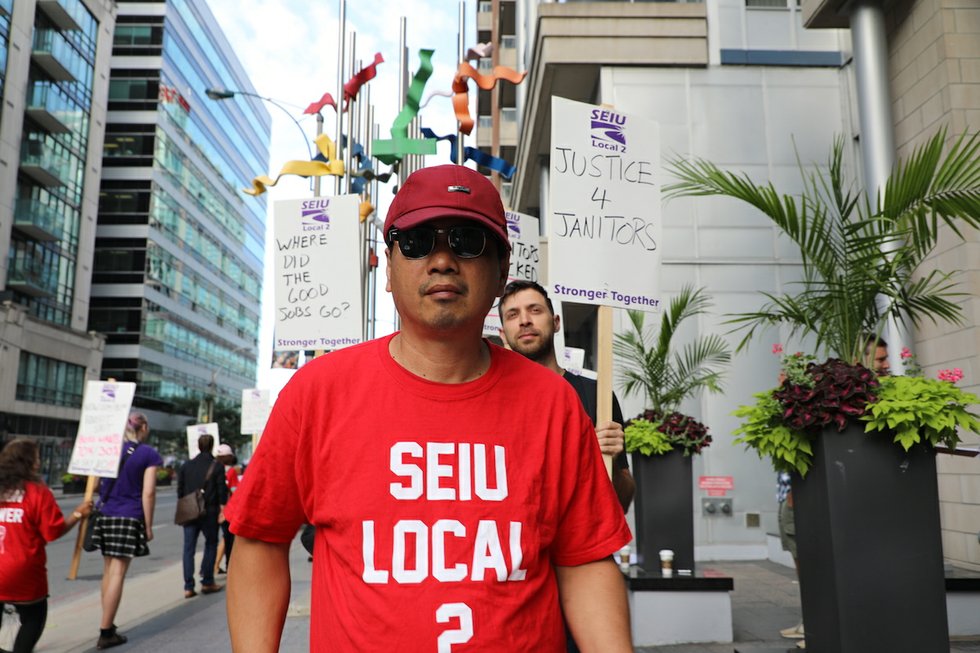 Luciano Janitorial Services took over the janitorial contract for the buildings last year.  They were awarded the contract by Del Property Management, which is retained by the condominium’s board of directors, the Toronto Standard Condominium Corporations #1441 and #1549.

Neither Luciano Janitorial Services nor Del Property Management responded to requests for comment from NOW. A request to be put in touch with representatives of the buildings’ condo boards also went unanswered.

“I think in a city like Toronto what they are asking for is not excessive in any way,” says resident John Stanford, who encountered the rally while exiting the building. “They are very conscientious and very good workers.”