The Danforth shooting: anatomy of an online hate fest 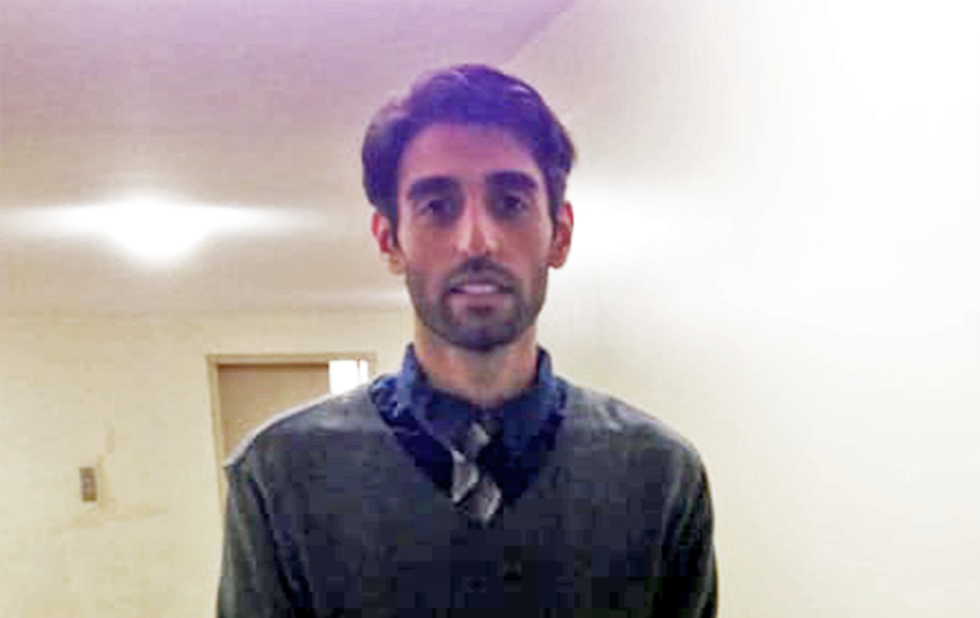 Faisal Hussain in an image released by his family.

Faisal Hussain in an image released by his family.

It didn’t take long for the angry mob to come out of the woodwork and start infecting social media with their anti-Muslim, anti-immigrant, anti-Black, anti-everything drivel after Sunday’s mass shooting on the Danforth, in which three people (including the shooter) were killed and 13 others injured. Welcome to the info wars.

These days there are plenty of Joe Blows with their tiny cabal of Twitter followers and Facebook friends – and Trump-inspired #MakeOntarioGreatAgain hashtags on their profile pages – blasting away on the news of the day. Individually they’re just annoying. Together, they’re contributing to a radical shift in political discourse in Canada.

Don’t look now but the barbarians – supported by Russian bots, it seems – are not only at the gates, they’ve invaded social media like stink on shit, quickly turning Twitter and Facebook into the real repositories of fake news. It’s no wonder the social media giants have a credibility problem.

Conservative forces in Canada in particular have been marshaling their PO’d supporters on social media channels. The Cons have figured out that if you get enough people tweeting about something, presto, it becomes truth. It’s been a great vehicle for fundraising.

Conservative Party leader Andrew Scheer, for one, has turned his party’s Twitter feed into a propaganda machine, churning out red meat for the masses like he’s on crack. He’s lying all the way to the upcoming federal election on everything from asylum seekers to trade tariffs to the children’s play set at the PM’s official summer residence at Harrington Lake, among other things.

In any other country, we might call what’s happening fascism. The vitriol certainly resembles the xenophobic hysteria in many countries in Europe. Maybe we’re too polite to come right out and say the f-word, but it’s happening alright. The Brown shirts in training are already confronting people of colour in public.

How did we get so stoopid?

The election of Donald Trump has not just given licence to baser instincts in the United States. Trump’s fake nationalism has spread to all parts of the globe. It was only a matter of time before its incipient odour polluted our politics.

We saw a similar phenomenon up close in Toronto shortly after Rob Ford was elected mayor. We’re seeing it again, only worse, with his big brother Doug now the number two man in all of Canuckistan. Comedian Sacha Baron Cohen’s new series on Showtime, Who Is America?, exposes the madness of racist, Islamophobic America. The same question could be asked of us.

In the minutes following the tragedy on the Danforth, a tweet warning not to read too much into early media reports started making the rounds. A good thing, given how much got lost in translation the last time Toronto was confronted with a similar tragedy – the van rampage on Yonge Street in April that killed 10 people and injured another 16, some of them critically.

In that one, certain conservative media types were running around like dogs in heat trying to find anything to confirm our worst fears that the alleged assailant, later identified as Alek Minassian, was inspired by similar terror attacks in Europe. Turns out he was motivated by a hatred of women.

A similar fomenting of anti-Muslim sentiment reigned Sunday, despite early clues that the shooter may have struggled with mental illness. Local councillor Mary Fragedakis hinted as much in an interview with reporters on the scene.

After the Special Investigations Unit (SIU), which probes incidents of serious death or injury involving police, identified the shooter as 29-year-old Faisal Hussain on Monday, Hussain’s family issued a statement saying he had suffered from severe mental illness, including psychosis, and that medication was of little help. The CBC and other news outlets are now reporting that Hussain killed himself (another clue he may not have been a jihadist because jihadists don’t kill themselves).

According to VICE, Hussain is one of four children, described as a loner by those in the Thorncliffe Park apartment complex who were acquainted with him. It’s the kind of narrative we’ve become accustomed to with lone wolf gunmen. Only this one is more complicated. Hussain’s brother has reportedly been in the hospital with a coma from a drug overdose for months. This piece in the Star suggests Hussain’s brother was a drug dealer with access to guns. Hussain’s sister, meanwhile, died in a car accident some years back.

The Twitter mob, however, was unconvinced, unleashing an explosion of I-told-you-sos after Hussain’s name was released. For them, that he was Muslim was enough to prove his actions were an act of terrorism.

A few media types at the Sun jumped in demanding to know what mosque Hussain attended and who his “associates” were – assuming he had friends. They completely lost their shit when ISIL claimed responsibility for Hussain’s attack two days after the fact. It didn’t matter that these days ISIL, reduced to a rump in Iraq, is taking credit for everything. Or that a number of police sources, including the RCMP, have already confirmed there is no evidence to suggest Hussain was inspired by any known terrorist network.

But the Twitter trolls do so love their conspiracy theories. A few among them wondered why it took “so long” for authorities to release Hussain’s name. Rebel Media Commander Ezra Levant, a longtime purveyor of anti-Muslim trash, was hot on the trail of that one, characterizing the release of the SIU statement and family’s statement a short time later as a carefully orchestrated campaign. The Rebel crowd think the reason for that goes right up to the PM’s office. It’s a cover up!

It didn’t take “so long,” in fact, for the SIU to release Hussain’s name. It took 24 hours. No matter. They still think Quebec City mosque shooter Alexandre Bissonnette (remember him?) is being framed and that it was someone else – maybe even another congregant – who pulled the trigger on innocents while they were praying.

Truth is that it’s the SIU’s practice not to release the names of shooting victims – or cops for that matter – being investigated by the unit. In the Hussain case, the SIU made an exception, citing overwhelming public interest.

If there’s any conspiracy to indulge here, it’s why the SIU released Hussain’s name at all knowing how much it might inflame public sentiment. Was it the hand of Doug Ford?

Meanwhile, by Tuesday night, less than 24 hours after the release of Faisal’s name, there was a huge increase in the number of tweets about the Danforth tragedy from a set of Russian-controlled Twitter accounts.

Increasingly right-wing extremists in Canada are getting their “news” from U.S. media outlets thanks to 9/11 and the integration of our law enforcement agencies since the so-called War on Terror.

Fox News’s story on the Danforth shooting hyped the terror angle right off the hop, proudly reporting that it was one of the first international outlets to “jump” on the story, which featured a photo of a phalanx of cops dressed in camo shorts. Turns out the photo was of cops in another city. Under the story’s main headline was a link to Fox’s story of April’s van attack (another on which Fox stirred the anti-Muslim sentiment) and below that a piece entitled “Has Canada lost track of thousands of Syrian refugees?” You get the picture.

The New York Post, Trump’s hometown paper, quoted “a source” of unspecified origin, saying that Hussain was a “kook” with an obsession with Batman and death. Police interviewed him in 2010 about that in another sign of mental illness. This source alleged that Hussain had been arrested on two other occasions once for armed robbery and another time for carrying an imitation handgun. But Toronto police say Hussain has no previous criminal record. Maybe the Post confused Hussain with his brother? Maybe they made it up.

Most Canadian news outlets, with the exception of the Sun, have been more careful. But it has to be said that coverage of the shooting by some (particularly in radio and TV, where sound bites rule) hasn’t been as clear-eyed as it could be.

Some among them are conflating a recent spike in gun violence in some of the city’s priority neighbourhoods with the Danforth attack. They have nothing to do with each other. The first are related more to gang violence and the root causes of crime that contribute to gunplay in at-risk neighbourhoods. The Danforth shooting took place in a well-to-do neighbourhood, one of the city’s best known tourist spots, in the heart of lefty Toronto and NDP leader Jack Layton’s old ward.

What was the motive?

Police are still trying to figure that out. Mayor John Tory has suggested indirectly that Hussain somehow was able to get a gun despite reports he suffered from mental illness, and is now calling for a ban on all handguns in the city, which is an idea David Miller espoused after Toronto’s so-called Summer of the Gun back in 2005.

To be sure, there are legit questions to be asked about how Hussain got hold of a gun. The video showing him shooting into a Danforth café suggests he has had experience handling weapons. It would be just as easy for him to buy one on the street. The number of previously legal guns being sold on the street has been rising in Canada. It’s easier to get a weapon on the street now than going Stateside.

The Libs are attempting to close loopholes in gun control laws to include more background checks. A bill is before the Senate after the previous Harper government gave away the store to the gun lobby.

The Cons’ friends on Twitter won’t want to hear that. To them, gun control has zero to do with the Danforth shooting.

But if we’re looking for people to blame for Sunday’s attack then that’s another area to explore, as is the fact that Toronto is a global city that has so far been very lucky to be spared the kind of terrorism-inspired violence we see in other cities of comparable size. There are many reasons for that, including the fact that we have historically been a welcoming country.

Not anymore. We live in polarizing times. And it’s only being made more dangerous by those who insist on blaming Muslim terrorism every time a tragedy like Sunday’s shooting occurs. The braying isn’t helping.