The Danforth shooting: how the Toronto Sun helped the far-right exploit a tragedy 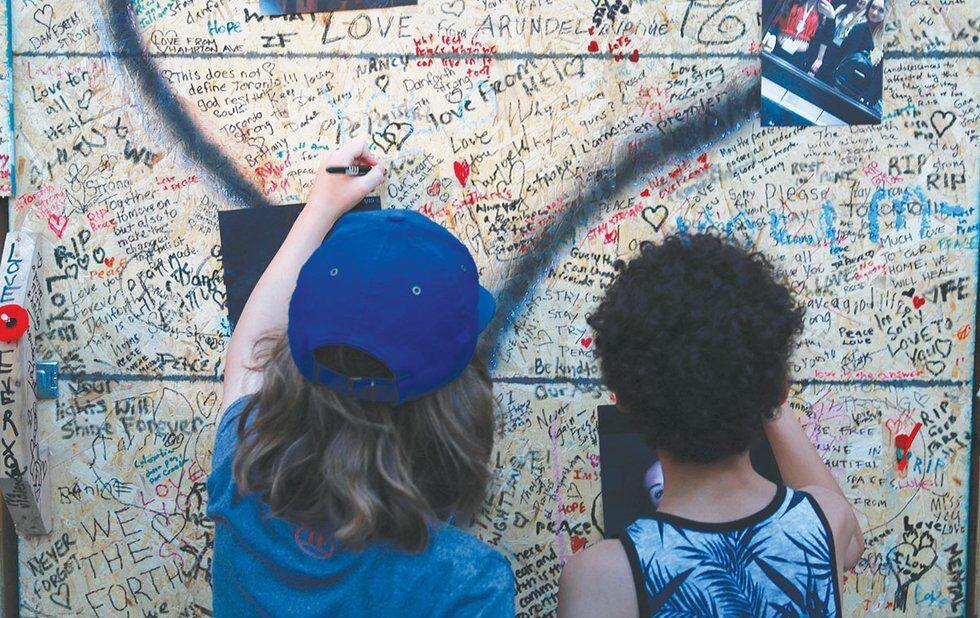 Visitors at the July 25 vigil for Danforth mass shooting victims.

Along with the waves of shock and sorrow that followed last month’s mass shooting in Greektown was the usual media frenzy to explain what happened.

But it was the coverage of the Toronto Sun, long known for its hard-right editorial stance, that stood out by giving voice to conspiracy theories usually associated with far-right groups.

That these voices are increasingly making their way into mainstream media, experts say, signals a shift in the public’s standards for what counts as truth.

And “it’s all happening,” says Mark Potok, former director of the Intelligence Project at the U.S.-based Southern Poverty Law Center, “at a time when anti-Muslim hatred has become the chief expression of the far-right.”

Potok says the far-right’s usage of online platforms have helped create “echo chambers” that rapidly transport commentary or rumours from the fringe-right into the political mainstream.

“As we’ve seen the polarization of society,” notes Potok, “we’re witnessing the same for news [media]. The result is this kind of demonization or mis-characterization of violent events. It just happens again and again.”

For example, after a statement released by the family of shooter Faisal Hussain confirmed a history of psychosis and self-harm, Sun columnist Anthony Furey wrote a piece on labour organizer Mohammed Hashim, the “spin doctor” who helped write the statement released by the Hussain family. The story got picked up by Robert Spencer, founder of the U.S.-based anti-Islam website Jihad Watch, who then appeared on Joe Walsh’s show on Fox News to further disseminate rumours of how the Canadian mainstream media is “covering up” the shooting’s jihadist connections.

Furey also invited far-right blogger Mitch Wolfe onto his National Post Radio show on SiriusXM. Wolfe, a former Rebel Media contributor, asserts that video of the shooting is plain proof of his marksmanship, and that Hussain was trained by a “local terrorist cell.” Wolfe referred in one of his posts to Hussain as a “Muslim animal” and faults “political correctness” as the reason for why the shooter was able to carry out the massacre.

But Furey wasn’t the only Sun columnist pushing far-right conspiracies. Sue-Ann Levy speculated wildly on Twitter that the attacker might be a “refugee” in the moments after the shooting. She later deleted the tweet. More ominously, Joe Warmington tweeted out the address of Hussain’s family, and implied that they were also tied to the shooting. Levy declined NOW’s requests for an interview. Furey and Warmington did not respond to our requests.

Voices from the far-right (and media like the Sun), along with independent bloggers and activists like Wolfe and Spencer, all pivot their commentary and reporting on the idea that their content provides the clear, unvarnished truth that the liberal mainstream media lacks the courage to report because of its love for “political correctness.”

Today, the “truths” being disseminated are most often related to the threat posed by Muslim extremism. Thanks to the rising far-right rhetoric coming from offices as high as the U.S. presidency, Islamophobia has intersected with a culture of unsubstantiated conspiracy.

When the U.S. president actively endorses and engages in conspiratorial rhetoric, Uscinski says it has the wider effect of activating people all around the world.

The prominence of today’s conspiracies around the Muslim community is related to this dynamic.

According to Duke University sociologist Christopher Bail, a well-funded subculture of anti-Muslim think tanks and non-profits have been growing since 9/11. The age of Trump has only served to further embolden their rhetoric.

He says of his research, “At first I expected to find lots of people saying anti-Muslim things post-9/11, but instead I found a small minority of organizations and non-profits who were responsible for most of the anti-Muslim rhetoric out there. They were just receiving a really disproportionate share of media attention.

“A lot of the money gets funnelled into places like Jihad Watch and a small industry of terrorism experts, many of whom are on the speaker circuit, creating a number of small documentary films, and launching specific campaigns,” he says.

Their voices often arise to take advantage of tragedies like the Danforth shooting by antagonizing the Muslim community, the wider media or anyone who criticizes them for painting an entire religious community and faith as a pro-terrorist entity.

Amira Elghawaby, board member of the recently formed Canadian Anti-Hate Network, is calling for officials to refuse interviews with the Sun and readers to complain about the Sun’s coverage to the National Media Council.

While the Sun has been fairly clear that its editorial mandate is to push right-wing narratives, Elghawaby says its coverage of the Danforth shooting amounts to fake news.

A leaked memo detailed the Sun’s plans ahead of this summer’s provincial election to aggressively push the line that the Liberals have stoked a “culture war” by trying to create “equal outcomes” in Canadian society.

Elghawaby says that this example, combined with a well-known tendency to “stoke and propagate fear” of Muslims in Canadian society, is “creating a very negative climate for minority communities.”