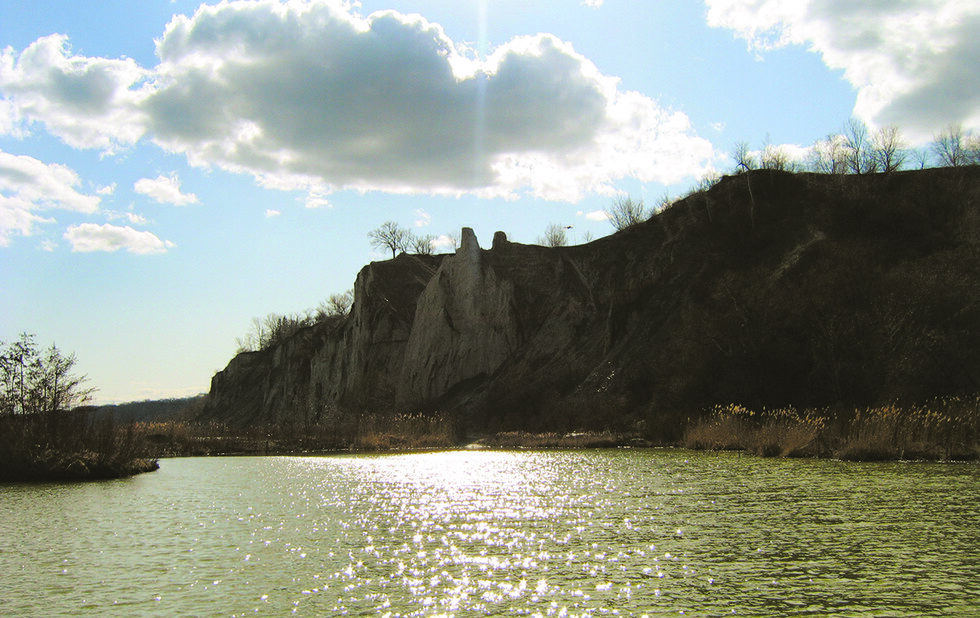 Some 95 per cent of the province's population lives in watersheds managed by conservation authorities.

The increasingly frequent and severe storms of climate change may be at Ontario’s gate, but recent moves by the Ford government to cut funding for flood management programs in half is unleashing a crisis of conservation in Ontario.

And yet Ontario accounted for only three per cent of Federal Disaster Financial Assistance payments in 2014. The efforts of conservation authorities to mitigate flooding get the credit for that performance, according to a 2016 report of the Parliamentary Budget Officer.

CAs have been the province’s boots on the ground, collecting bugs and fish in creeks and rivers across their watersheds, and measuring samples, assessing the data and then developing programs to support nature’s ebb and flow. Following the devastation of Hurricane Hazel, Ontario’s conservation authorities were granted the power to map provincial floodplains and ban construction on them in an effort to prevent future disasters.

“There are places where we just shouldn’t be building,” says Kelsey Scarfone, a program manager at the advocacy group Environmental Defence.

Scarfone says conservation authorities are best qualified to judge what buildings and their placement can put people, property and the sustainability of watersheds at risk.

But when success is measured in the absence of something, it’s easy to dismiss.

After the Ford government cut funding to CAs in April, it followed with Bill 108, the More Homes, More Choice Act, which contained more perplexing changes to the Conservation Authorities Act.

Under the bill, activities like monitoring water quality and quantity are to be restricted to Conservation Authority lands alone. But these make up just a small fraction of the province’s watersheds.

The government denies CAs will be prevented from acting across watersheds as they always have. But Bill 108 will compel CAs to go to each of the municipalities within their watersheds for funding to carry out work like tree-planting and stewardship, now defined as non-mandatory. Also, with more than 400 municipalities in the province, the prospect of getting everyone in a watershed area to agree to no-longer-mandatory projects, seems unlikely.

The word “watershed” doesn’t actually appear in Bill 108, but the government denies it is signaling a move away from the concept of watershed management.

CAs are “watershed-based entities and their mandatory programs are expected to be carried out with an eye to the watershed scale,” a representative of the Ministry of the Environment, Conservation and Parks wrote in an email response to questions from NOW.

But if CAs can no longer afford to carry out watershed-wide data analysis and modelling, how can they be expected to act with “an eye to the watershed”? It would be like asking someone to bake a cake while preventing them from assembling the ingredients.

“You can’t manage what you don’t monitor,” says Andrew McCammon, executive director of the Ontario Headwaters Institute. “Huge volumes of work that are very valuable to safeguard our watersheds are simply going to disappear.”

We might, for example, miss noticing that a particular stream is losing its macro-invertebrates (beetles, aquatic worms, snails, leeches, etc….) – the canaries in the coal mine that signal deteriorating water quality.

If CAs don’t conduct the monitoring, they can’t develop the action plans to protect stream temperature. Cold-water trout may disappear, only to be replaced by warm-water catfish. The lakes’ commercial fishery could disappear along with native fish species, and invasive foreign ones, such as Asian carp, could fill the void.

If pollution in streams isn’t noticed, their flow into the Great Lakes could lead to algae growth, diminishing the quality of the drinking water for millions.

“There is no agency that can replace the on-the-ground knowledge and specific site-based expertise that CAs have,” says Scarfone.

How Bill 108 changes to the Conservation Authorities Act play out on the ground won’t be known until the government develops regulations over the summer. Much still hangs in the balance.

“We’re entering into an era of unpredictability,” says Elizabeth Hendricks, Freshwater VP at the World Wildlife Fund (Canada). “It’s not the time to be reducing oversight.”