NOW MagazineNewsTop 10 advancements that shaped the 2000s and beyond.

Top 10 advancements that shaped the 2000s and beyond.

1. The smartphone The innovation of the. 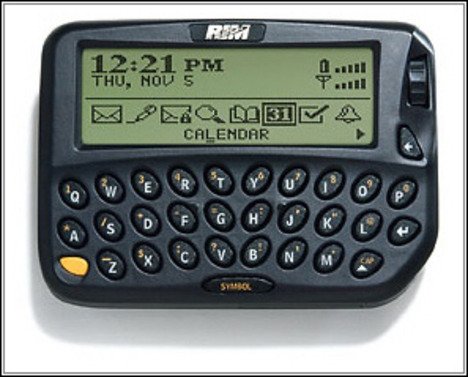 The innovation of the decade came in 2002, when Waterloo’s Research in Motion released the almighty Blackberry, the world’s first real smartphone. That opened the gate for Apple’s dazzling iPhone, which launched in 2007 and is nearly ubiquitous at decade’s end, and Google’s Android, poised to take over the market in the next two years. RIM, Apple and Google seized on a simple concept – a computer in a cellphone – and changed the way we live.

Social networking, from a bare-bones ICQ to user-friendly Facebook to sophisticated Google Wave, had its boom in the 2000s, but will go on forever.

The decline of the news media empire started with citizen journalism – people outside the mainstream media reporting on events as they happen. The democratizing of news took off after 9/11. In 2004, Toronto experienced the wave of city blogs, notably BlogTO and Torontoist, which helped young writers cut their teeth and newspaper reporters steal stories. Toward 2009, the official media finally came around to blogging, as both city blogs teamed up with national newspapers. The untrained bloggers ended up teaching the journalism lesson to the professionals.

Think back to the dark days of the early 2000s: Windows, Aptiva, Hotmail, MSN Messenger. Microsoft had the only game in town. Now that Apple and Google rule, the question is, have we gone from one tyrannical reign to another?

In the mid-2000s, governments began freeing up their data for the public to see and use, from parking info to crime blotter to building code. Transparency, participation, innovation – through things like Facebook. Barack Obama is a firm believer in the open data movement, as is Toronto, which liberated its data in 2009.

In January 2006, Parkdale MP Sarmite Bulte held a $250-a-plate fundraising dinner at the Drake Hotel, inviting a gamut of music industry lobbyists. At the time, she was in charge of reforming Canada’s copyright legislation. But her one-sided bill, which would have turned Canada into a country of downloading criminals, never made it to law. She was booted from office a few weeks later. The event galvanized Internet users to vote, lobby and campaign for their rights. The copyfight continues today, as well as ongoing battles over Net neutrality.

Every meltdown, nipple slip, sex tape, mistake or outtake is trapped on YouTube. It’s also the only place to watch music videos any more.

Storing data online instead of on a hard drive is smarter and safer. Trusting Web companies is the same as trusting the companies that make your computer. Thanks to Web-based services like Flickr and Google Docs, the loathsome Microsoft Office is a building in Washington state, not an essential program.