Review: Immersive Nutcracker will get you in the holiday spirit 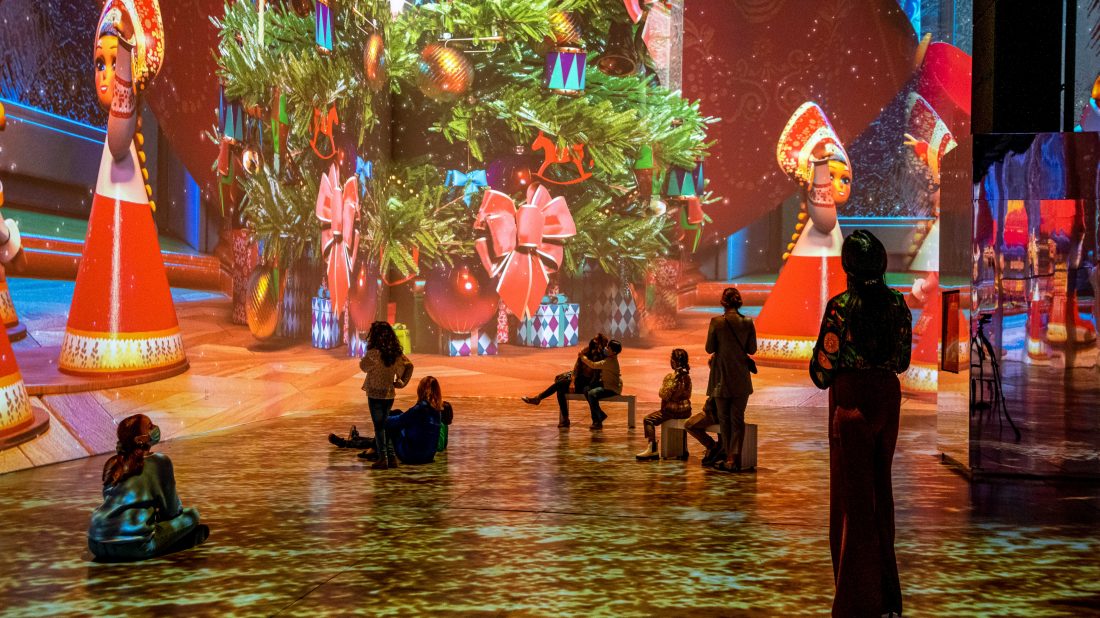 Although live, in-person performances of holiday classic The Nutcracker are returning this year, it’ll be hard to beat The Immersive Nutcracker for sheer social-media-ready fun. Not only can you and your little dance-obsessed charges prance around the enormous space, interacting with the animated characters and cool special effects, but afterwards you can take enviable Instagrammable moments for your followers.

The half-hour-long show is being presented by Lighthouse Immersive, the same folks who have made works by Van Gogh and Klimt come to life in tens of millions of pixels during the pandemic.

But what it has that’s unique is a story, loosely based on E.T.A. Hoffmann’s tale about a girl who befriends a nutcracker that suddenly comes to life on Christmas Eve and battles a Mouse King. It also features the familiar music by Tchaikovsky, although at 30 minutes it’s been tightened and sweetened considerably – mostly, it seems, to avoid some cultural stereotypes (gone is the haunting Arabian Dance, for instance).

The animation is quite magical. At the start, unseen projectors blanket the 500,000 cubic feet of the white-walled space with a wintry landscape – don’t be surprised if you want to release your inner Elsa here and belt out Let It Go. But soon we enter a cozy house and watch while a Christmas tree’s ornaments come to anthropomorphic life and then see real-life children enter the scene, get swept up in the magic and then become animated – both literally and figuratively.

Balletomanes won’t leave disappointed; the Prince Nutcracker and Princess Marie are gracefully performed by Denis Rodkin and Eleonora Sevenard, both from the Bolshoi Ballet. Gifted young Canadian dancers Elizabeth Pivovar and Alexander Marinosyan play siblings Marie and Fritz. One of the highlights of the media preview was watching little aspiring ballerinas mimicking Marie’s movements. Really young kids might simply have fun trying to catch snowflakes and snowballs as they dance about the floor. And during the climax, there’s a cool wintry surprise I won’t spoil.

While the audio system could be improved – the sound seemed a tad muffled – this is wonderful family entertainment, the perfect thing to get you in the holiday spirit. Out in the lobby the experience continues, with some sparkly installations and an oversized Nutcracker to keep the magic alive – at least on social media.