Playing leads in Spider-Man: Turn Off The Dark and Beautiful: The Carole King Musical was a dream come true, but there was more going on behind the razzle dazzle 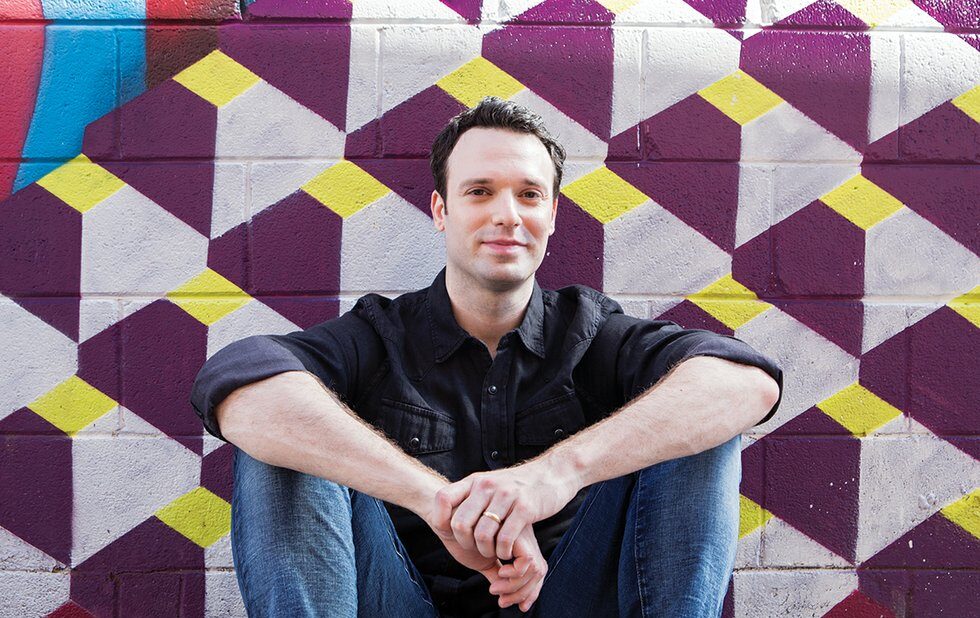 Jake Epstein has played the lead in two Broadway musicals, including one of the most infamous shows of the past decade. As a teen, he attended friend and fellow Degrassi castmate Drake’s bar mitzvah. And, after years spent apart, he’s finally ended up with the love of his life.

But only now is he talking (and singing) about the darker sides of the industry: receiving injuries getting booed onstage losing his job in a Tony Award-winning show.

That’s the premise of Boy Falls From The Sky, his solo Fringe cabaret about the highs and unexpected lows of being a Broadway performer.

“What happens when you achieve a version of your dream, and it’s disappointing?” he says, with candour and modesty.

The title, of course, is a cheeky reference to the Toronto-born actor’s turn as the title character in the ill-fated Bono/Julie Taymor Broadway musical Spider-Man: Turn Off The Dark, which was better known for its hazardous falls and creative in-fighting than for its music and story.

A year after making his Broadway debut in that show, Epstein originated the role of Gerry Goffin, Carole King’s former husband in the smash hit Beautiful: The Carole King Musical.

Leads in two Broadway shows: What could possibly be wrong?

Well, as the high-flying Spider-Man, Epstein sustained injuries to his wrists and ankles. And in Beautiful, because his real-life character was a philanderer, his Goffin became the show’s antagonist, and the actor routinely received boos during the curtain calls.

Both experiences were enough to make him return to Toronto, stop singing and stop auditioning for any musical theatre parts.

“Worse,” he says, “for the longest time, I didn’t talk about this to anyone. Because who was I to say anything bad about how lucky I’d been?”

Gradually, though, he began opening up to friends and some family members, and everyone found the stories funny and relatable. So he decided to put them on paper and make a show.

“Originally it was called I Hate Musicals: The Musical,” he laughs. “I pitched it to director Robert McQueen (Fun Home, Life After), and we turned it into a solo show, playing with tone and humour, just trying to get to the core of what it was I wanted to say.”

The show interweaves stories about his career with a song list too eclectic to spoil. Epstein sings, plays guitar and is accompanied by musical director Daniel Abrahamson. 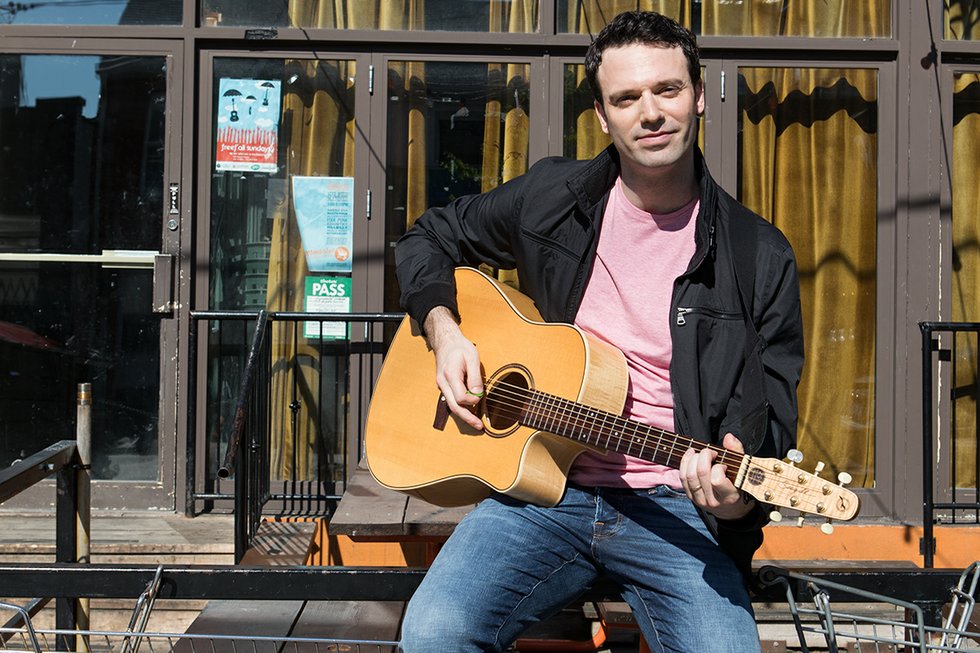 We’re sitting in a corner of the Supermarket, in Kensington Market. It’s the intimate venue for his show, but it’s also a place that has symbolic meaning. More than a decade ago, he and his high school musician friends would hang out here, the Free Times Cafe, the Boat and the HotBox Cafe, trying to break into the indie music scene.

“When I think of this place I think of skipping school, probably smoking my first cigarette, buying way too many tight band T-shirts like the Red Hot Chili Peppers and Rage Against the Machine. And also, you know, trying to find myself.”

That final line is pure Epstein: self-deprecating, soulful and almost painfully true. Whether he’s on film and TV or the stage, speaking lines or singing, Epstein has a way of connecting to the heart of a character.

The roots of his love of theatre go back to a series of childhood car trips to New York City. His parents – his dad is a lawyer and his mom is a writer of Holocaust-themed books for children – would drive Jake and his sister, Gabi (also a musical theatre actor – currently in her first season at Stratford) from Toronto to Manhattan, listening to Broadway CDs all the way.

“Gabi and I would just play,” laughs Epstein. “We’d imitate the voices we heard all the way there and back. It was a weird kind of training, this exposure, and I’m sure it fostered our love of musicals.”

His first professional gig was playing the paper boy in Soulpepper’s production of Our Town at the Royal Alex. Soon after, he won the role of the Artful Dodger in the Mirvish Production of Oliver!

His folks were supportive, but not obsessive, about his passion.

“They’re definitely not stage parents. They’re just very relaxed about the business. It’s probably one of the reasons that both my sister and I are still doing it. After I got Oliver! they were, like, ‘What? You got that thing?’ I had to dance in the show, and I’d never danced before. To me, it was all just fun.”

He wasn’t prepared for how popular Degrassi: The Next Generation would become. Even after all he’s achieved, it’s still the thing he’s most famous for – and the question he gets asked the most is whether he’s friends with Drake. (He is.)

“I don’t think anyone knew it would become much beyond a kids’ show,” he says. “And then when it began airing in the States, and some episodes became famous – one of them featured an abortion and got banned – it created this cult following.”

After attending the National Theatre School of Canada, he focused his energy on theatre. A now-legendary production of Dog Sees God: Confessions Of A Teenage Blockhead followed. And he got cast in national tours for two of the more inventive musicals of the millennium: Spring Awakening and the Green Day show American Idiot.

And then, in 2012, he got cast as the alternate for the lead in Spider-Man.

“It was my Broadway debut. I had been a massive comic book fan growing up. So to play that part was so exciting and so beyond what I thought was ever possible,” he says.

His eyes start welling up.

“I got hurt doing it, but I didn’t want to tell anyone. People were so excited for me, so proud of me, I didn’t want to disappoint anyone. People spend their entire lives trying to get something like this. And I didn’t want anyone to make me stop. When you’re younger, you have this Herculean attitude that you can put up with anything. But beneath the spandex suit I was all bandaged up.” 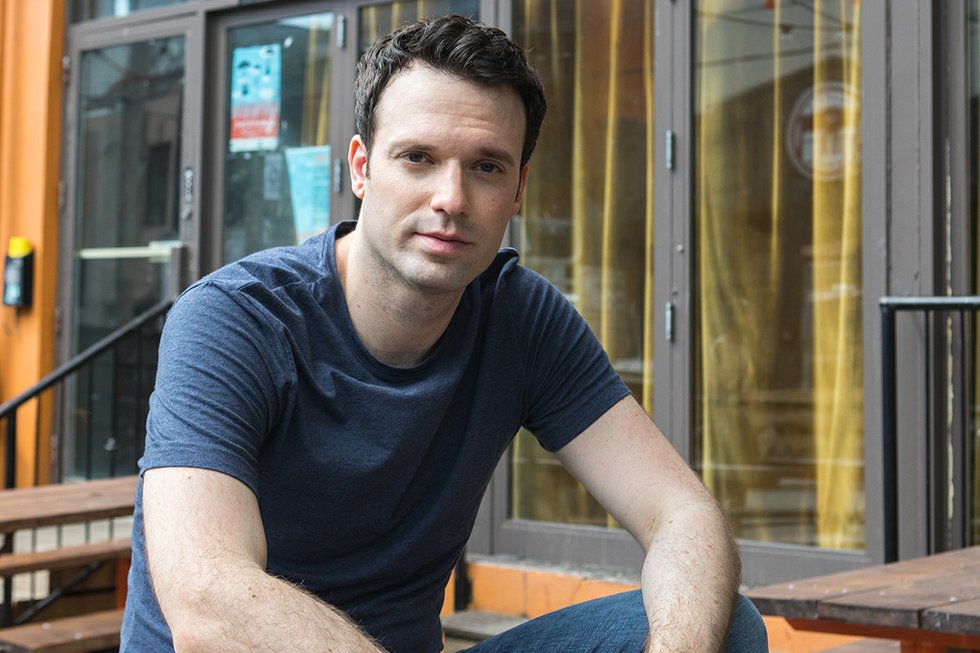 The Carole King experience was slightly different. He had never been part of an original Broadway show before, and the script changed a lot. The version of Goffin that ended up in the final show wasn’t the part he had auditioned for.

“I had to be open to the idea that the play’s the thing,” he says. “They needed a clear antagonist. But it was tough, because Goffin was alive at the time. I was in touch with Carole King, who kept encouraging me, ‘Do everything you can not to make him the villain.’ And so, when I started, and audiences reacted so negatively to the character, I felt like I was letting people down. Like I was letting Gerry down. This was my dream, a big original role, and I was getting booed.

“And I didn’t have the maturity to understand that they weren’t booing me. I did the show for over a year, and that was a lot of energy to take on every night, and by the end it wore on me.”

After he left the show – his contract wasn’t renewed – he returned to Toronto and put all his energy into doing TV and film.

He landed a part in the Kiefer Sutherland series Designated Survivor. And then got a recurring role in the show Suits.

On his first season there, he went up and introduced himself to one of the stars: “Hi, I’m Jake, what’s your name?” And everyone around him laughed.

“She was very nice and said, ‘Oh, I’m so sorry, I’m Meghan. Nice to meet you.’ And we chatted. I found out later who she was. Life is crazy.”

During Epstein’s Broadway career, he was also in the midst of a long-distance relationship with his girlfriend (and current wife), the talented storyteller and actor Vanessa Smythe. A former co-host of a storytelling event called The Spoke, produced by Outside the March, Smythe was the person who first convinced Epstein to get onstage and tell stories about his life.

“She got me to realize that there’s nothing like somebody with a microphone, telling a true story, something that’s funny or horrific or whatever. There’s so much power in that.”

And that storytelling obviously led to this current show.

“Isn’t that what theatre is all about? Revealing different sides of yourself. This is the most personal thing I’ve ever done. I’m half terrified, but very excited.”